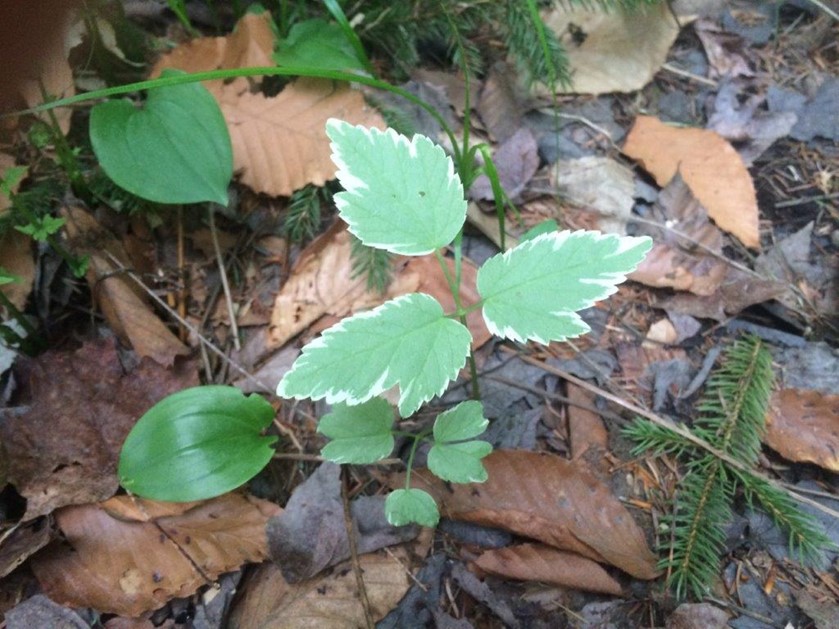 General Information: Goutweed is a common invasive groundcover that was originally introduced to North America as an ornamental plant. Goutweed creates dense carpets of vegetation that restrict the amount of sunlight available for native species. Unlike other groundcovers, Goutweed does not climb.

Goutweed gained some popularity as an ornamental plant because it provides abundant groundcover in shaded or partially-shaded environments, requires little maintenance, and spreads without much encouragement. However, these same characteristics make it a persistent invasive species that can establish itself in the forest understory and disrupt the native plant diversity.

Identification: Goutweed has a compound leaf with serrated edges that are alternate on the stem, and can be either solid green or variegated with white edges. Goutweed flowers from June to August, producing small white flowers in compound umbels which appear umbrella-like on the stem. It is a perennial plant that reproduces by seed or through underground rhizomes.

Control: The extensive rhizome network of Goutweed allows it to regrow quickly after cutting, and presents challenges for eradication. Digging up the plant, including the entire root network, can be effective but needs to be done meticulously because the plant can regrow from a single root fragment. This may need to be done over several years before eradication is complete. Small patches of Goutweed could also be covered with a tarp for a growing season. Some plants may require herbicide treatment for successful eradication; contact Ontario Parks for further information.