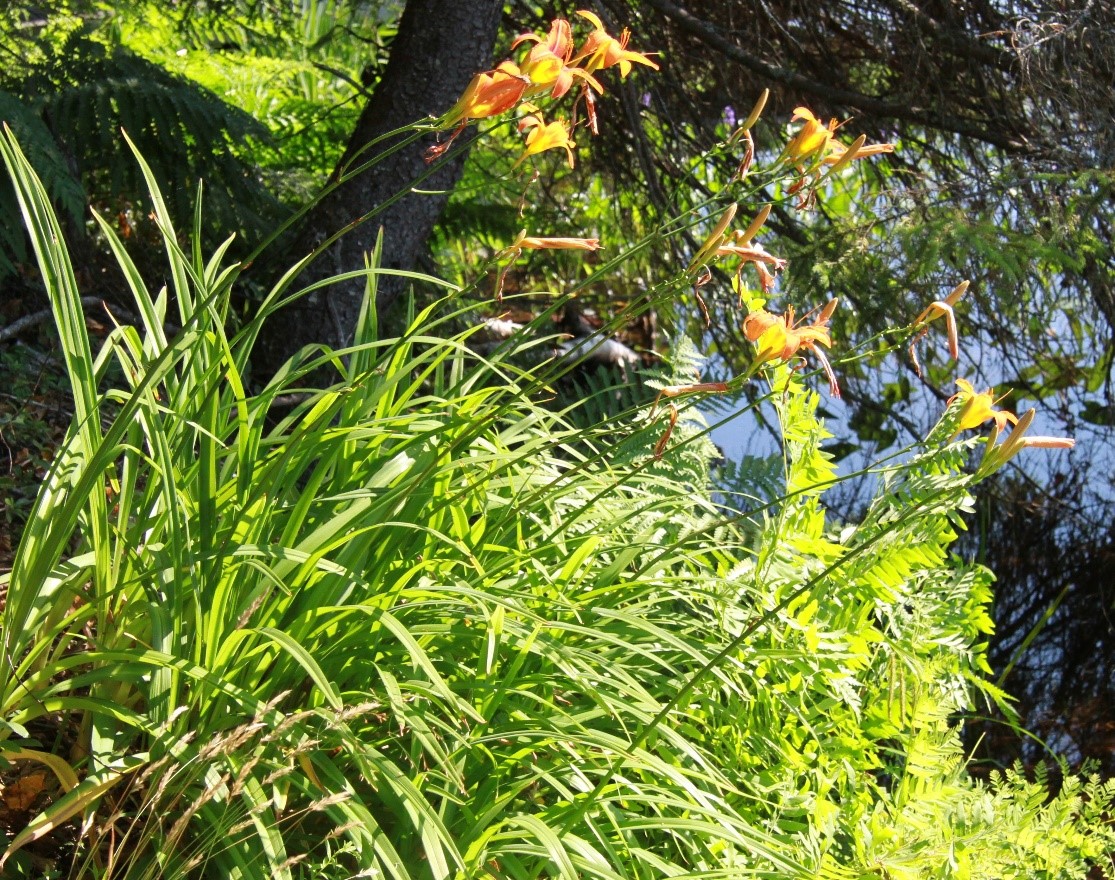 General Information: Daylily is a widespread perennial that was introduced from Asia in the early 19th century. It is still a popular garden plant because of its hardiness, ability to spread and showy blooms. This herbaceous forb is commonly seen along roadsides and near old buildings and homes where plants have escaped from gardens into surrounding ecosystems. Once established, Daylilies are capable of displacing native vegetation communities and altering ecosystems where it invades.

Daylilies can thrive in wide range of conditions; from full sun to partial shade, in meadows, floodplains, forests and along forest edges. Daylilies spread from a network of tuberous roots, from which new plants grow. Even fragments of roots left behind during removal have the potential to proliferate. Daylilies also produce large seed capsules and can spread by seed. These traits make Daylily a difficult plant to control and remove.

Identification: Daylily is a bulbous perennial which grows from 0.5 to 1.0 meters tall. The leaves are bright green, long and thin, originating at the base of the plant and arching outward. Daylily blooms in mid to late summer, often with large orange, striped flowers, although there are many cultivars of different colours including variations of white, pink, yellow and red. Flowers develop on a long stalk in clusters of 5 to 9. The flowers open one at a time and last for just one day before they close and dry up. By late summer, large capsules develop at the ends of the stalks, each containing roughly 5 to 12 dark coloured seeds.

Control: A variety of means can be used to control Daylilies. As with all invasive species, prevention is best. Where Daylily is already present, an effort to identify the extent of its distribution is an important first step. Once the extent of spread is known, digging up the plants is usually the most efficient option. Digging the plant up with a shovel while being sure to remove as much of the tuberous root system as possible is the best way to control this plant. Daylilies are capable of regrowth from even a small piece of root, so follow-up monitoring of areas where plants have been removed is critical to ensuring that it is totally eradicated.