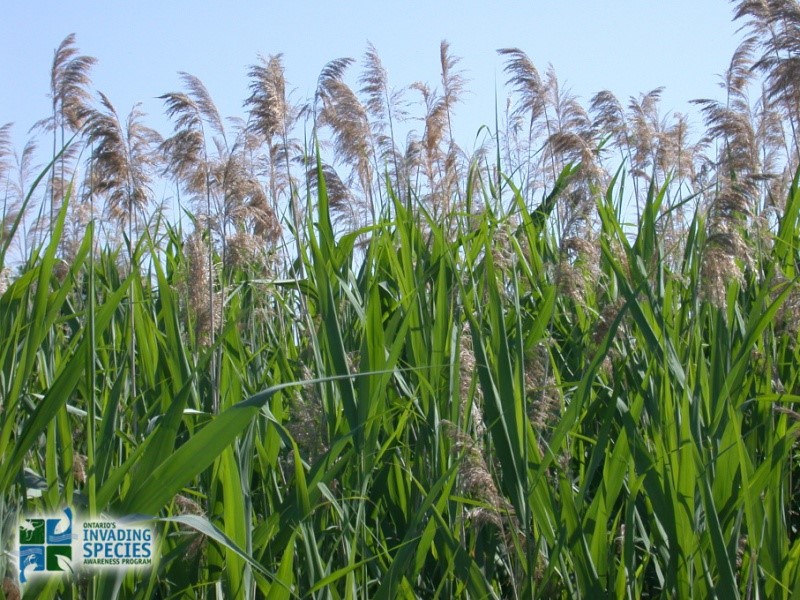 General Information: The Common Reed, also known by its Latin name Phragmites, is a very common and highly invasive perennial grass. It grows in disturbed areas, along roadsides, in ditches, as well as along stream banks and on beaches. Phragmites grows aggressively, out-competing native vegetation for nutrients and water, often leading to a decline in biodiversity.

Phragmites can grow quickly into dense stands choking out native plant species. Because it consumes more water than most native species, it can cause localized drying of the substrate, which further impacts native vegetation communities. Although it prefers wet areas, the root network can be extensive, allowing it to survive in fairly dry areas as well. Much of the biomass of a Phragmites plant is underground in the root system. This plant is capable of spreading through seed dispersal and vegetatively by way of the root system which extends out with horizontal runners called rhizomes. Rhizomes can grow several meters per year, allowing patches of Phragmites to spread and increase in size rapidly. Most isolated patches of Phragmites are a result of human actions, usually the use of contaminated equipment. Seeds, or fragments of rhizomes from invaded areas get stuck to vehicles, ATVs, or construction equipment and are then introduced to disturbed other areas, causing new invasions.

Control: Eradicating patches of Phragmites may take several years to complete, as the plant will regrow from a single rhizome fragment. Digging up the rhizome network and removing all aboveground biomass can be labour intensive, but an effective first step in controlling this species. If regrowth occurs, then these remnant patches also need to be eradicated quickly or the plant will recolonize the original area. Some plants may require herbicide treatment for successful eradication. Contact Ontario Parks for further information. 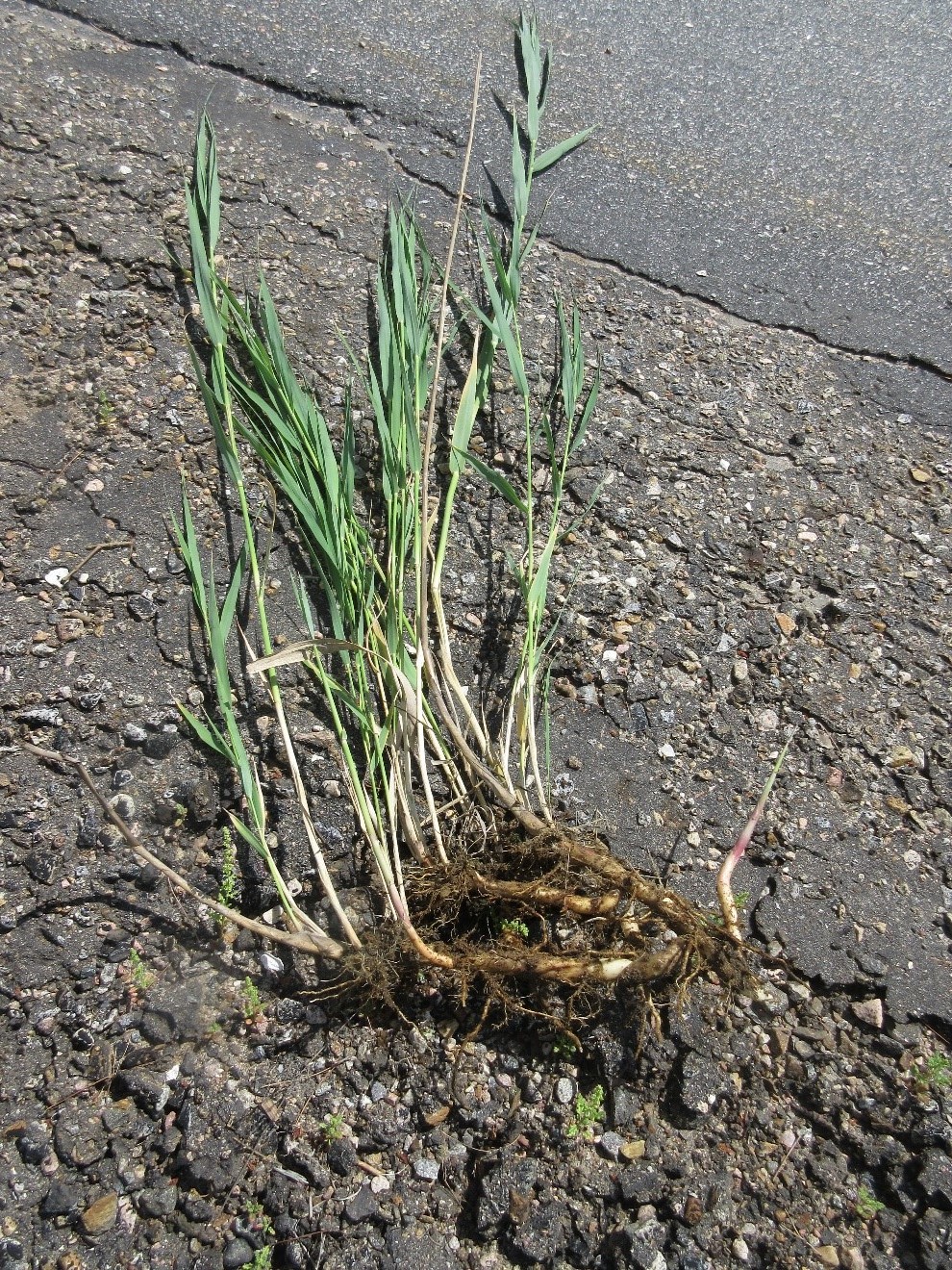