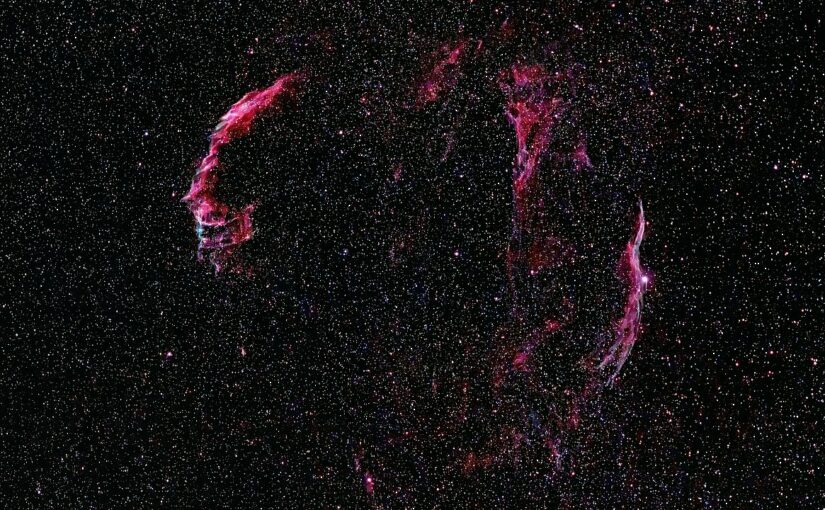 This post kicks off a four-part photographic journey into the history of our universe! Read on to explore the key events that led to the formation of our provincial parks and the natural world we live in.

Have you ever stared up into a starry sky and wondered “how did it all begin?”

Today we will discuss the origins of the universe, the evolution of galaxies and globular clusters, and conclude with a history of the first stars and supernovae.

Stay tuned for Part II where we detail how stars are born and live out their lives, Part III with the formation of the planets and our solar system, and finally in Part IV, we will discuss the future of the Sun and larger stars.

So let’s get started with our origin story!

The origins of the universe

There are many ways to explain “the beginning,” and all explanations are valuable.

These explanations are not right or wrong, but offer us different perspectives and provide fresh insights into how the universe began. These differing perspectives force us to challenge our assumptions, and to ask the tough questions that ultimately lead to a greater understanding.

The agreed upon scientific understanding maintains that about 13.77 billion years ago, a singularity (a point in space with no dimensions yet possessing incredible mass and heat) erupted and expanded, forming the universe as we know it.

The field of cosmology serves to try to understand the origins and subsequent evolution of this “Big Bang” in exquisite detail, far more complex than required for us here. Those interested may investigate further by searching the many online academic sources, as well as NASA and the ESA.

In the above image from the European Space Agency’s Planck satellite, the remnants of the Big Bang can still be seen as the Cosmic Microwave Background (CMB) that exists everywhere in the sky.

About 1% of the “snow” seen on an untuned T.V. is due to the energy that originated during the Big Bang. The next time you watch an untuned T.V. remember that you are seeing particles that go back in time to the very beginning.

The very early universe was filled primarily with hydrogen and deuterium, which eventually produced some helium and a trace amount of lithium… but that was it.

There were no other elements to speak of. No carbon to form organic compounds, no oxygen to join with the hydrogen to produce water, and no calcium to form the backbone of animals.

That would have to wait for later.

Astronomers believe that, with pretty much only hydrogen available, the first stars were super massive balls of hydrogen that grew to immense sizes. These extraordinarily large stars may have been upwards of one hundred times more massive than our Sun.

Within a few hundred millions of years after the Big Bang, stars, gas, and dark matter formed the galaxies, which may contain hundreds of billions of stars.

Stars also formed into objects significantly smaller than galaxies known as globular clusters, which contain upwards of hundreds of thousands of stars.

The first galaxies began to form over 13 billion years ago and have been evolving and interacting ever since.

About 2.54 million light years away lies the Andromeda Galaxy, the closest large galaxy to us.

In it, we can see many of the details that astronomers believe to exist within our own Milky Way Galaxy. The central part of the galaxy is known as the core or central bulge. It, along with the inner spiral arms, tends to contain many yellower stars.

Viewing outwards past the central bulge, we come to the outer bluer spiral arms.

We will discuss the reason for these different types of star colour in our November update!

In the image above, the Andromeda Galaxy stands out proudly in the foreground, with two companion galaxies on either side.

M32 is on the upper right side and M110 (NGC205) is located towards the lower centre right. These galaxies are gravitationally affecting the Andromeda Galaxy by distorting its shape and features.

Our Milky Way Galaxy, together with the Andromeda Galaxy and a host of other galaxies, form what astronomers refer to as the “Local Group” of galaxies.

The Milky Way, is thought to have formed about 13.5 billion years ago. It is over 100,000 light years across and about 1,000 light years thick, containing as many as 400 billion stars.

Our solar system is about halfway out from the centre of the Milky Way, taking about 250 million years to complete one orbit. The visible universe is thought to contain upwards of as many as 1 trillion galaxies!

Orbiting massive galaxies like bees to a hive are globular clusters. Globular star clusters are gravitationally-bound groupings with tens of thousands to as many as millions of stars.

Although their formation is not well understood, we do know that globular star clusters orbit around the centre of their host galaxies. Their globule shape is the result of the tremendous gravitational pull of all the stars upon each other.

Our first intentional transmission of a message to any place outside of our solar system was sent by a radio telescope in 1974. However, given its distance and the time to send a return message, even at the speed of light we may have to wait 44,000 years to hear any reply should life be there and be capable of responding!

After the moon and planets, M13 tends to be one of the first objects that amateur astronomers find. It’s easy to see in binoculars and spectacular in telescopes in our parks’ dark skies.

What happened to those first stars?

…amongst other elements, including iron!

At the end of their lives, these massive stars exploded into supernovae or hypernovae that ripped them apart.

The shell of debris brought with it the newly-formed elements into the nearby interstellar medium, thus seeding space for the next generation of stars.

Supernovae are amazing events and can outshine an entire galaxy for a few weeks.

The shockwave from the supernova spreads outwards in all directions, and charges up the gases that exist between the stars. This charged up gas glows in red and is quite spectacular if photographed with the right equipment.

The image above shows the Veil nebula that was created from a supernova that exploded 10,000 to 20,000 years ago.

That’s it for our first edition of our astronomical voyage!