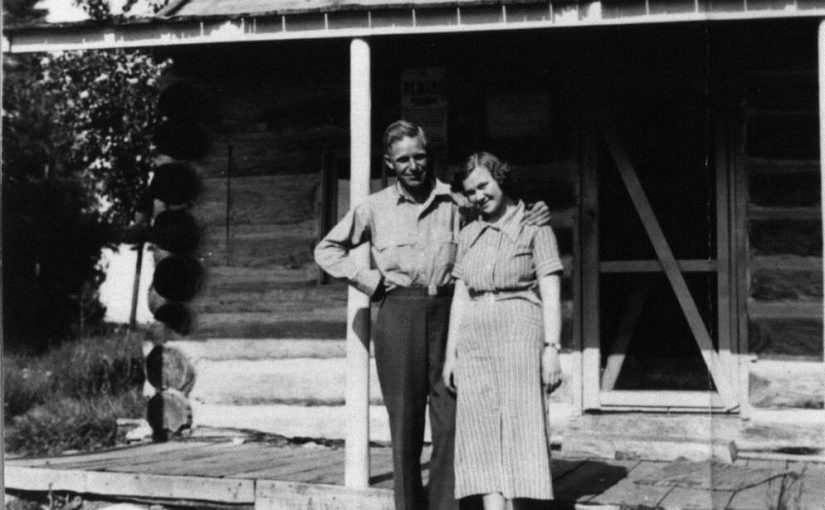 It’s the time of year to celebrate love.

Some love stories have their roots in nature, like Jess and Kay Valley. Here’s the story of how Quetico Provincial Park brought these two lovebirds together for a long, happy life spent in nature.

Finding love in the wild

Jess Valley is described as one of the best woodsmen Quetico Provincial Park has ever seen.

Jess worked as a Park Ranger for the Department of Lands and Forests, which is now known as the Ministry of Northern Development, Mines, Natural Resources and Forestry. He protected Quetico’s rugged wilderness for 35 years, starting on September 11, 1928.

He was stationed at Cabin 16 on Basswood Lake, which runs along the US border.

During that time, Jess met a local American named Kay. Kay was from Ely, Minnesota.

Jess and Kay fell in love, and they were married soon after. However, park administration at the time would not give permission for the newlyweds to live together.

For a time, our Quetico Romeo and Juliet were forced to live apart. Kay lived as close to Jess as possible, but on the opposite side of the lake in the United States.

It was common knowledge that Jess would frequently sneak off to be with Kay. It happened so often that he eventually installed a huge bell at Ranger Cabin 16.

Campers seeking permits would sometimes arrive at the cabin to find it empty. To summon Jess back across the lake, they would ring the massive bell as loud as they could. Jess could hear the bell from Kay’s cabin on the U.S. side of the lake, and would make his way back to help them.

In 1938, Kay was finally allowed to move to the park and live with her husband. To keep herself busy, she took over running the trading post that was located on the same island.

The trading post on Basswood Lake had a deep history. It was on the island for over a century, and was used by both the French and Northwest voyageurs, as well as the Hudson Bay Company.

Jess and Kay spent many happy years together on the island. A passionate angler, Jess always referred to Kay as “my catch.”

Jess and Kay remained on the island until 1963, when they both retired. Jess and Kay aren’t the first to find love at a provincial park, and they definitely won’t be the last.

Do you have a love story from a provincial park? Share it with us on social media with #MyOPLoveStory.