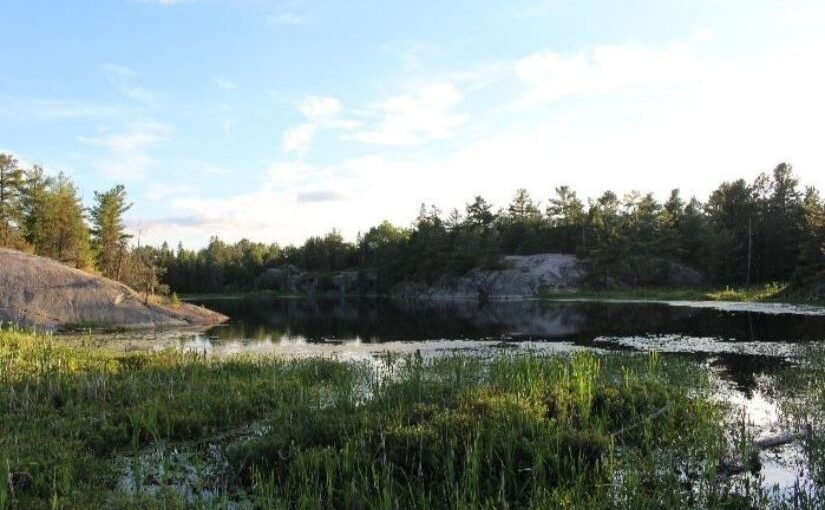 Every summer, you’ll find me in the parks of northern Ontario, sharing my love of nature with visitors from around the world as an Ontario Parks naturalist.

When the operating season is done, and the visitors have returned home, I go back to where I’m from: the far south of the province. I like to think that moving between these regions gives me a special appreciation for my time in the north.

Here are some of the reasons why I love spending my summers in Ontario’s north.

Climate change has received a lot of attention lately, and down south, it’s easy to see why. Within my lifetime, heatwaves with temperatures exceeding 40 C have gone from practically unheard of to a regular part of summer. The humidity from the Great Lakes doesn’t help either.

So you can understand why heading north and avoiding this weather is a huge relief. A northern summer is tolerable at worst, and refreshing at best, even on the days with heat warnings in effect.

Between the different habitats and the vast wilderness of northern Ontario, there’s so much to see here that can’t be found down south.

This is where Canada’s iconic wildlife live. Moose watch the world go by on the roadside, and bears wander freely through the expansive woods. In comparison, the last report of a bear near my home in the south was in 1906! Plants and animals are plentiful in the many beaver ponds, observable from the tops of granite cliffs and in the countless lakes.

I’m always thrilled to find a stand of healthy ash trees, which are a reminder that many invasive species have had less of an impact up north. My childhood home was near the ground zero of the Emerald Ash Borer invasion.

By the time I started working for Ontario Parks, the ash trees of southern Ontario were long gone. Finding them in the north is like running into an old friend I haven’t seen in a long time.

Sounds and songs of the north

With the population density of southern Ontario, the sounds of traffic flood even the countryside.

By contrast, in the north many areas are off the beaten path. Spending time here gives you a chance to fall asleep to the sounds of frogs in a nearby marsh, wake up to singing birds, or just listen to a fast-flowing river and reflect.

The types of sounds are different as well. As an avid birder, birdsong is the most obvious example for me. The different species in the north and south mean there are different songs to listen to.

And while southern parks may put on a migration show like no other, the birds stop singing early. Not so in the north, where some common bird species can sing all summer long.

A culture of being outdoors

In northern Ontario, people love to get their outdoors hats on. This is true of everyone, not just those in parks. Down south outdoors enthusiasts, and especially naturalists, are much less common, despite the larger population.

Right around Orillia, however, Ontario’s culture shows a different side. Computer culture is certainly still present, but it shares the stage with canoe culture and a greater appreciation for nature. I was eight years old the first time I went canoeing. After a few early experiments, I didn’t get to canoe again until 12 or 13, and then again until my early 20’s. I think that’s why hopping in a canoe is such a special feeling to me, no matter how often I go as an adult.

If reading this makes you nostalgic for something you didn’t realize you were missing, I recommend heading north. There’s so much waiting for you here, and Ontario Parks is a great starting point.

To learn more about some of the cool activities at Samuel de Champlain Provincial Park, click here!