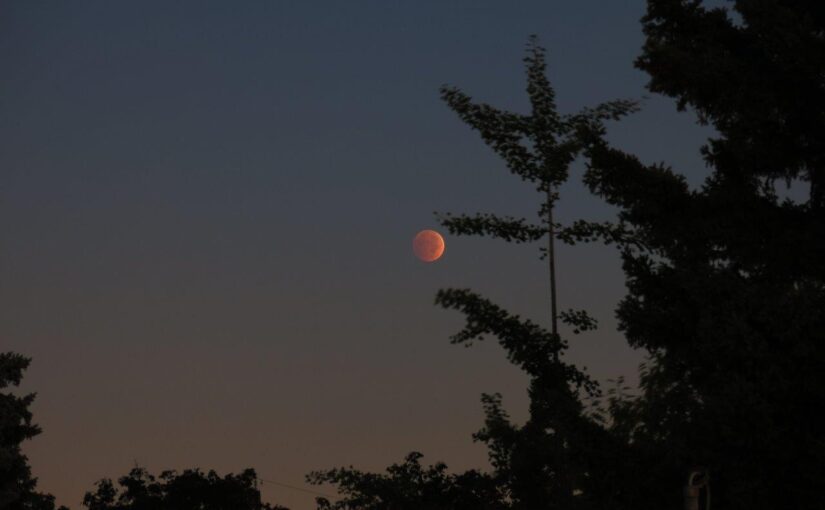 Stargazers: the skies have something special in store for you this week!

On the morning of Friday, November 19, observers from Ontario will be fortunate to see a partial lunar eclipse.

A trick of the light

A lunar eclipse occurs when the Earth passes directly between the Sun and the Moon. During this time, the shadow of the Earth will cover the Moon, casting it in complete darkness.

If that was all there was to the story, the Moon would disappear from sight almost entirely, being lit only by faint starlight.

However, the Earth has a vibrant atmosphere, which acts like a lens that bends the sunlight around the Earth so that it falls upon the Moon. Ontario has a front-row seat

In the early morning of November 19, this is exactly what we will see.

While the eclipse will technically begin much earlier, we will notice it darkening around 2:30 a.m. By around 4:00 a.m., it will be mostly covered in shadow, and the moon will be almost completely reddish and dark. By close to 5:45 a.m. the eclipse will be over.

Below is an animation generated with SkySafari 6 Pro. We have sped up time to show the effect of the eclipse without waiting for hours.

How to spot the eclipse

To see the eclipse best, you should have a clear view of the south and western horizons.

To photograph the eclipse, experiment by underexposing from what your camera meter is telling you. It is best to play around with adjusting the exposure to make it brighter or fainter.

If the weather is not great, you may want to watch a live stream of the eclipse from one of the many locations that will be broadcasting.

Set your alarms for the early morning of November 19 now!

To learn more about November’s astronomical delights, check out our Eyes on the Skies series.