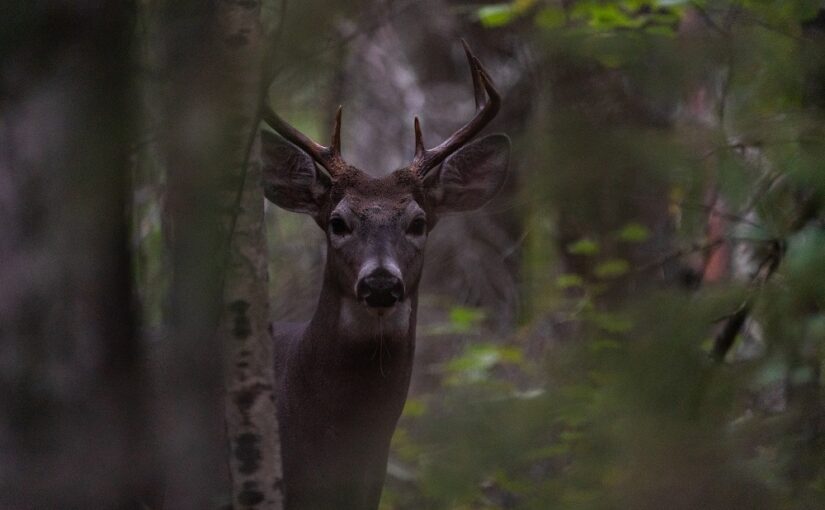 If you’re lucky, during your visit you may spot a wide variety of wildlife who call these parks home.

However, you may not always see healthy animals.

In these natural spaces, you could see animals that look sick, injured, or orphaned. We know you want to help wildlife, but helping wildlife means keeping your hands off!

What if I see wildlife that looks injured, sick, or orphaned?

If you’re concerned for wildlife you see at Ontario Parks, it’s best to leave the animal be, and report your sighting to park staff. Removing an animal from its habitat should never be your first thought.

The animal may not need assistance, and you could do more harm than good.

Natural processes are allowed to occur.

This includes predator-prey interactions, and even disease cycles. Healthy wildlife populations can withstand hard times, even if some individual animals perish.

That said, although we don’t rehabilitate wildlife at Ontario Parks, there are some situations where wildlife may be transferred to an authorized wildlife rehabilitator. For example, if a turtle has been injured on the road, park staff will contact the Ontario Turtle Conservation Centre.

Assisting an adult female turtle to survive and be released back to the wild can mean she lives to lay hundreds of eggs to bolster their population.

We know you have the best intentions when trying to help what may look like an abandoned animal, but more often than not, they don’t need an intervention.

This happens commonly with young animals.

White-tailed Deer fawn “rescues” are an example where humans cause more harm than good by intervening. Adult deer are well-known for stashing their fawns and leaving to eat.

This happens when the fawns are very young and too small to follow mom around. The fawn lays still until the mom returns, sometimes for hours!

Every year people find these fawns and think they’re orphans. They’re quickly whisked away to a rehabilitation facility.

These fawns are almost always not orphaned, and are much better off staying with their mom. Mom will return when it’s quiet.

Always keep your distance from wildlife, and never touch them — they are often more at risk from contact with us than we are from them.

Just one example is White-nosed Syndrome, a population-threatening disease impacting bats that is caused by an invasive fungus and spread by humans.

The fungus was introduced to a cave in North America in 2006 by humans, likely from someone’s boots or clothing.

Diseases such as these could have been avoided if humans kept their distance.

We know you want to help

But it’s best to observe nature without making contact and possibly causing harm.

If you see wildlife in a concerning situation at a park, the best thing to do is report it to staff, so appropriate action can be taken by the right people.