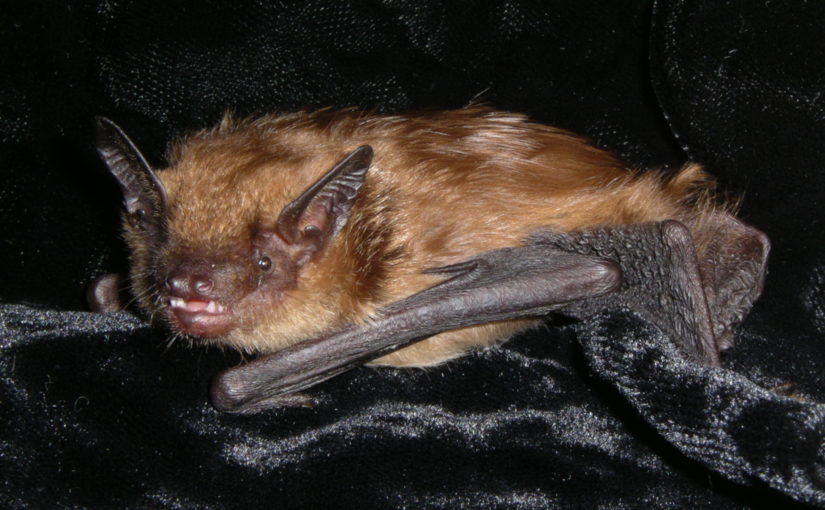 Did you know that bats play important roles in our ecosystems and are unique in being the only type of mammals that can truly fly?

All bats in Ontario are nocturnal predators that feed primarily on insects like moths and mosquitoes. There are eight different bat species across Ontario, including three species at risk: Little Brown Myotis, Northern Myotis, Eastern Small-footed Myotis, and Tri-colored Bat.

These species have been listed as endangered because of a condition called “white-nose syndrome” (WNS). With WNS, a fungus grows on bats as they hibernate in caves and abandoned mines, usually producing a distinctive white fuzz on their faces. This irritates the bats as they hibernate and causes them to awaken in the winter and even fly around in the daytime — bad news for bats. This activity uses up critical winter fat stores needed to survive the long winter.

White-nose syndrome was first detected in bats in New York State in 2006, and since then has killed millions of bats across thirty-eight American states, as well as Saskatchewan, Ontario, Manitoba, Quebec, New Brunswick, Nova Scotia, Prince Edwards Island, Newfoundland.

In the Thunder Bay area, WNS was first recorded in early 2016. The quick and destructive spread of WNS across North America has highlighted the importance of monitoring bats to track the spread of WNS, and track changes in species populations where WNS occurs.

There are many different ways to monitor bats including: hibernacula monitoring, mist netting, maternity roost surveys, and pit-tagging. Here in the Northwest Zone, we use a non-intrusive method of bat monitoring by taking advantage of yet another unique trait of bats – echolocation. Echolocation calls are inaudible to humans, however acoustic surveys can use monitoring devices to record echolocation calls that can be later analyzed to determine which bat species are present.

Different species of bats can be identified by measuring the minimum and maximum frequency of the call, as well as the duration and general shape of the call.

Below is an example of a visualization of a Little Brown Bat echolocation call recorded during an acoustic bat driving transect in Sleeping Giant Provincial Park.

The method behind the bat-ness

Instead of setting up a monitoring device in a fixed location, we use driving transects to sample larger areas. Driving transects have a monitoring device in a vehicle with an ultrasonic microphone placed about a metre above the vehicle’s roof (see below). The microphone records echolocation calls as staff drivealong their route, starting thirty minutes after sunset.

All high-frequency bat echolocation calls are recorded along the way and given a time stamp. At the same time, lower frequency sounds (e.g., vehicle noise) are filtered out.

Transects are driven three times during the maternity period between June 1 and July 15 to census resident bats raising their young. This protocol can also be used in the migratory season to document the seasonal migrations of bats.

Transects in the batmobile

We can observe trends in bat populations over time using the monitoring data collected in the park over the past decade. Bat abundance in the park trended downwards in 2016, coinciding with the discovery of WNS in bat populations in the area. The population abundance has remained relatively similar since 2016.

Crews will continue to monitor bat abundance and species diversity in Sleeping Giant for years to come.

These surveys provide a relatively simple and time-efficient way to collect information about the presence of bats and species diversity without having to trap, handle, or even see the animals.

Information collected contributes to a series of transects being conducted across the province by the Wildlife Research and Monitoring Section of the Ministry of Natural Resources and Forestry using North American Bat Protocols. The North American Bat Monitoring Program (NABat) is an international inter-agency program designed to monitor bat distributions and abundances and provide trend data at a variety of scales.

So next season, when you’re taking a dusk drive down Highway 587 to Sleeping Giant Provincial Park, and you see a slow-moving Ontario Parks vehicle, you will know that you’ve spotted our staff on bat monitoring duty in our very own Ontario Parks batmobile!

Want to learn more about bats?

To ensure Ontario’s bat species are around for future generations to enjoy, there are some simple things that you can do. We’ve made a list here.