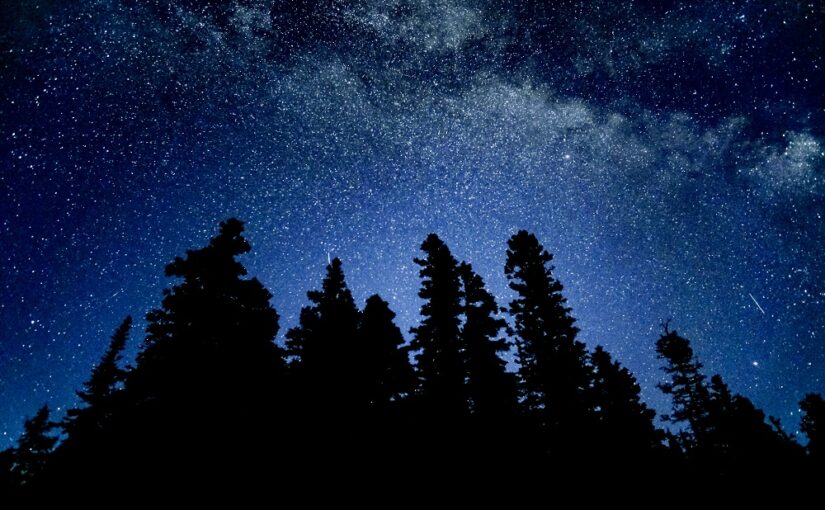 The opportunity to look up into a beautiful starry sky has forever been a part of the Quetico Provincial Park camping experience.

Imagine yourself lying on your back gazing up into a wide-open sky filled with a million points of distant light (like the sky captured above by David Jackson!). You take a deep breath of clean air and stare upwards in wonder.

A natural night sky, free of light pollution, is also important part of maintaining Quetico’s ecological integrity. Many plants and animals rely on the natural rhythms of light and dark, for feeding, migration, breeding, and predator avoidance. Part of having a healthy environment includes the health of our skies at night.

Quetico is the third park in the Ontario Parks system that has received special night sky certification. Lake Superior and Killarney provincial parks were designated as Dark Sky Preserves by the Royal Astronomical Society of Canada in 2018.

What’s a Dark Sky Park, and how did Quetico qualify?

A Dark Sky Park is a “public or private land that has an exceptional or distinguished quality of starry nights and a nocturnal environment that is protected for its scientific, natural, or educational value, its cultural heritage and/or public enjoyment.”

Quetico Provincial Park has shown that it qualifies for this special distinction. Applying to become an International Dark Sky Park was no small feat.

The park created a light management plan and brought its light fixtures into compliance with that plan. This means that lights are fully shielded, lighting only what they need to, and minimizing the amount of extra light emitted.

The park (and its Heart of the Continent partner groups) will host several annual educational programs, as well as create public displays and signage that focus on the importance of dark skies. An evaluation of sky quality using SQM (sky quality meters) throughout the park will occur annually.

Sky Quality Meter readings were taken in both 2019 and 2020, not only deep into the park’s interior, but also at points most vulnerable to possible light pollution intrusion along park boundaries and closest to populated areas, including the Dawson Trail Campground.

The SQM readings were made using a Unihedron Sky Quality Meter and all readings exceeded guidelines for International Dark Sky Park certification.

Quetico’s not just the third Ontario provincial park to receive dark sky designation. The park is also the third managed public lands within the Heart of the Continent Region in Northwestern Ontario and Northeastern Minnesota to become a dark sky preserve.

Voyageurs National Park and Superior National Forest’s Boundary Waters Canoe Area Wilderness were designated in the last half of 2020.

The Heart of the Continent Partnership had discussed the idea of becoming a large bi-national dark sky region for over ten years. In the late summer of 2018 staff from Quetico and LaVerendrye Provincial Parks met with their cross-border counterparts from Voyageurs National Park, the Superior National Forest and Starry Skies Lake Superior (a chapter of IDA) to discuss how they would start the process of working with the International Dark Sky Association towards dark sky certification.

As an International Dark Sky Park, Quetico will enhance its focus on night sky preservation and education.

Much like our role of protecting and monitoring lands and waters within the park, as dark sky stewards we will continue to monitor the quality of our skies annually, and make special efforts to provide educational opportunities related to the appreciation of the night sky. How can you be a dark sky friendly camper?

Congratulations to Quetico and thank you to all our partners!

At Quetico, and within the Heart of the Continent partnership, we are overjoyed by our recent designation as an International Dark Sky Park.

We appreciate the help and support from our neighbouring public lands, our partner groups, Starry Skies Lake Superior IDA chapter, and the guidance from the International Dark Sky Association.