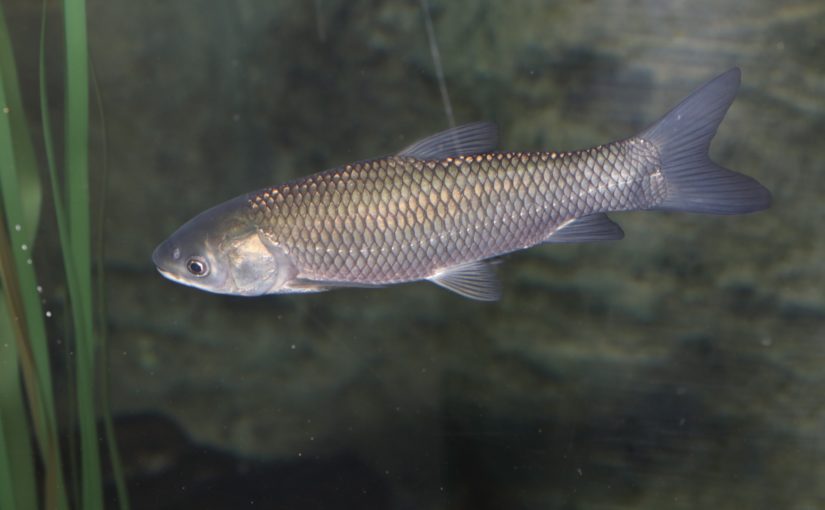 Today’s post comes from our friends at the Invasive Species Centre.

Our Great Lakes are Great with a capital “G,” and we want to keep them that way.

Did you know that Asian carps are not established in the Great Lakes, but threaten almost all aspects of our cherished lakes? Learn more about these fishes and what you can do to keep them out.

What are Asian carps? Know your enemy

Asian carps are four species of carps (bighead, black, grass, silver) that are members of the cyprinid family and are related to several varieties of minnows.

These carps are all native to the rivers, reservoirs, and lakes in China and southern Russia.

All four species have escaped into the wild in North America. Three of these species have established self-sustaining populations, particularly in the Mississippi waterway system, although Black Carp have likely established as well.

Asian carps prefer cool to moderate water temperatures like those found in the Great Lakes, and can reproduce rapidly. They can eat up to 40% of their body weight each day, and can grow more than 25 cm in their first year. These fish can reach 40 kg in weight, and over a metre in length when matured

Bighead and Silver Carp eat plankton, the foundation of the aquatic food web, and spread aggressively.

Vibrations in the water excite Silver Carp causing them to jump up to 3 metres (9 feet) out of the water. Vibrations caused by boat propellers have made Silver Carp a hazard to boaters and water-skiers, and have caused serious injury to recreational users. Imagine you’re sitting at your favorite campsite, and the whole family is ready to go for a swim. You dip your toes into the water, only to find the water is murky and unfit to swim during an otherwise perfect beach day.

Are you a lover of boating? An Asian carp invasion could mean flying Silver Carp jumping around you as you cruise through your favourite lake! This could make your trip more risky than relaxing.

Feel like fishing for Lake Trout? Asian carps would out compete them, and there will be a slim chance that you can catch this native species. The negative effects of a potential Asian carp invasion go beyond recreational activities. An invasion of Asian carp would affect our economy and our environment.

Full effects and consequences of aquatic species invasions can take decades to emerge. The Bi-national Ecological Risk Assessment of Bigheaded Carps (DFO, 2012)1 determined that following the arrival of Asian carps, it would take 7 years for the impacts to be realized.

Fisheries and Oceans Canada used this information to conduct a Socio-Economic Impact Assessment (DFO, 2014)2 to better understand the impacts of an Asian carp establishment in the Great Lakes. The study uses 2011 as the base year, and an adjusted base of 2018 from which to consider the 20-year and 50-year impacts.

For the purposes of estimating the impact to Canada, the study excluded Lake Michigan.

Table 1. Estimated Present Values of Affected Activities in the Great Lakes in 20 and 50 Years by Activity.2 Environmentally, the introduction of invasive Asian carps into Canadian waters would pose a threat to native species and overall biodiversity.

Freshwater fisheries scientist Dr. Nick Mandrak and colleagues at the University of Toronto have analyzed Asian carps’ characteristics to see how likely it would be for each species to survive in Canada.

They determined that if introduced, all four species would have a high chance of becoming established and if that happens, there is little that can be done. He said, “We’ve done our best to assess the risks from Asian carp, and they’re major. Now it’ll take major vigilance to keep them out of Canadian waters.”

Here’s what you can do to help Learn about other invaders and how you can help shut them out of Ontario’s parks and protected areas at the Invasive Species Centre.