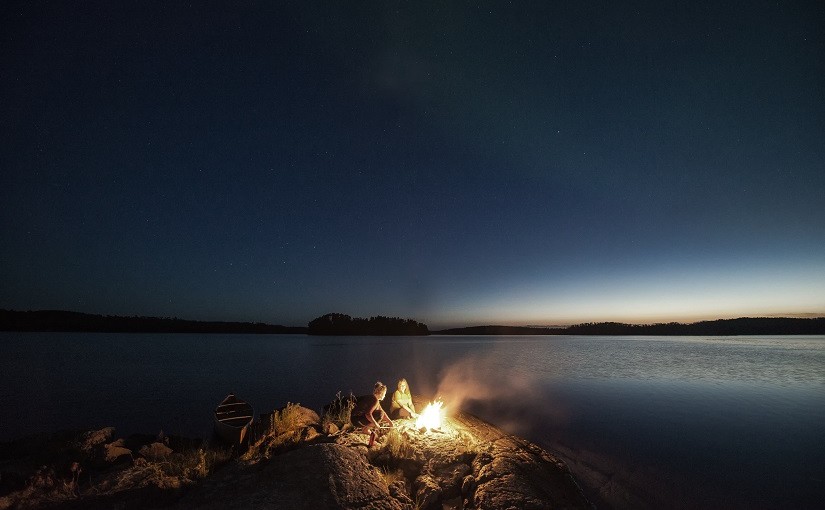 I have always had an interest in the creatures that others were not fond of: invertebrates under a log, salamanders in the soil, nocturnal creepy crawlies, and even a shy mammal that stays just beyond the light of my campfire.

Do unknown species make their homes in Ontario’s wilderness?

Despite being Canada’s most populous province with heavily industrialized regions, Ontario is still a pretty wild place. Ontario Parks has been protecting important areas since 1893, and the more than 330 provincial parks cover approximately 10% of the province. These protected areas offer opportunities to preserve habitats in a rapidly urbanizing world and to conduct important research, especially about species at risk.

While many parks have detailed inventories about their flora and fauna, others may never be fully catalogued.

And some species are exceptionally difficult to detect.

The case for Sasquatch

Also known as “Bigfoot,” the Sasquatch is described as a large, hairy ape, more commonly known to inhabit western Canada. Sightings do occur in Ontario, often made by credible eyewitnesses. However, while we can all envision the figure or silhouette of Sasquatch, few of us have seen the real thing.

Researchers believe that Sasquatch is a relict species of giant ape, Gigantopithecus blacki, known from Asian fossils dating back several million years. It is thought that — like so many other North American animals, including moose — Gigantopithecus crossed the Bering Land Bridge from Asia to North America during the Pleistocene Epoch.

Sasquatch is usually described as being two to three metres tall, with long arms, hunched shoulders, no neck and a sloped head. The very hairy body can vary in colour, with black, dark to light brown, gold and even white pelage reported.

In many parks, campers have reported sightings to staff, mostly as fleeting glimpses of a giant ape running across a trail, portage, or road. Occasionally, strange noises are heard around a campfire. Others simply report the “feeling of being watched” while in the woods.

Other signs are left by the Sasquatch include carefully made stick piles, scratches on trees, and — of course — enormous, human-like footprints in mud or snow.

While difficult to substantiate, these observation are indeed of value to Sasquatch researchers

What we do know? Sasquatch:

Does the Sasquatch need our protection?

In conservation, some species are “keystone species” — meaning the ecological effect of one species maintains many important habitat features for a variety of others.

Other species are “umbrella species” — the protection and conservation of one species protects a multitude of others.

While the Sasquatch has not been formally listed on official Life Sciences Inventories in any park, it is thought to inhabit some of the more remote parks in the province and needs large protected areas to survive. Researcher Dr. Pat “Squatchy” Pratt suggests that Sasquatch may be the ultimate emblem of conservation:

“By preserving large, intact forests that could support a population of Sasquatch, we can ultimately protect all species living there — Sasquatch acts as a keystone and umbrella species. While I have very little proof of the existence of Sasquatch, there can be no possibility of its existence without sufficient habitat. I prefer to live in an Ontario that has enough wild places for Sasquatch to live, even if it’s just in the realm of possibility.”

Sasquatch is perhaps among the most vulnerable Species at Risk. We know very little about their ecology, distribution, or habitat needs. No formal research has been conducted on Sasquatch, as even open-minded scientists are afraid of losing funding over a belief in a species that most have declared myth or hoax.

So it’s up to you

Our parks aren’t just for human recreation; they also maintain the ecological integrity of our landscape.

Next time you head out on a camping or hiking trip, just remember: you might be sharing the landscape with Sasquatch. Follow our Ecological Integrity Checklist to ensure you’re protecting Ontario’s wild spaces.

And don’t be afraid. Like you, Sasquatch is out there to “get away from it all.” So if you get the feeling you’re being watched, check that you’re exploring the park responsibly and give a “thumbs-up” toward the treeline.