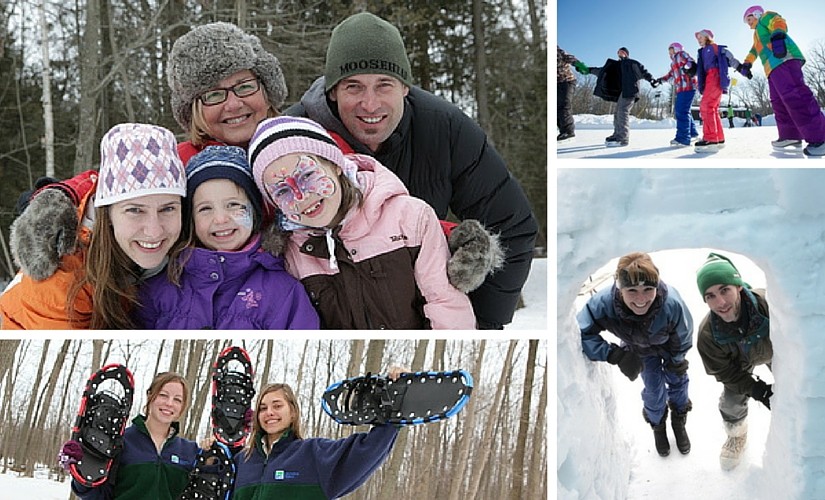 And there’s lots going on in between.

We’ve highlighted a sample of what’s planned. For a complete listing, visit our Calendar of Events.

Bronte Creek begins the holiday season with their annual Victorian Christmas, running December 5-23. Step back in time with the family to the year 1900 at Bronte Creek’s historic Spruce Lane Farm. Dress up in Victorian costumes and get a family photo with Santa or try traditional craft-making. Play 19th-century parlour games, try your hand at Christmas baking, or enjoy a visit with the farm animals. On New Year’s Eve at Bronte Creek, howl for coyotes on a guided night hike, then head over to the massive bonfire for a kid-style New Year’s Eve countdown. Pack your skates. Weather-permitting, the park’s Olympic-sized outdoor rink will also be open.

The Pinery Provincial Park‘s rare habitats provide shelter and space for over 120 types of birds. On December 12, join the park’s annual Christmas bird count for an incredible day of winter birding that includes red-tailed hawks and tufted titmice.

If you love to cross-country ski or snowshoe, you’re in for a treat. Some of the world’s best trails are part of Ontario Parks’ 400+ km trail network. Local ski clubs keep many groomed and track set. Some parks also host ski loppets that visitors are invited to participate in. The season kicks off January 24 with the Muskoka Loppet at Arrowhead Provincial Park, near Huntsville. Next up is the Valley Ski Club Loppet on February 7 at Murphys Point Provincial Park near Perth. One of Ontario’s largest loppets is held every year at Sleeping Giant Provincial Park, east of Thunder Bay. It unfolds on March 5 this year, and attracts families and competitive athletes alike.

Explore Magazine recognized the Cross Quetico Lakes Tour, west of Thunder Bay, as one of the coolest adventures in Canada. Hosted by the Beaten Path Nordic Club in collaboration with Ontario Parks every year, it takes place March 19 at Quetico Provincial Park. More into a snowshoe challenge? Try the Dion Snowshoe Race at Frontenac Provincial Park, north of Kingston, on January 16.

Other cool winter events include outdoor skill learning workshops hosted by the Friends of Frontenac Provincial Park. This January, you can learn to winter camp by taking a trip-planning session, followed by an overnight Frontenac winter camping experience. Or choose the February snowshoe workshop, which will share different styles of snowshoes, harnesses and techniques. Winter in the Wild at Algonquin Provincial Park on February 13 is one of several annual Family Day celebrations planned. It highlights the best of what the winter season offers families in Algonquin. Join outdoor activities taking place at various places along the Highway 60 corridor, including the Algonquin Visitor Centre. There is a guided bird walk, snowshoe excursion and skating at the Mew Lake Campground rink. In the evening, camper families gather around a big Mew Lake campfire to roast marshmallows before joining the naturalist-led evening wolf howl and hike.

As we get closer to Family Day weekend, look for a complete list of Family Day celebrations at Ontario Parks on our Calendar of Events. Bronte Creek’s annual Maple Syrup Festival actually begins on March 5-6 weekend this year, but during March Break, the park will have daily activities between 9:30 and 3:00 pm. Enjoy hot pancakes and local maple syrup in the pancake house. Watch maple candy and taffy being made. Visit the Spruce Lane Farm animals or jump on a wagon ride. At Rondeau, all kinds of cool nature-related events are planned every year. There’s a guided Owl Prowl. Kids can meet Pants, the resident eastern foxsnake and learn about the awesome world of snakes. Park naturalists will also introduce you to the park’s variety of winter birds. Make a suet birdfeeder or a birdhouse in weekend craft sessions. Check our Calendar of Events for times and dates.