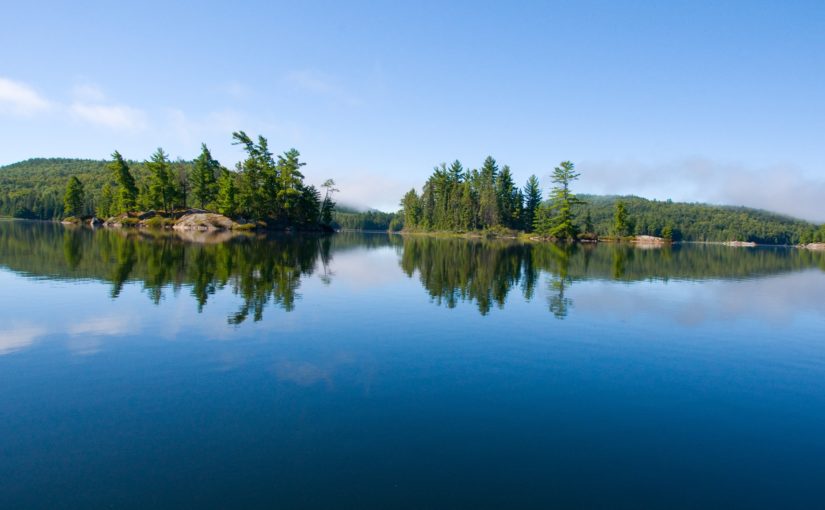 What is it about White Pine? No other tree species in Ontario seems to inspire as much reverence and passion.

The history of White Pine is deeply intertwined with the history of people in Ontario. It has been an important species for Indigenous people for millennia, played a huge role in establishing Ontario’s cities, and has faced some tough challenges, including one that led to one of our province’s most amazing ecological restoration stories.

But we are getting ahead of ourselves — let’s start at the beginning! When nature made this tree, it was having a very good day. With its soaring height, massive, straight trunk, and almost primeval-looking crown with long, feathery needles, White Pine can’t help but impress.

Walking in a grove of old growth White Pine is often compared to walking through a cathedral. The sound of the wind whispering through pine needles, especially in the soft hush of winter, is one of the most peaceful sounds on earth. White Pine is also one of the longest-lived tree species in this part of the world. Traditionally, it was thought to live for at least 400 years, but a former MNRF scientist who analyzed tree rings in White Pine logs lying along lakeshores in Algonquin Provincial Park determined the species can live well over 500 years!

White Pine is also a pillar of the ecosystem. Bear sows use large pines (and other trees) as daycare centres, sending cubs up the trunks to stay safe from predators while momma looks for food. Many songbirds eat its seeds, while beaver, Snowshoe Hare, porcupine, Red and Grey Squirrels, mice, White-tailed Deer, and other mammals eat its seeds, bark, and foliage. Ospreys and Bald Eagles like to nest in the tops of large White Pines, and use them as perches to scan for prey.

This tree species is also important to many Indigenous cultures. Traditional uses include relying on the inner bark as an emergency food source and the resin to seal canoes. The Haudenosaunee Confederacy near Brantford refers to it as the Great Tree of Peace — its needles grow in clusters of five, symbolizing the unity of the Confederacy’s nations. When European settlers arrived, they saw the immense economic value of White Pine. The wood of this species is durable and resists warping, and the massive, straight stems were ideal for use as main masts for English tall ships and for building cities, including Toronto.

Settlers began clearing the White Pine forests in southern Ontario for farming and construction. But then something disturbing happened….

In many areas cleared of pine, the topsoil blew away, exposing a sandy layer below in which nothing would grow. These desert-like areas were called the blowsand areas, and the farms in them had to be abandoned. In many harvested areas that still supported plant life, White Pine did not grow back, resulting in the species being dramatically reduced across its range in Ontario.

The reasons are complicated:

But all was not lost

In the early 1920s, the Ontario Government started the Agreement Forest Program, a partnership with counties and municipalities to plant Red and White Pine in the blowsand areas. A century later, the former blowsand areas are teeming with life — trees, plants, wildlife. Ecosystem water functioning has been restored, and MNRF’s science experts have been studying how to manage these plantations to become more natural forests, as well address some disease and invasive species issues.

Over the years, MNRF scientists and partners such as the Canadian Forest Service have done many other studies on White Pine (including some in provincial parks such as Algonquin and Lady Evelyn-Smoothwater). Their findings are helping to ensure that our provincial tree will be around for many future generations to enjoy in Ontario, as well as other provinces and states.

Some examples of what they’ve learned:

Major advances have been made in understanding and managing these trees. Scientists will continue to study, and Ontario Parks will keep on protecting our beautiful White Pine ecosystems.

The Obabika old growth forest’s huge stand of ancient pine may be the largest in Ontario. Trails wind through groves of towering trees hundreds of years old.