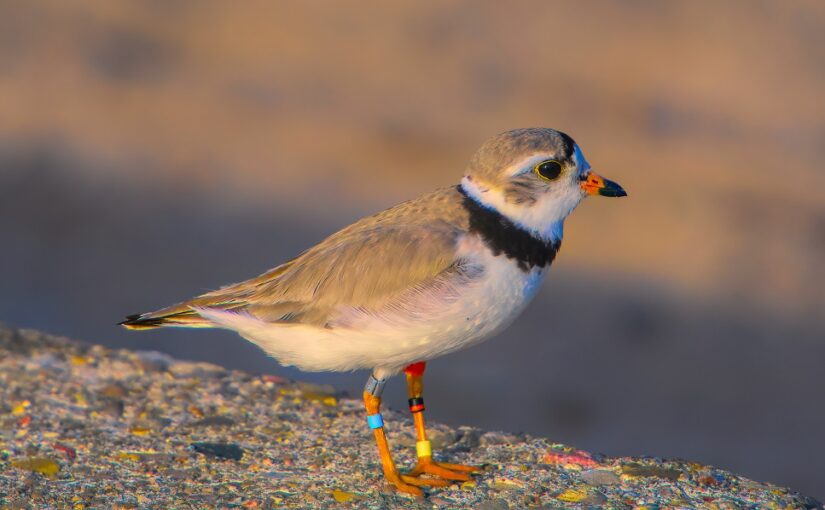 Let us introduce the players

Our leading man is Worsley, captive reared in Michigan in 2012. Worsley first appeared at Wasaga Beach in 2013 as a transient bird, and has nested there every year since 2014, with the exception of 2017.

Next, we have our leading lady, Nancy. Much like Worsley, Nancy appeared for the first time at Wasaga Beach in 2012 (it is unknown whether she was a breeding adult or a chick at this point), and has been a Wasaga Beach regular ever since.

Our rival female, Pepa, was born out in Sauble Beach in 2012, and made her first appearance at Wasaga Beach in 2016.

Her son, Fudge, was born at Wasaga Beach in 2019. He is our young, driven up-and-comer.

Even though Worsley and Nancy were both at Wasaga Beach for three years, our leading plovers did not find each other until 2018.

It seemed the stars had finally aligned for Worsley and Nancy, and over the next two years, they would together fledge seven chicks from their two nests.

Through 2018 and 2019, Worsley and Nancy proved to be fierce and loyal parents. Their territory was well defended, and their almost 90% success rate in raising their fledgings is evidence of their parental devotion.

In 2019, the strapping young Fudge appears on the scene. Born of Pepa and Doc, he is one of their two successfully fledged birds.

However, Fudge is not yet ready to “fly the coop,” as he returns to Wasaga Beach in 2020 and is reunited with his mother Pepa.

That brings us to this season, the troubled and troubling year of 2020

Worsley returned to Wasaga Beach to find that his former mate, Nancy, had not yet arrived.

Feeling the biological pressure to continue his genetic line, Worsley takes notice of the lonely Pepa strolling along the shoreline. Never one to sit back and miss an opportunity, Worsley woos Pepa, and begins his descent into betrayal and scandal.

Shortly thereafter, Nancy appears on the beach to find her mate of two seasons has paired up with another woman. Worsley, now realizing his terrible mistake, whisks Pepa away from the beach and above the boardwalk so as not to flaunt his new mate in Nancy’s face.

Well, hell hath no fury like a plover scorned. Enter our young, strapping Fudge. At one years old, he is looking like a really scrumptious snack to our eight-year-old Nancy, and their courtship begins.

After a successful bit of wooing, Fudge and Nancy settle into their new home in the median of a parking lot, a stone’s throw away from Worsley and Pepa’s nest. Worsley, clearly furious with his ex-wife, Nancy, for pairing up with his stepson, Fudge, forces them out of his territory, and out of sight, so that he does not have to witness their torrid love affair.

Having realized his great mistake, Worsley could not bear to stay parted from his one true love, Nancy.

It was not uncommon to see them strolling along the shoreline together, feeding and gazing at each other longingly. Nancy, of course, still only had eyes for her Worsley, and often left Fudge to his own devices.

It was noted that Fudge spent considerably more time at the nest than Nancy, and Nancy was often nowhere to be found. It seemed that poor Fudge had been taken for a ride, and was left to tend the home fires while his new mate was out on the town.

Despite a rocky start, both sets of parents successfully brought their nests to hatching.

Worsley and Pepa become proud parents to four chicks who hatched on June 12, while Fudge and Nancy followed shortly after with three chicks, who hatched between June 26 and June 29.

Worsley once again proved to be a fierce and devoted father, keeping his chicks constantly in sight and fearlessly attacking gulls and crows of all sizes when he felt that they came too close.

Alas, Worsley’s fierce dedication would ultimately lead to his demise.

On June 29, Worsley was reported to be missing. After several days of searching, park staff reached the conclusion that Worsley had likely been the victim of a predator.

It is believed that Worsley went out with the same vigour he showed during his life, valiantly protecting his chicks against the threat of being eaten.

Beside herself with grief, Nancy promptly left Wasaga Beach, never to return to her chicks.

Yet the world still turns…

Pepa, being the stand-up mom that she is, took her partner’s disappearance in stride, and continued to raise their chicks until her departure.

Alas, Fudge was once again left to fend not only for himself, but also his three chicks. Despite his vigour, Fudge’s inexperience as a first-time dad, combined with a lack of guidance from his more experienced partner, led to the demise of his three chicks.

Overwrought with sadness himself, he picked up where his step-father had left off, and took his half brothers and sisters under his wing. Fudge was seen daily with Worsley and Pepa’s chicks until his departure south.

This brings us to the end of our tale

Worsley’s legacy lives on in the seventeen chicks he successfully fledged. His last chick departed Wasaga Beach on July 30, hopefully to return in future years to continue the Worsley line.

Never was there a story of greater pity than that of Nancy and her love, Worsley.