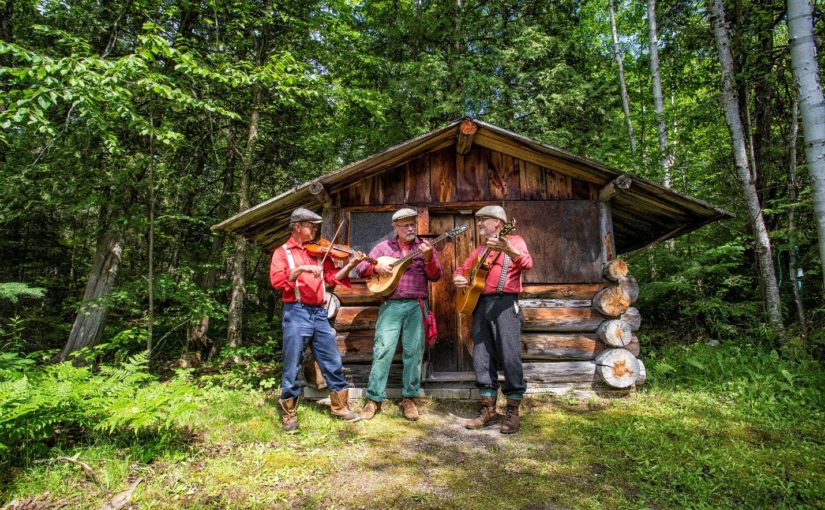 The Wakami Wailers are long-time camper favourites, but many fans don’t realize the band first met when working at Wakami Lake Provincial Park in 1981.

The band is comprised of four members: Mark Despault, Rob Hollett, Mark Bernier, and Jeff Allen. Since 1981, they’ve produced four albums and the most recent one (Un, Deux, Trois…Four) is set to be released this year — just in time for OP125!

According to Mark Despault, “the songs on the Wakami Wailers’ new album Un, Deux, Trois…Four cover a range of topics from the legacy of J.R. Booth and his impact on what is now Algonquin Provincial Park, to the story of the schooner HMS Speedy that sank in a storm off the shores of Presqu’ile Bay.”

Un, Deux, Trois…Four has been over four years in the making, and is the first release in nearly twenty years for the Wakami Wailers. Mark and his fellow bandmates are truly excited to share the new music with their fans.

“We will be performing many of the old favourites, along with songs from our new album,” Mark says.

Over thirty years ago, the Wakami Wailers embarked on their first major tour across Ontario. The band travelled for two months and went as far west as Rushing River Provincial Park.

According to Mark Despault, “It was our first real look at some of the parks and communities in the north.” The group could not be more thrilled to be back on the road this July. This 1984 photo was found in the Neys Provincial Park archives and, according to Mark, was taken during an impromptu stop on their summer tour.

“We weren’t scheduled to play at Neys, but had a free day between shows. So we parked our motor-home there for the night and performed.”

Check out their music

You can find their music on YouTube, Spotify, iTunes, and Google Play. Check them out and join us at one of the park concerts this summer.

We look forward to singing along with you!