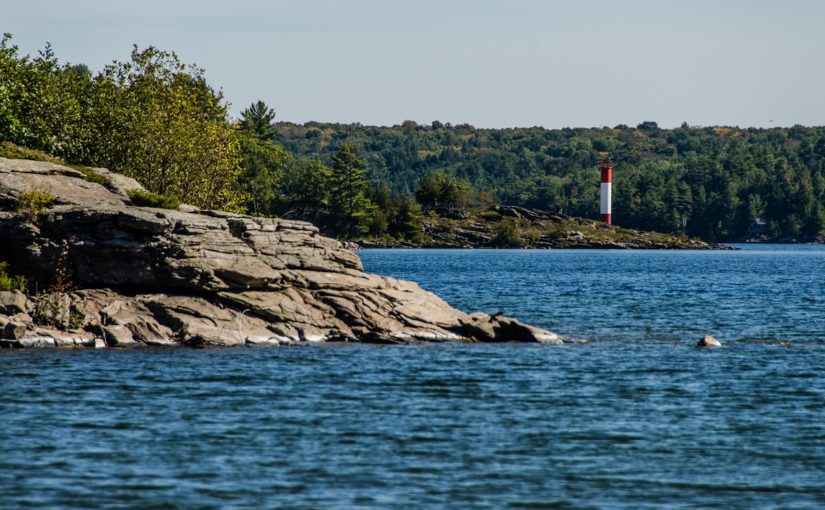 This post comes from Kaitlyn-Lee Mun, one of our wonderful summer students at Killbear Provincial Park.

“I’m going to Killbear for the summer.”

This was the response I was usually met with when telling my family and friends where I was going for the summer.

Killbear may be an unfamiliar place for many city-dwellers, but judging by those that venture up north time and time again, this park is in the hearts of many. This summer, Killbear secured a place in my heart as well. I journeyed to this beautiful place to help create park social media and communications content, and in doing so, I have been afforded the opportunity to explore all this park has to offer.

Being outside can be easy

Between the nature of this position and my living arrangements in the park, I found that I was spending more time outdoors than ever before. Living in Killbear, I felt as though being outside was easy. Whether it was exploring the park to capture photos, spending time on the beach, or jogging on the trail, being in the outdoors felt…natural. As a city girl, coming up to Killbear was quite literally a breath of fresh air. There were no city lights to mask the stars, no smog to fill your lungs, and the only traffic was caused by wildlife crossing.

The transformative power of nature

For the month of August, Ontario Parks challenged us to spend 30 minutes in nature for 30 days.

Without even trying, I already knew I had accomplished this challenge in my time at Killbear. And I also knew that with all the exercise and fresh air I was getting, both my body and my mind were becoming stronger. I could run further, I had more energy, and I became more social. It amazed me that spending time in nature could be that transformative. It’s taken my whole life to realize what the power of nature can do for someone, and how spending too much time indoors can really affect one’s mental and physical well-being.

After this experience, I know that when I return home to Toronto, I will keep my commitment to spending more time in nature. And you don’t have to live in a provincial park to spend quality time in nature!

Even in the downtown core of Toronto, there are green spaces all around. Make a commitment to spending time outdoors, whether it’s having lunch in the park or simply unplugging from your electronics in your nearest green space.

We can all improve ourselves by reconnecting with nature.