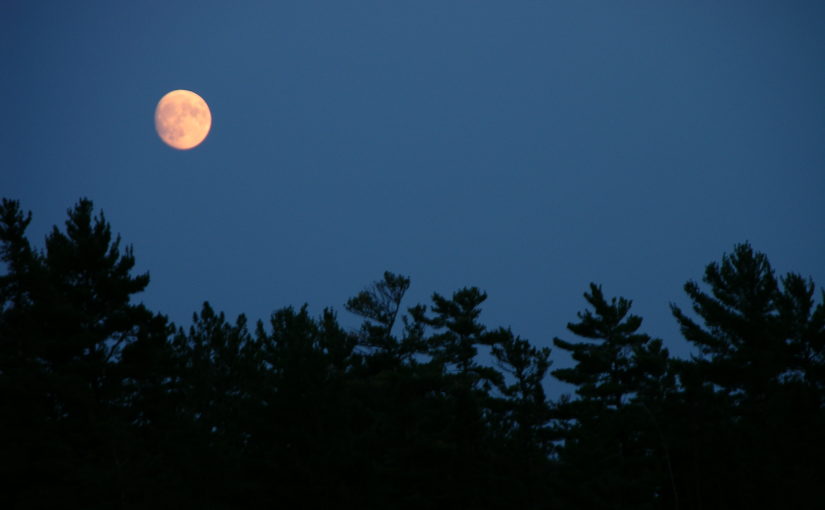 Ever since ancient times, the moon has fascinated us. It lures us with its beauty and frightens us with its potential.

It fills our hearts with romance, imbuing with our poetry and art with moonlight. We’ve even created a fear of the moon.

The word “lunacy” is derived from the word “lunatic,” from “lunaticus,” meaning “of the moon” or “moonstruck.”

This refers to the moon’s purported effect on people, which has never been shown scientifically.

To the ancients, it was the companion object of the sun, waxing and waning throughout the month, giving it special powers that the sun did not possess – phases.

Cultures from all over the world attributed mystical powers to the moon and was often deified by much of our planet’s population.

The meaning of the moon

Even today, many holidays in Western religions are tied to the moon’s periodicity, as the Jewish and Islamic calendars are largely based on the lunar month and the Christian holiday of Easter is also tied to the moon.

First Nations in Canada were extremely familiar with the lunar month and noticed the connection between the shell plates on a turtle’s back and the days in a month. The moon is thought to have been created when a Mars-sized planet collided with Earth over four billion years ago.

The resulting explosion cast up a ring of light rocks (silicates), while the heavier material (iron and nickel) fell to the centre of the earth. Over time, the ring coalesced into the object we now call the moon. Though beautiful to look at with just the unaided eye, the moon is even more spectacular in binoculars or a telescope.

Through the eyepiece of Killarney’ Provincial Park’s 16” telescope, it’s easy to see the dark areas (Maria – “seas”), light areas known as the highlands, and the moon’s most spectacular features – the craters!

The Maria are believed to have formed when massive bombardments occurred, resulting in huge amount of basaltic rock forming. On the other hand, the rocks of the lunar highlands are largely made of anorthositic rock, which occurs when magma cools more slowly.

The cratering on the moon is believed to be largely indicative of the cratering that would be on the earth if it weren’t for weathering and plate tectonics.

The space race to land on the moon between the Soviet Union and the United States began as a test of their intercontinental ballistic missile (ICBM) rocket supremacy.

It’s amazing to think that one of our most significant achievements conducted on behalf of all humanity started from rockets that were designed to destroy all life on our planet.

Just over eight years after the first person (Yuri Gagarin of the Soviet Union) entered space, the crew of Apollo 11 (Neil Armstrong, Buzz Aldrin and Michael Collins) became the first to successfully land on the moon! Michael Collins stayed in orbit conducting experiments while Armstrong and Aldrin conducted experiments on the surface of the moon).

On July 20, 2019, the world will be celebrating the 50th anniversary of the moon landing!

We’ve planned presentations, quizzes, the opportunity to touch a lunar rock, and a giveaway for a fragment of lunar rock! A highlight of each program will be the real-time A/V presentation timed to exactly coincide with the actual events of 50 years ago! After the evening event, those in attendance will then walk a scale model of the solar system to the Killarney Provincial Park Observatory for a night of constellation learning and viewing through the telescopes.

Stay past midnight for the telescopes to be trained on the moon right where Apollo 11 landed!

If you are staying in the Killarney Provincial Park area, come out and visit our friends at Science North. Once there, journey up to Space Place on the fourth floor to try the “Explore the Moon” exhibit featuring a moonscape mural by a local artist and a retro-style arcade game where you drive the lunar rover.

Check out the Science North Planetarium for more space exploration!

If you’re in the Toronto area,  be sure to visit the special exhibit at the Aga Khan Museum, “The Moon, a Voyage Through Time.”

This exhibit features rare artifacts and materials that celebrates the moon in Islamic and pre-Islamic culture.

It’s a must-see if you’re interested in archeoastronomy, the study of how people in the past understood the phenomenon in the sky.

Consult with your local science or technology museum to find out what special events are happening near you!