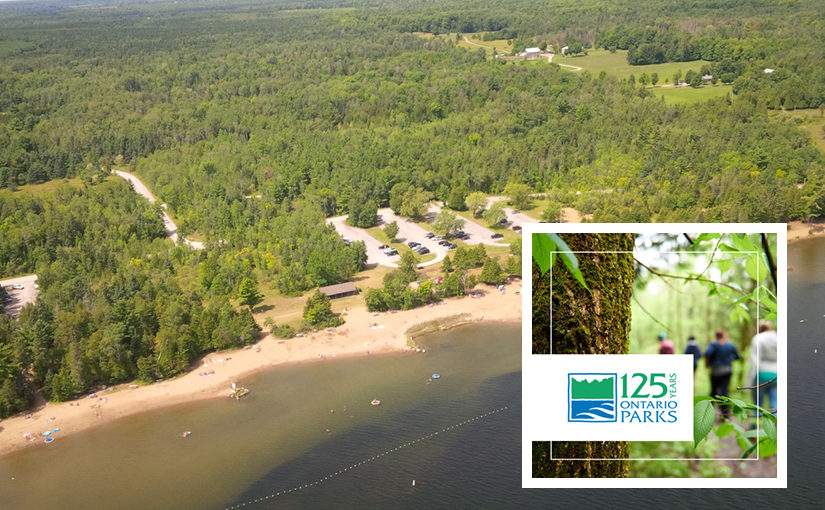 Did you know Balsam Lake’s Waterfront Trail used to be King’s Highway 46?

…the restoration and upgrade of the Waterfront Trail!

That’s right. Long before Balsam Lake became a provincial park, Highway 46 was an important route through the area. Finished in 1937, the highway connected two main corridors: Highway 7 and Highway 35, and the villages of Coboconk and Woodville.

In the 1960s, when Balsam Lake was proposed as a new provincial park,the highway had to go. A re-route, now known as Highway 48, was required to bypass the newly protected park. HOWEVER, until as recently as 2012, the old highway opened as a through-way from mid-October to the beginning of May each year, allowing traffic to pass through the park.

Finally, due to a state of disrepair, the old highway was officially closed in 2013.

From highway to trail Today, the former Highway 46 is an important recreation corridor that park users and residents use to walk the shores of Balsam Lake. The trail connects the campgrounds to the park’s day use area. Our OP125 Legacy Project will enhance the historical route of former Highway 46:

But we can’t do it without your help If you’d like to help us upgrade the Waterfront Trail and restore it to a more natural state, visit our new donations page.