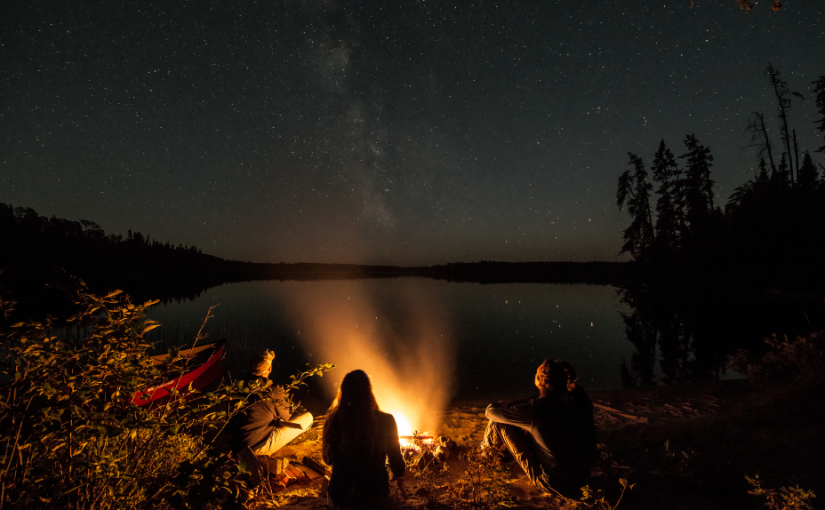 Is there anything more peaceful than lying on your back on a warm summer night, gazing up at the stars, and seeing a meteor fly past you?

You can see this phenomenon for yourself this summer during the Perseid Meteor Shower on the nights of August 12-13.

The Perseid Meteor Shower is one of the most popular because it occurs during the warm month of August, when people are spending more time outdoors enjoying the weather.

It is also well known because it displays many meteors. On rare occasions, a viewer in dark skies (such as within our provincial parks) can see as many as 120 or more meteors per hour – that’s two per minute!

Most observers will typically see about 60 meteors an hour in non-moonlit skies. Unfortunately, this year the waning gibbous moon will light up the skies just as the meteor shower gets going.

What is a meteor? Meteors are small bits of dust grains that are, on average, no bigger than the size of your thumbnail. They are actually the remnants of comets.

As these “dirty snowballs” orbit the sun, they melt away much of their surface meteor, leaving the dust grains behind.

The nucleus of the comet may be small, but the trail of material (tail) that stretches behind it can last for tens or even hundreds of millions of kilometres.

Once the comet passes the sun, the debris still may orbit for quite some time. If the Earth passes through this material, the bits of dust burn up in our atmosphere causing heat which, in turn, causes the molecules of gas nearby to glow. Amazingly, astronomers believe that as much as a hundred million tons of meteorite material might fall to the Earth each year.

Most of this is small dust that probably gets caught in our eaves, and we never even know about it!

Where do meteors come from?

If one were to drive a car at night into a swarm of mosquitoes, the light of the headlights reflected from the mosquitoes would appear to be coming from a point straight ahead.

In truth, the mosquitoes are all over the place. However because of the car’s speed and direction of travel, it appears that the mosquitoes originated from a single point (the radiant).

The Perseid shower is so named because the streaks of light seem to trace backwards to a point between Perseus and Cassiopeia.

Here are some tips for how to get the most out of your meteor shower experience.

Want to learn more about what’s happening in the night sky this month? Check out the August edition of Eyes on the Skies.