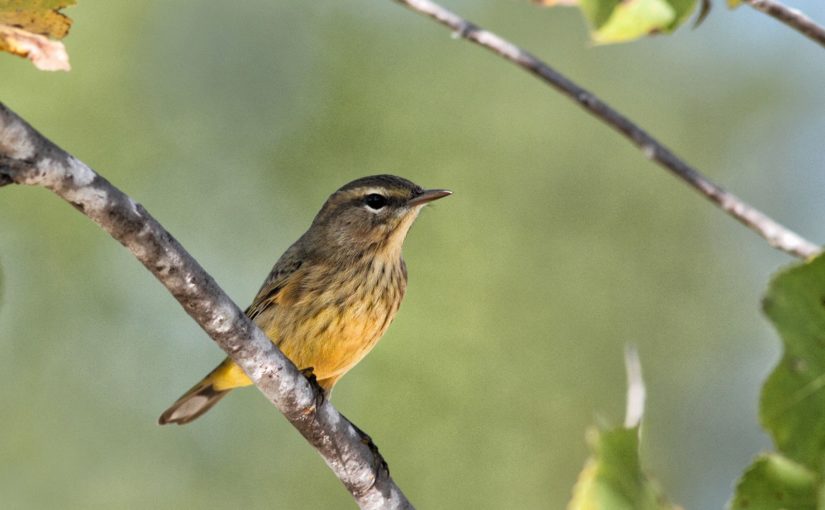 A trip out to Misery Bay Provincial Park on lovely Manitoulin Island is always a treat. To go during the spring migration is doubly so.

The big island (Manitoulin is the largest freshwater island in the world) is a hot spot for migrating birds heading north for the summer.

It sits in the northern part of Lake Huron, and along with the Bruce Peninsula, separates Georgian Bay from the main part of the lake. It makes a natural migration route for birds crossing the Great Lakes, and is an important feeding stop for tired birds.

On the way from the mainland to Misery Bay, which sits on the southwestern shore of Manitoulin, Highway #540 crosses a causeway that divides Wolsey Bay from the North Channel of Lake Huron.

This is a great place to stop (there is a handy picnic area at the south end of the causeway). A large portion of the north shore of Manitoulin Island, including Wolsey Bay, is an Important Bird and Biodiversity Area (IBA).

Sightings, sightings, and more sightings at the IBA!

At the beginning of May, a group of 500 Goldeneye Ducks were spotted there, along with dozens of Bufflehead Ducks, Common and Red-breasted Mergansers (two species of serrated-billed fishing ducks), some of the first Common Loons this spring, and several Horned Grebes with their striking plumage and crimson red eyes.

A flock of 30 Tree Swallows did acrobatics over the bridge while catching the first hatching of insects.

The area usually has several nesting Ospreys, conveniently located next to the lake, as they are fish-catching birds of prey.  Even a Great Egret has been seen in the area in past years.

The causeway acts as a funnel for forest birds too, and the trees buzz with activity of warblers hunting for insects.

Misery Bay Provincial Park itself contains a variety of habitats, from the open waters of Lake Huron and Misery Bay to open limestone bedrock plains called alvar to dense mixed forest that are sprinkled with temporary (vernal) pools in spring.

The park, classified as a provincial nature reserve for its outstanding natural heritage values, contains the largest wetland on Manitoulin, which is considered provincially significant.

For visitors of Misery Bay The park does not have a campground because nature reserves generally have just enough development to allow some appreciation of their natural heritage values.

At Misery Bay Provincial Park, there is a small nature centre and about 15 km of trails for hiking and bird-watching.

The park is operated with the help of the amazing volunteers of the Friends of Misery Bay, a group of dedicated nature buffs.

Birds to look out for at Misery Bay

From the visitor centre to the shore of Lake Huron and the well-placed “Friends Gazebo” (a good spot to rest, have a snack and do some birding), the trail intersects patches of open alvar (limestone pavement) that appear in the forest.

Species of note here include:

You’ll also have a chance to see and hear several beautiful warbler species:

You might also see Ruffed Grouse, and — depending on the time of day — Great Horned and Northern Saw-whet Owls may be heard.

This area also has other singing sounds that sometimes confuse folks expecting birds. One such masquerader is the Gray Treefrog, whose call is often confused with that of a bird.

From the Friends Gazebo, north and south along the Coastal Alvar Trail, which skirts Misery Bay’s sheltered eastern shoreline, there is an extensive marsh community with lots of insect life and bird activity.

During the open water seasons, there are migrants visiting this area for resting and feeding, with 20+ species of shorebirds (such as the Semipalmated Plover, shown above) regularly seen. Eleven Horned Grebes were also spotted here at the beginning of May, as well as several pairs of beautiful Northern Pintail Ducks, and both Common and Hooded Mergansers.

And the sightings continue…

A Bald Eagle, a Northern Harrier and a Merlin have made up the contingent of birds of prey in Misery Bay. In the breeding season there are usually three species of gulls, one tern and various species of ducks that make the bay their home.

Numerous “edge” species make use of the forest edge where it meets open alvaror water, while other birds prefer the deep forest interior of the park.

Early visitors so far have included:

Eastern Kingbirds are known to hunt insects from perches in the alvar.

This is also a great place to view a variety of butterflies in season that take advantage of the park’s many flowering plants, like the rare Manitoulin Gold (a.k.a., Lakeside Daisy) and beautiful Fringed Gentian.

Wherever you choose to go this spring to see birds on the wing, happy “twitching!”