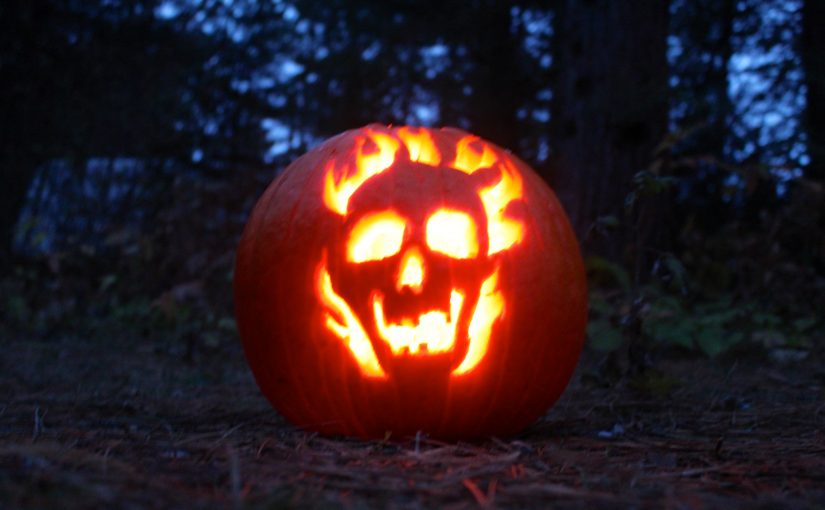 Boo! The scariest night of the year is almost upon us.

As we celebrate Halloween with costumes, trick-or-treating, and plenty of scares, let’s take a look at the history behind this spooky day. Halloween, or All Hallows’ Eve, isn’t just about candy and costumes.

Halloween is actually a festival that descends from the ancient Celtic and Druid festival of Samhain.

This festival marked the transition from summer activities to winter ones. This is because it occurred between the fall equinox and the winter solstice, or a time of the year known as a cross-quarter day.

In our “Eyes on the Skies” posts, we have talked about equinoxes as well as solstices. An equinox is a time of year when the sun rises in the due east and sets in the due west. This creates equal amounts of daylight and night. During the Samhain, the ancients believed that the barrier between this world and the otherworld was more open.

This meant that spirits of the dead could pass back and forth between the two worlds with greater ease.

It was also on this date in the distant past that the Pleiades star cluster could be viewed at its maximum height at midnight.

The concurrence of Pleiades at midnight on Halloween has spooky significance to several cultures. Many cultures associated this cross-quarter day to a time to respect those who had passed away and commemorate their passing with ceremonies.

Two examples of this are the Mexican Day of the Dead and the Christian All Souls Day.

A night where the line between the living and dead is blurred? Sounds creepy to us!

We will leave you with a beautiful image of a galactic system that is so massive it has warped the space around it. This means it offers a distorted the view of far more distant galaxies.

It also happens to look a lot like a Halloween jack-o-lantern.