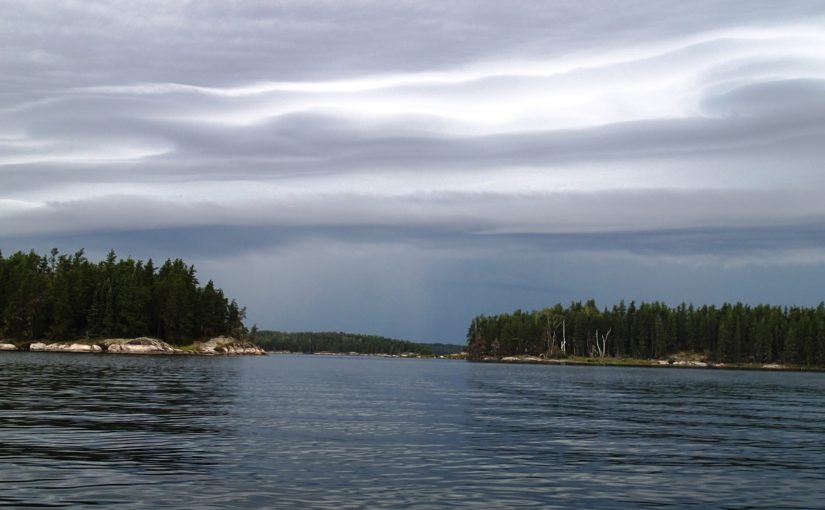 Did you know that the speeds of sound and light can provide us with a lot of useful information?

First of all, some important numbers: We can use the differences in measured speeds to help us understand the behavior of objects.

For example, on a warm summer day, you may be at a park where someone is safely jumping into the water.

If you happen to be canoeing near them, you will see them hit the water and hear the sound of the splash almost immediately.

But if you are canoeing further away — say about 500 m away — and happen to be looking at the diver, you will see them hit the water, but will not hear the splash for almost 1.5 seconds.

However, that distance is roughly 1.5 times the distance sound travels in a second. So while the sight of the diver hitting the water arrives at your eye in an instant, the sound of the splash itself takes 1.5 seconds. The trick of knowing the differences of the speeds of light and sound can be an extremely important tool for those hiking, canoeing or enjoying other outdoor activities in our parks.

For example, if you are out canoeing and hear/see lightning, you should probably pull towards shore. But the question might be, how far or how fast is that lightning moving towards me?

Well, we know that sound takes about 343 m/s to travel to us and light is almost instantaneous. The common rule is that for every five seconds between the sight of the lightning and the sound of thunder, you are about a mile or 1.7 km away.

The trick is to keep monitoring the situation. If the distance between the lightning and the thunder is getting shorter, then the lightning is heading towards you and you may need to act immediately to find safety. If, on the other hand, the time between the sight of the lightning and the sound of the thunder is staying the same or increasing, you may be okay, as the lightning may not be approaching. Obviously, it is important to always take the necessary steps to ensure the safety of yourself and your group.

Distances to the moon and planets

A similar trick can be used to determine the distances to the moon and beyond. If you have ever listened to the Apollo astronauts’ communication with NASA controllers, you will notice that there is a delay in their communications.

In this case, the speed of sound does not play a role as there is no air in space through which sound can travel. However, at just over 380,000 km away, the distance to the moon is far enough to affect the time it takes for a light signal to travel from Earth to the moon. Radio transmissions, travelling at the speed of light (300,000 km/s), take around 1.33 s to reach the moon and another 1.33 s to return. So, the delay one hears between astronauts and ground control is a result of this delay.

The precise distance to the moon is known to within millimetres by using LIDAR and lunar reflectors left by the Apollo astronauts on the moon.

LIDAR (short for Light Detection and Ranging) uses the principal of bouncing a beam of light off of a target and measuring the time for the bounced signal to return. Knowing the speed of light then allows the observer to calculate the distance to the target very accurately.

Using this approach has allowed astronomers to measure the distance to the sun and planets, not by placing reflectors on these objects, but by sending a beam outwards and measuring the return time of the beam’s reflection back to the earth. Such information has allowed us to predict celestial events more accurately and further verify scientific theories.

A simple knowledge of the speeds of sound and light can help you learn a lot about your environment!

Want to know more about our galaxy? Check out our Eyes on the Skies series!