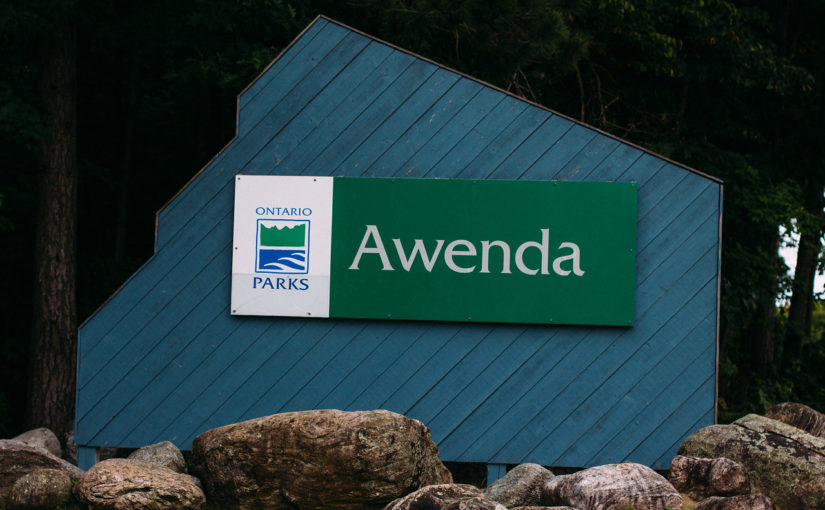 But where did the name “Rondeau” come from? In the summer of 1669, Rene Brehant de Galinee and Francois Dollier De Casson (both French explorers and missionaries) departed Montreal on an expedition with French explorer Rene-Robert Cavelier, Sieur de la Salle. Their goal was to be the first to find an overland route to the Pacific Ocean. The expedition team soon discovered that la Salle was ill-prepared for this voyage. He could barely paddle a canoe, only spoke French, and was not comfortable in the remote wilderness.

Even with this setback, by September, the men had made it to the north shore of Lake Erie. During this journey, Galinée a sketched a map of the Lake Erie area from Port Dover down to Point Pelee. He was the first to record this area on a map known as “Map of Canada and the Lands discovered towards Lake Erie.”

The area at the southern end of what is now Rondeau Provincial Park was referred to by early travellers as Pointe aux Pins (“Pine Point”), but the bay area was named “Rond Eau” by de Galinée and Casson because it had a somewhat rounded appearance when viewed from its centre. Rondeau Provincial Park was named after “Rond Eau” which means “round water” and describes the protected bay, now known as Rondeau Bay, that is sheltered by the peninsula which extends into Lake Erie.

This park has beautiful Georgian Bay beaches, sand dunes, upland forests, fens, and bogs. There are a large number of provincially significant archaeological sites on the mainland. The word Awenda is Iroquoian (Wendat or Huron).

Dr. John L. Steckley, a retired Canadian scholar specializing in the Indigenous languages of the Americas provided this explanation: “The best translation for “awenda” would be a noun that means both ‘voice’ and ‘word.’  It was used with the verb root -io- ‘to be great’ (as in Ontario, ‘it is a great lake’) to create the word used for God: hawendio ‘his voice or word is great.’ As written, it would be a Northern Bear dialect word, the dialect of the people in the Awenda park area.” One of our newer provincial parks, Komoka, is located along the Thames River and is largely made up of former agricultural land.

The park was named after the nearby Village of Komoka which is located in the regional Municipality of Middlesex Centre. Komoka dates back to 1798 when the first British settlers arrived and recognized the natural value of the Thames River. The origin of the name Komoka is explained in the 2011 proposal for a municipal building for Middlesex Centre: “Once a burial site, the name Komoka derives from the Indigenous name Kah-Ma-Ka, which translates as ‘Home after Death.’ An Indigenous legend tells of a young man from the Muncey tribe and a young man from the Delaware tribe falling in love with a woman named Winona. The young warriors fought over her and both were killed. Upon seeing them both slain, Winona killed herself. The three bodies were said to be have buried at Kah-Ma-Ka, present day Komoka.”

Komoka Provincial Park was established as protected park land in 1989.

Bronte Creek is a beautiful, natural area, with an impressive variety of programs for people of all ages and interests, including camping, hiking, skiing, a children’s farm with live animals, a disc golf course, a turn-of-the century Spruce Lane Farm House (c.1899), and a 1.8 acre outdoor pool.

Official consideration to establish a park along Bronte Creek in Oakville dates back to a set of 1959 recommendations made by the Oakville-Trafalgar-Bronte Joint Planning Board. A 540-acre park was proposed on the site which is now Bronte Creek Provincial Park. That proposal lay dormant until the early 1970s, when a detailed proposal was submitted..

After reviewing several submissions suggesting names for the park, the advisory committee recommended Bronte Creek Provincial Park, after the waterway running through the park and the nearby Oakville neighborhood of Bronte.