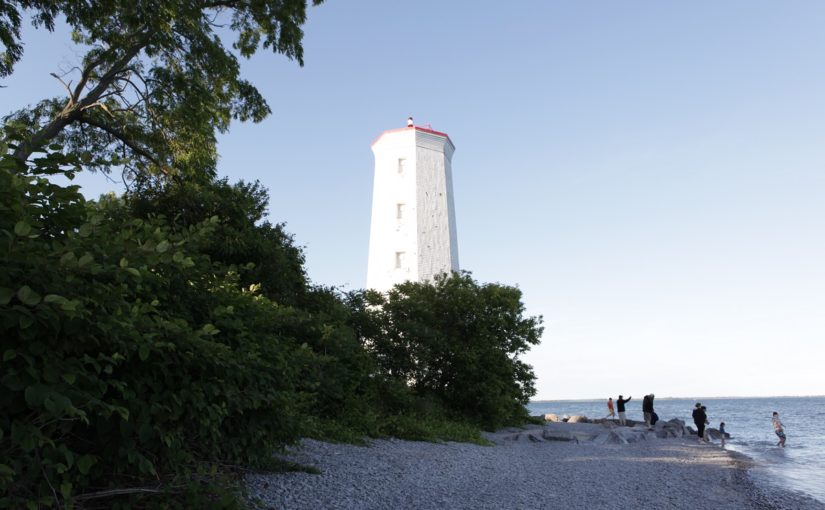 Voyageur Provincial Park, Ontario’s eastern-most park, located on the Ottawa River, has a interesting history behind it. Firstly, Voyageur was not the original name of this park.

Established in 1971, Voyageur was first named “Carillon Provincial Park,” after a local inhabitant of the nearby town on the Quebec side of the Ottawa River, Philippe de Carillon. He owned a piece of land in which he established an illegal fur trading post with the coureurs des bois (fur traders also known as “wood-runners”). Eventually, due to much confusion with another campground named Carillon Park in Quebec, Voyageur was renamed in 1994.

A stop for explorers, traders and voyageurs

The history behind Voyageur’s name begins in the 1600s, when the area was inhabited solely by First Nations. In fact, the name “Ottawa” comes from the Algonquin term “adawe,” which means “to trade.” The forests around Voyageur were dense with pine, hemlock and maple trees, making travel difficult by land and easier by water, turning the Ottawa River into a popular trade route. Once European settlers arrived, this route marked the boundary between Upper and Lower Canada in the 1700-1800s. In this time, the land that is now Voyageur Provincial Park became a prime stopping location for explorers, fur traders and voyageurs.

Voyageurs were hired to transport goods, including furs, by canoe to different trading posts. Most worked for one of two companies: the Hudson’s Bay Company or the North West Company. Anybody travelling along the Ottawa River had to pass through three sets of rapids a total of 13 km long: the Carillon Rapids, the Chute-a-Blondeau Rapids, and — most dangerous — the Long Sault Rapids. Voyageurs risked their lives daily to ensure people downriver would have the supplies they needed to survive and colonize new towns. Eventually, roads were built along the shoreline to portage around the rapids, and many lives were spared.

In modern-day Voyageur Provincial Park, the days of fur trading have long since passed, but remnants of the era of exploration can still be appreciated. Whether you trek the old portage paths through pristine forests or experience the silence of canoeing in one of the quiet bays along the Ottawa River, there are plenty of ways to imagine yourself back in time.

One of the most common questions our staff gets asked is: “What does Presqu’ile mean?” And, as if by reflex, we answer: “Almost an island.” But there’s more to Presqu’ile’s name than just that.

Presqu’ile is an L-shaped landmass that juts out into Lake Ontario, with three of its sides surrounded by water. Our name comes from the French, “presque” meaning “nearly” or “almost,” and “ile” meaning “island.” In other words, a peninsula. But Presqu’ile was not always a peninsula.

Thousands of years ago, there was just a limestone island (now the campgrounds and day use area of the park) and a channel of water separating it from the mainland. Gradually this channel filled in from shifting currents and a buildup of sand, forming a land bridge, also known as a tombolo. Presqu’ile has one of the largest freshwater tombolos in the world, and this unique land formation is the reason Presqu’ile has such high biodiversity for such a small place.

The tombolo has lots of different habitats, from the beach, dunes and marsh habitat, to the old growth forest and meadows. Presqu’ile is home to thousands of species of plants and animals, and acts as a critical rest stop for migrating birds and insects. This small parcel of land thrives in its diversity and resilience to the ever-changing conditions it sees as a peninsula in Lake Ontario.

A tragic turn of events

Another name tied to the peninsula is Newcastle, the name of the district capital that was to be established in the 1800s.

The town of Newcastle began its development by building a courthouse, in the hopes of seeing its first trial in October of 1804. However, the courthouse would have no trials, and the plan for Newcastle was abandoned when the HMS Speedy – a boat transporting an accused murderer and government officials from York (Toronto) to Newcastle for the first trial  – sank off shore during a storm. All lives were lost. Since traveling by boat was the only way to reach Newcastle at the time, the location was deemed unfit for a capital due to the severity of storms and treachery the point could present. The capital was instead moved down to Amherst, present-day Cobourg.

While no one is credited in naming Presqu’ile, our French name was a common label for peninsulas on maps made by French explorers, such as Frontenac and La Salle. There have been many discussions on the spelling of Presqu’ile, since it has many variations depending on which map you are referring to. It was known as Presque Isle de Quinte in 1798, and Presque Isle Bay in 1840. Finally, Presqu’ile Bay, Presqu’ile Park and Presqu’ile Point became the standard names for the peninsula in 1933. Through Presqu’ile’s history, its name has changed just as much as its landscape. Nevertheless, Presqu’ile continues to be a thriving pocket on the Great Lakes and a significant place of activity for birds, insects, plants and people.