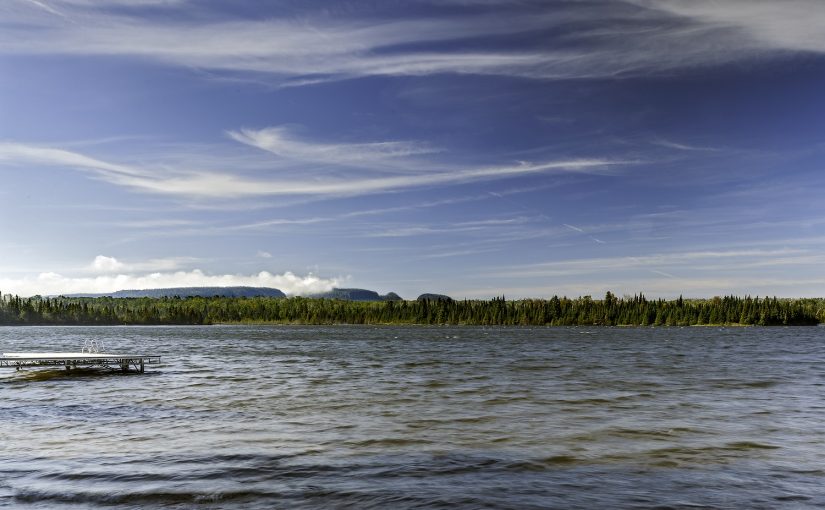 Sleeping Giant celebrated this biodiversity with its very own two-day intensive BioBlitz from June 17 to 18.

The park boasts a range of habitats which provide protection for over 450 species.

Information collected during the Sleeping Giant BioBlitz added records to the park’s inventory. This helps with future land-use and management decisions at the park. Despite some challenging weather on day two, a variety of species were sighted and recorded over the weekend.

The BioBlitz resulted in a total of 337 observations of 159 species. We even recorded 16 new species! Some of the most frequently observed bird species included the Red-eyed Vireo, Nashville Warbler, Winter Wren, American Redstart and the Swainson’s Thrush.

Here are some highlights of the recorded species. The Wandering Glider is a relatively large, amber-coloured dragonfly with orangey-red eyes.

This species is unique as it migrates over great distances and is found in every continent in the world (except Antarctica).

Although less famed than the Monarch Butterfly as a long-distance traveler, this dragonfly is a hardy migrant known to travel up to 18,000 km in some parts of its global range. That’s twice the distance of the Monarch!

This dragonfly is relatively uncommon in Northwestern Ontario, arriving in midsummer from their winter locations including Mexico and the West Indies. The larvae develop in several months, and new adults complete a return journey southward.

Wandering Gliders are notoriously difficult to catch.  Even when they are sighted in an area they can fly for hours at high altitudes without coming down to make a perch.

The observation of this species at the Sleeping Giant BioBlitz was a first for the park, and is a notable contribution to the biodiversity of this area! The Bird’s-eye Primrose is a unique plant for the area.

Classified as an arctic disjunct plant, it typically grows in areas much farther north, especially in the arctic!

Why can they be found outside of the arctic tundra? The cool climate around the coast of Lake Superior makes it possible for them to grow along its rugged coastline. This includes Sleeping Giant!

These cold-loving plants are recognizable by their pink lobed petals with a distinct yellow ring in the centre of the flower.

Overall, they are pretty cool plants! The American White Pelican, one of the two pelican species throughout North America, is known to be one of the largest of the boreal pelicans.

This bird has a snowy white body with broad black feathers underneath the wings, a long neck and a massive yellow-orange bill.

If you are hoping to see a White Pelican, try looking for them on inland lakes in the summer, as these birds are dependent on wetlands for their survival.

The Boreal Forest provides habitat for the American White Pelican, and they primarily nest on two lakes in the northwest: Lake of the Woods and Lake Nipigon. However, these birds can fly hundreds of kilometres in search of food.

The American White Pelican is currently listed as a threatened species in Ontario. It’s still relatively rare to see this bird in Northwestern Ontario, as they are generally only a summer resident, however their range has expanded during the past few years.

Keep an eye out for the American White Pelican at Sleeping Giant Provincial Park! The Green Frog is the largest amphibian found at Sleeping Giant.

Its distinct call is reminiscent of a banjo string or tight elastic. If surprised, the Green Frog will usually squeal and wait until the last minute to jump from the shore to the water.

Green Frogs vary in colours of brown, tan, and sometimes shades of blue. You can look for Green Frogs along shoreline edges and water banks.  The water’s edges are ideal hunting grounds for insects, crayfish, smaller frogs, spiders and aquatic invertebrates. Thanks to our six experts and 17 participants of the 2017 Sleeping Giant BioBlitz!

For a complete list of Sleeping Giant’s observations and results visit iNatural.org