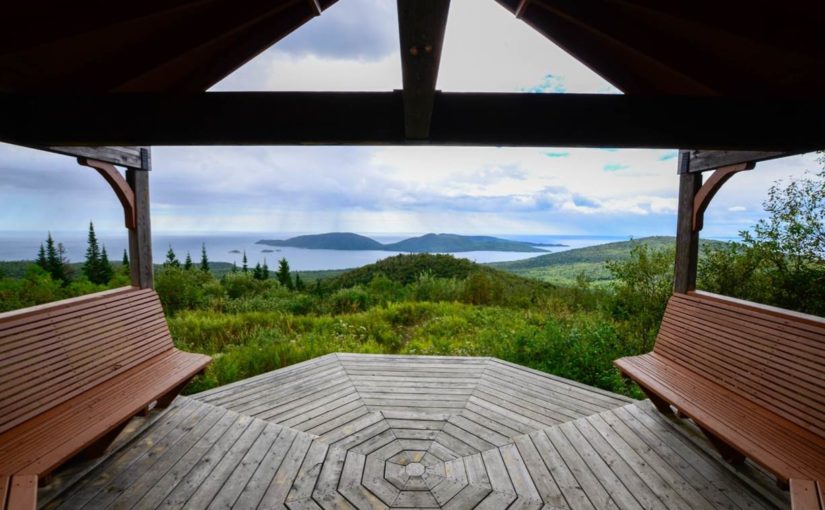 The Group of Seven is a famous group of Canadian artists who formed with the mission to paint the truly rugged landscape of Canada; something they did not feel could be achieved with the popular European artistic style of the time.

Before the Group of Seven became official in 1920, the members were simply men who loved to paint! Most of the members lived in Toronto and worked for a design company called Grip Limited. Here, as well as the Art and Letter Club in Toronto, is where many of them met and by 1911 these men had started painting together.

Although not an official member, Tom Thomson was the person who first inspired the Group to go into the wilderness. Thomson, in addition to being an artist, was a camping and fishing guide.

He lived in Algonquin Provincial Park six months of the year, where many of his most famous pieces were created. Unfortunately, he drowned in 1917, three years before the group was formally established.

As the name suggests, there were seven members of the Group of Seven. However, over the years, as members left or passed away, new members were added, bringing the total number of artists up to ten.

In 1921, Lawren Harris first made it to the north shore of Lake Superior and fell in love with the landscape. He returned many times, bringing other members with him, including A.Y. Jackson, Arthur Lismer, A.J. Casson and Franklin Carmichael.

These members painted the landscapes that are now a part of Neys Provincial Park. One subject that inspired them to paint was Pic Island. One of Lawren Harris’ most famous works is Pic Island from 1924, however over the years Harris completed over 50 sketches of the island.

According to A.J. Casson, it was quite an adventure to get up here. Near Port Coldwell (which today is an abandoned community, about 5 km east of Neys), there is a steep downward grade to the train tracks, so the train couldn’t stop.

Lawren Harris made a deal with the conductor for them to slow down to 40 km/hour and the members hopped out while their supplies were thrown out of the baggage car. They then continued along the track for a few more kilometres before heading into the bush and setting up camp.

The group would be out on trips averaging two weeks, and in that time they would hike and camp, much the same as we do today at Neys Provincial Park.

The Group of Seven painted en plein air which means “in the open air,” a phrase most commonly referring to painting what one actually sees outside.

While on a trip, the group would create “sketches,” which are quick miniature paintings of the landscape. They would actually produce a lot of these sketches on each trip. Some estimates report that each person would produce around 50 sketches per trip, averaging about four sketches per day.

The group would then reproduce and turn some of their favourite sketches into full-size gallery paintings when they returned to their studio in Toronto.

In 1933, the Group disbanded because their art work was becoming more accepted, and they no longer needed each other for support against critics. Although the group was officially separated, the men continued to paint landscapes and travel together. The Group of Seven will forever be remembered as the rebel artists who helped shape the Canadian art movement.

Today, between Sault Ste. Marie and Terrace Bay there are 16 Moments of Algoma Group of Seven interpretive signs in the form of an artist’s easel and stool which tell the story of the Group of Seven and their travels along the North Shore of Lake Superior.

On your next visit to Neys Provincial Park, be sure to stop in at the park’s Visitor Centre to see replicas of the artist works and to learn more about the Group of Seven’s time in the park and surrounding area.

You will find that one of the interpretive easels can be seen near the Visitor Centre at the beach. This sign is inviting you to hike up the Pic Island Overlook Trail to a beautiful gazebo offering a spectacular view overlooking Pic Island.

The hike up to Pic Island

The shortest way hike to the top is along the 4.5 kilometre steep, linear trail that follows an old service road.

Hikers who make the trek and show a picture of Pic Island from the top to park staff at the gatehouse or Visitor Centre will receive their own “I Hiked to the Pic Island Overlook” pin for their efforts. A second interpretive artist’s panel and stool will also be found at the top next to the gazebo.

The many ways to appreciate the Group of Seven

Even now, the Group of Seven continues to motivate us to tap into our inner artist and be inspired by the beautiful landscape protected in Neys Provincial Park. If you’re in the Toronto area, be sure to visit the McMichael Art Gallery to view some or the original works of the Group of Seven.

Next time you visit Neys, look for our Group of Seven educational programs on the events boards and join in, or bring your own sketch pad or paint supplies to let your inner artist out and capture the land that speaks to you at Neys Provincial Park.