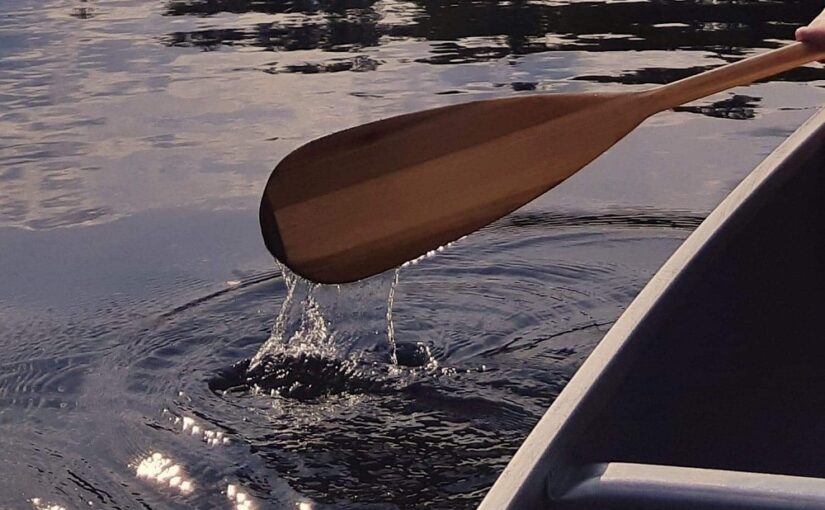 There may be a time when you used your paddle to get through white caps. At other times, it leisurely pulled you over still wetlands.

They are a lifeline. Solid, reliable; something that won’t break down on whatever journey you may be on.

But what if we told you that a paddle can also take you through time to the very beginning of the provincial park system? A time when the only two superintendents in Ontario Parks were 600 km away from each other, and correspondence was mainly though letters.

Just two paddles are the tangible pieces of history that connects Algonquin Provincial Park and Rondeau Provincial Park through a story of beginnings, friendships, and marriage.

Let’s take you back

The year is 1898 and George W. Bartlett has just been hired to be Algonquin’s new superintendent.

Everything was new. The Ontario Parks system had just begun, and Bartlett worked to meet the demands of a superintendent according to the values of the time. One of his most noticeable achievements would be creating a “bush line” telephone system through the park so information could travel more quickly to the backcountry.

He would go on to be the superintendent of Algonquin for 25 years.

Some years earlier about 600 km to the southwest, Isaac Gardiner became the first superintendent of Rondeau.

Similarly, he worked within the policy and public values of the day to make Rondeau an exciting venue for those seeking an outdoor experience.

It’s not surprising that these two men would reach out to one another and consult on all things Ontario Parks.

Their letters and telegraphs to each other eventually resulted in meetings and friendship.

Bartlett would often travel down to Rondeau and spend time with the Gardiner family, becoming very good friends with Isaac and his family over their years together.

Their friendship continued until 1913, when Isaac Gardiner died.

Isaac’s death did not stop the continued relationships between the two families.

In the same year, Gardiner decided to retire from his position in Algonquin and settle with his new wife in Ridgetown, a small community outside of Rondeau.

As a retirement gift, Ontario Parks gave Bartlett a set of paddles. He brought them with him to his home in Ridgetown. When he passed, he willed the paddles to his wife, Mary Gardiner and she left them with her attorney to decide what to do with them.

They were eventually given to Rondeau by the family, as this had been one of Bartlett’s favourite places.

The paddles now stand as part of the Ontario Parks history display at the Rondeau Visitor Centre. Each year, thousands of people come through Rondeau, and observe the paddles that connected the lives of the early years in Ontario Parks.