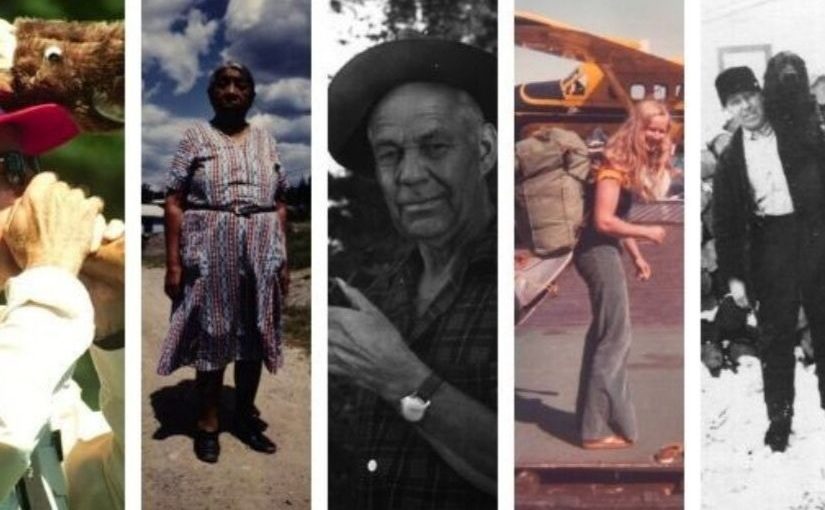 Quetico’s oral histories have been locked away on archival cassettes at the John B. Ridley Research Library — until now.

Courtesy of history enthusiasts from the University of Wisconsin Whitewater, they have come out of the vault and into our ears.

By digitizing our interviews, we hoped to preserve and share Quetico’s stories, in order to build connections to the people who travel here.

Also, magnetic cassettes have a finite lifespan. As many of the interviews were conducted in the late ’70s and early ’80s, digitizing became a priority for the archive.

My master’s thesis was an oral history project based in Quetico Provincial Park, but I had no experience digitizing cassettes and improving audio quality.

Elizabeth (Liz) Liska, under the direction of Dr. Anthony Gulig, travelled up the north shore to lend me her time, equipment, and expertise in converting cassette tapes to .mp3 files.

Liz spent three weeks at French Lake, deep in the back of the John B. Ridley Research Library, digitizing more than 400 (yes, 400!) interviews in real-time. The audio quality had definitely improved over the years, as the park invested in better recording technology. The poorer quality recordings did not faze Liz, however, as she cleaned some of the oldest and most metallic voices, and repaired cassettes.

Most of the interviews were conducted by Shirley Peruniak, who was Quetico’s Park Interpreter from 1975-1994. She decided to learn about Quetico’s past by talking to the people directly involved.

She had the insight to interview some of Quetico’s first rangers, loggers, trappers, and Indigenous elders just before many of them passed away in the late 1970s. Suddenly, there are the heavy northern accents of Benny Ambrose or Billy Magie, as they infuse their stories with elements of lore and humour.

And there’s cadence of the Powell family from the east side of the park, and the poetic language of writer Sigurd Olson.

Where they were indecipherable only moments before, the voices of Quetico’s past emerge. There are the voices of the less celebrated and not-quite-so-famous individuals, reminding us that everyone’s story matters. This is re-teaching me the value of listening, and celebrating the unique subtleties and distinctiveness that this locale brings.

Having easier access to this valuable piece of Quetico’s archive will surely benefit future generations. This fall, Liz will be supervising students as they listen, catalogue, and code the recordings.

Liz and I have been working with park staff to create a comprehensive list of identifiers to analyze the tapes. Once indexing is complete, researchers will be able to quickly identify passages or items of interest, and see the relationships between them.

The brilliant thing about coding from audio recordings, instead of transcriptions, is that you can immediately tell when something is important to the interviewee. When someone gets excited, you can hear it in their voice. Their pace often quickens, and they become really specific about an experience. Conversely, you can more easily tell when someone is being vague and impersonal.

The goal is to have them coded by next summer.

I’ll leave you with one of my favourite “Shirley” quotes:

“The canoeist does not journey through a trackless wilderness. The canoeist journeys through the past. Your canoe travels the same route canoes have traveled before. You see the same islands others have seen. You pass the same shoreline others have passed. You walk the same portages others have walked. The cycle of your journey is the cycle of other journeys.”