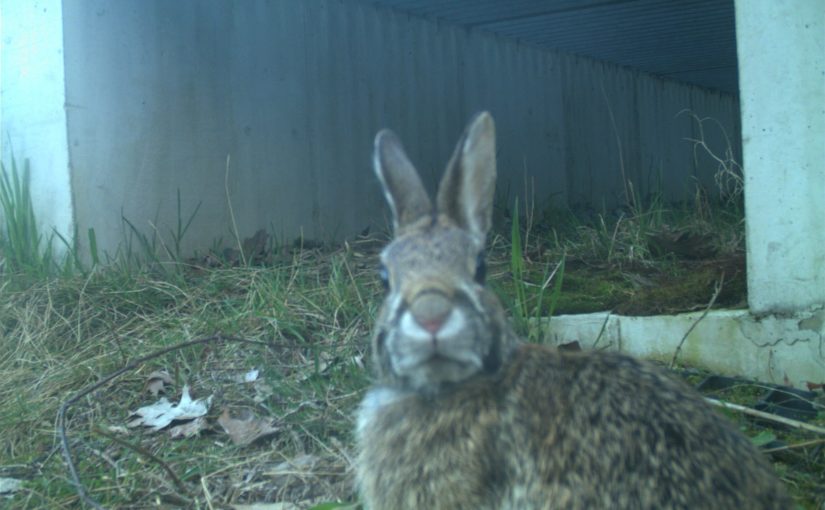 I have a lot to thank my parents for, not the least of which is for introducing me to nature as a young child.

When my family immigrated to Canada, we began exploring Ontario and seeking out opportunities to witness natural phenomena and wild species. Soon, this behaviour led us to Algonquin Provincial Park, and we started making frequent pilgrimages there in all seasons. That guide became one of my favourite booklets that I used to thumb through, reading and soaking up all I could about the mammals known to inhabit the park.

In fact, I still have my original copy.

Those early experiences started a passion for wildlife, in particular for mammals.

That passion led me to two degrees in ecology and a diverse job history including work on the re-introduction of Southern Flying Squirrels to Point Pelee National Park, small mammal trapping on the cliffs of the Niagara Escarpment, management of White-tailed Deer populations, and Black Bear research throughout the province.

My initial love of mammals led me to a career in Ontario Parks, including tracking the biodiversity of Pinery Provincial Park.

Tracking the biodiversity of an expansive park is a daunting task. Recently, we’ve employed new technologies and strategies to help. These actions performed by park visitors are extremely helpful in monitoring the state of park biodiversity, in assisting with recovering species at risk, and informing park management activities – not to mention that it’s fun to seek out real life Pokemon in Pinery!

Employing modern technology is another way that we are making strides to ensure Pinery is forever protected.

Recently, we have been equipping bat boxes with automated, solar powered PIT (Passive Integrated Transponder) tag readers. We’ve installed a vehicle feedback sign that displays your speed, but also tracks vehicular activity in the park – recording speeds, time of day, number of vehicles, etc. allowing us to better manage our human and other resources.

How did the critter cross the road? Via ecopassage!

One of the most exciting new technologies is currently deployed in the southern end of the park recording animal behaviours using solar power.

A sophisticated fauna camera has been tracking the success of our ecopassage, and recording animal diversity and behaviour for several years.

An ecopassage is a simple box culvert embedded into a roadway that allows animals to safely pass from one side of a roadway to the other while being protected from vehicles. I have been excited to track the species as they visit the area.

To date, many species of mammals and birds frequent the passage and we have also recorded several reptiles. Recording reptiles is more difficult given their smaller relative size and slower movements.

Meet some of Pinery’s residents:

I know this from past mammal survey data, but to confirm the species, photographs clearly showing their feet with mass and length measurements are required. Weasels are voracious predators and several of the images capturing this species show them with rodent prey in their mouths.

The top right image shows the weasel in its winter pelage of white with a mouse in its jaws. “Pelage” is the term used by mammologists to describe collectively all the fur on a mammal’s body.

Weasels change their pelage from summer to winter to better camouflage themselves against snow, however white winter pelage may prove to be a disadvantage in winters like the one we just passed with minimal snow accumulation in much of the province.

Much like their smaller cousins, the Mink (Neovison vison) is skilled at predation. As captive Mink have escaped over decades from farms in Ontario, the genetic lines of domesticated and wild Mink have merged.

Active year-round, these mammals are frequently seen in riparian areas hunting for small to medium-sized prey.

Sometimes Raccoons (Procyon lotor) are looked upon as pests, but really, we should give them the utmost respect. They are the ultimate omnivores, taking advantage of a wide variety of food sources throughout the year.

I believe they will inherit the earth when we are finished with it. As Ontario’s only marsupial, the Virginia Opossum (Didelphis virginiana) is a remarkable member of our biodiversity. Evolving in the southern hemisphere, the species expanded its range northward and is now found throughout much of Ontario. They are ill-equipped to deal with our northern winters, often bearing the telltale signs of frost bite called “crispy ear,” as their naked ears are sometimes injured by the cold.

Their prehensile tail is caught above, and is certainly one of their most useful body parts.

Perhaps the quintessential Canadian mammal, Beavers (Castor canadensis) were one of the first species to begin using the ecopassage soon after its installation. Several members of the squirrel family — including black-phase Grey Squirrels (Sciurus caroliniensis) — make use of the ecopassage, scurrying about their days in search of acorns and other seeds. Eastern Chipmunks (Tamias striatus) hibernate during colder periods, so their appearance and disappearance at the ecopassage can often be harbingers of seasonal changes.

Sometimes I wish that our Cottontail Rabbits (Sylvilagus floridanus) would do a bit more work eating vegetation that grows and blocks the view of the camera! Population trends in carnivores like Coyotes can be implied based upon the abundance of this prey species.

A diversity of birds use the ecopassage, including:

and several other species. Wild Turkey (Meleagris gallopavo) were captured below, showing some of their interesting feathers and the distinctive spurs found on their ankles. These spurs are effective against predators and allow the birds to inflict fatal wounds to snakes, amongst other prey. Finally, the shot on the bottom left shows a diligent female Wood Duck (Aix sponsa) leading her gaggle of ducklings through the ecopassage, safely passing beneath the roadway.

Canis latrans, the scientific name for the Coyote, translates from Latin as the “barking dog.” Anyone who has camped at Pinery has likely heard proof of this as they yip and howl at night to keep family units together.

Amazingly, these creatures frequently travel through the ecopassage without hesitation even though their shoulders likely brush against the roofline.

Like their larger rodent cousins the Beaver, Muskrats don’t hesitate to make use of the ecopassage. Their voracious appetite for cattails and other emergent vegetation makes them important forces of change in the Old Ausable Channel. The evidence of them using mast foods like the acorn seen in the mouth of one above underlines the importance and connections between trees and mammals.

I have worked at Pinery Provincial Park for close to 20 years, and I have spent excessive amounts of time out in the park surveying.

In all that time, I have only two cases proving without a doubt that Otters frequent the park. Once in the middle of winter, staff reported strange tracks in a freshly-laid blanket of snow early one morning. It turned out to be belly-slides from two Otters that traveled a great distance through the park, running and sliding on their bellies and running again… it looked like fun!

Another time I was standing on the Ooze and Gooze dock in mid-summer and an Otter swam by as if he was the Laird of the Land.

When I reviewed a batch of images from the ecopassage camera and found the amazing pictures above (most notably the final image), it was like seeing a ghost!

Then I realized I may be biased; despite hours and hours of time searching, perhaps they slipped by while I wasn’t looking.

And then there’s the mouse.

Let’s just say she is really good at filling up camera cards with lots of selfies! Her activities have been captured at an excessively disproportionate rate. Lastly, there is the Beast of Pinery! Keep your eyes peeled and please report your sightings of this presumed Coyote and anything else you encounter.

We need your help to ensure this vital landscape remains a home for as many lifeforms as possible!