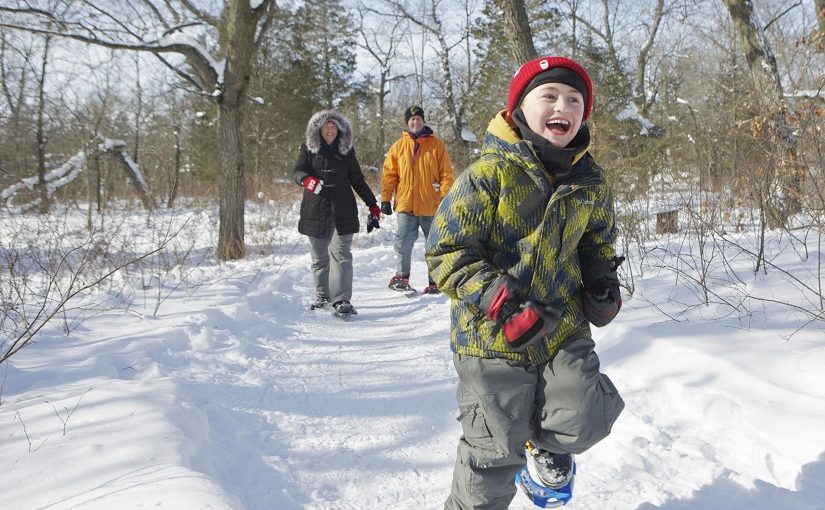 Pinery Provincial Park is giving away some great prizes for Family Day Weekend this year.

We have four three-hour winter ski or snowshoe rentals to give away to families who visit Pinery on Family Day Weekend 2020.

To enter, post a winter photo of you and your family exploring Pinery on Twitter or Instagram this Family Day Weekend, and tag @PineryProvPark and #PineryFamilyDay.

Below are the official rules for the #PineryFamilyDay Promotion:

To enter the Pinery Provincial Park #PineryFamilyDay Promotion (the “Promotion”) you must (a) be a legal resident of Ontario, (b) be 18 years of age or older at time of entry, and (c) have a valid Twitter and/or Instagram account. Employees of Ontario Parks as well as their immediate family (defined as their spouse, parents and step-parents, siblings and step-siblings, and children and step-children) and household members (defined as people who share the same residence at least three (3) months out of the year) are not eligible to participate in the Promotion. Participation in the Promotion constitutes the entrant’s full and unconditional agreement to these Official Rules and the decisions of the Sponsor, which, subject to applicable laws, are final and binding in all matters related to the Promotion. In order to win a Prize in the Promotion, these Official Rules and all requirements set forth herein must be fulfilled. The Promotion Prize Winners are selected by way of a random draw.

The Promotion begins on Saturday, February 15, 2020 12:00 a.m. Eastern Time (“ET”) and ends on Monday, February 17, 2020 at 11:59 p.m. ET (the “Promotion Period”). The Sponsor’s computer is the official timekeeping device for the Promotion. The time that an entry is deemed to be received by the Sponsor will be the time at which such entry is received by the Sponsor’s mail server or web server (as applicable), as determined in accordance with the applicable server’s clock.

Post a winter photo of you and your family exploring Pinery on Twitter or Instagram during the Promotion Period and tag @PineryProvPark and #PineryFamilyDay. Photo must be taken in Pinery Provincial Park located in Ontario. Limit one (1) entry per household during the Promotion Period regardless of method of entry. Pets are not eligible for Prizes in the Promotion. Entrants are only eligible to win one Prize. The use of any automated system to participate is prohibited and will result in disqualification. The Sponsor is not responsible for late, incomplete, invalid, unintelligible or misdirected registrations, each of which will be disqualified.

On Tuesday, February 18, 2020 at approximately 10:00 am ET, the Sponsor will conduct a random draw to select four (4) entries for the Prize (as defined below in Section 6) from all valid entries received from entrants during the Promotion Period. Two entries for the Prize each will be chosen for Twitter and Instagram. The selected entrants will be contacted by the Sponsor by Wednesday, February 19, 2020 by social media using the information that such entrant provided with their entry and may be declared a Winner, subject to verification of eligibility and compliance with the terms of these Official Rules.

The approximate retail value of the Prize is $15.00 CAD. This prize will be awarded to two entrants from Twitter and two from Instagram

There is no cash equivalent for the Prizes. The Prize is non-transferable, and no substitution will be made. Upon being notified of their success, the Sponsor will work with the Winners to determine the most appropriate delivery method of the Prize. Shipping or delivery costs of any of the Prizes will be the responsibility of the Winner(s).