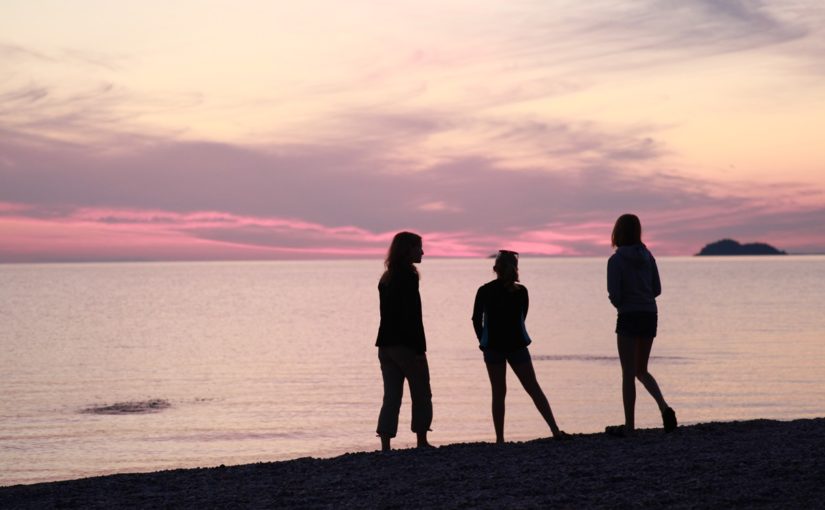 Stroll the halls at our main office, and you’ll find many a former naturalist, ops tech and superintendent. So many of our long-time team members started their careers in a favourite provincial park. In today’s post, Eva Paleczny — now working centrally as a Learning & Education Specialist — recounts her time working in a park.

As a park naturalist at Lake Superior Provincial Park, I met so many people, some just briefly and others year after year.

And the diverse array of visitors I’ve met while working with Ontario Parks has been one of the best parts of my job!

I remember a retired couple who camped at the park for most of every season, and came to each new program I offered, year after year.

I remember a family of four (the Taylors!) who visited the park in August each year. Even when I had been away for a season or two working elsewhere, they always greeted me by name upon arrival. The two kids (now adults!) have worked at the park for two summers now. Kelly is a park naturalist!

Joey works with the maintenance department.

I remember Gene from Michigan, who came to the park 50 years in a row. We held a party for him on his 50th year at the park! Despite not being able to travel to the park these days, Gene and his dog Dakota still go camping (just closer to home!) and have hiked close to 1,400 miles since last October.

I remember meeting cyclist after cyclist, many pursuing solo trips across Canada. The stretch of highway running through the park is especially mountainous, and I recall many exhausted and slightly bewildered-looking cyclists stopping by the Visitor Centre for a break.

I remember an elderly man dropping by the Visitor Centre who had worked with the park in the ’60s. He told me about his involvement in the creation of the campgrounds and described the cookhouse that used to exist for staff. At some point or another we discovered that he had crossed paths with my dad, who had also worked with the park.

I remember many people and some of their stories, but most of all I remember their enthusiasm for Ontario Parks and their eagerness to share their stories, experiences and discoveries with me.

Now from a cubicle in our branch office in Peterborough, I rarely get those face-to-face encounters with visitors that I enjoyed so much! I work to protect parks for the people of Ontario and beyond, but it’s the people who visit our parks who inspire me to keep doing so.