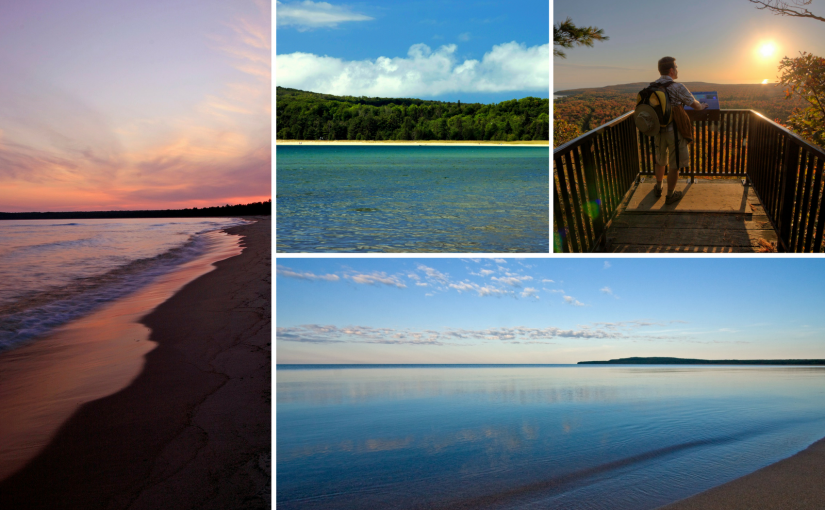 Is it the white, sugary sand? The Caribbean blue-and-turquoise waters? The expansive views across Lake Superior from the beach, or high above from the Edmund Fitzgerald Lookout.

Actually, it seems to be all of the above and more. For the sixth year in a row, Pancake Bay Provincial Park has been named one of the “Best of the Lake” in Lake Superior Magazine’s annual Reader’s Survey.

Readers of the popular magazine pick their favourites across 12 categories each year, which the magazine publishes in a special issue: the Lake Superior Travel Guide. Winners are selected from each of the three states and one province that border Lake Superior. It is over 3 km long (more than 1 ½ miles), and made of fine, sugary sand that makes you think of a tropical island. Its wide arcing beach slopes gently beneath Lake Superior, making it a great family beach.  At 3 km (a mile and a half), there’s lots of room for beach-goers to spread out and get their own space.  The park even has a large section marked out for families who want to spend the day at the beach with their dogs.  Lake Superior can be chilly, but Pancake Bay is sheltered from the open lake, and if it does get a bit chilly, Batchawana Bay Provincial Park just down the road is even more sheltered and is usually even warmer. Pancake Bay faces south, southeast, but curves quite a bit, so it gets both sunrises and sunsets, but the sunsets are the real event here.  From the beach, the sunset can be spectacular, especially when the setting sun and clouds work together.  For a real treat, watch the sunset from the Edmund Fitzgerald Lookout, high above the lake.  There, you can see the sunset over the edge of the Earth, and the largest lake in the world (by surface area). No arguments there! On summer days, the bay is easily mistaken for a tropical paradise, with shades of blue and turquoise water contrasting with the white sand and deep green forest above.

The drive along eastern Lake Superior has been considered one of the best scenic routes in eastern Canada. The view from the previously mentioned Edmund Fitzgerald Lookout, a 3.5 km hike above the lake, provides outstanding expansive views of much of the vast lake. And yes, from the first lookout, you can see the spot where the famous ship the Edmund Fitzgerald sank in a terrible November storm.

Time to plan a visit?

With a full range of facilities, Pancake Bay caters to RV and tent campers with 323 campsites (half with electricity), and also has five yurts within a short walk of the beach. The park is nicely situated less than an hour north of Sault Ste. Marie on the Trans-Canada Highway. The city close enough for campers to explore its shops, museums, galleries, and restaurants (“Best Downtown”), plus the “Best Boat Watching Spot” on Lake Superior: the Sault Ship Locks.

Across the road from the park is Agawa Crafts & the Canadian Carver (“Best Local Store”) with an amazing array of crafts and gifts. Not far from Pancake Bay is the Salzburger Hof (“Best Restaurant”), and Voyageurs’ Lodge and Cookhouse (“Best Staff, Restaurant or Lodging”). An hour up the road is Lake Superior Provincial Park, with 11 hiking trails, many inland lakes, great trout fishing, and a visitor centre that tells the stories of Lake Superior.  For those who must take selfies with large road-side statues of animals, the famous Wawa Goose is just a couple of hours north of the park on that scenic driving route.

In mid-September, the Sugar Maples, Red Oaks, Red Maples and Yellow Birch that dominate the forests of this part of Lake Superior’s coast gain a tinge of colour.  By early October, they’ve turned to brilliant shades of red, gold, peach and burgundy. The Coastal Drive becomes even more scenic. Will the park’s unbroken streak of “Best of the Lake” victories continue? Come for a visit and let us know whether Pancake Bay gets your vote!