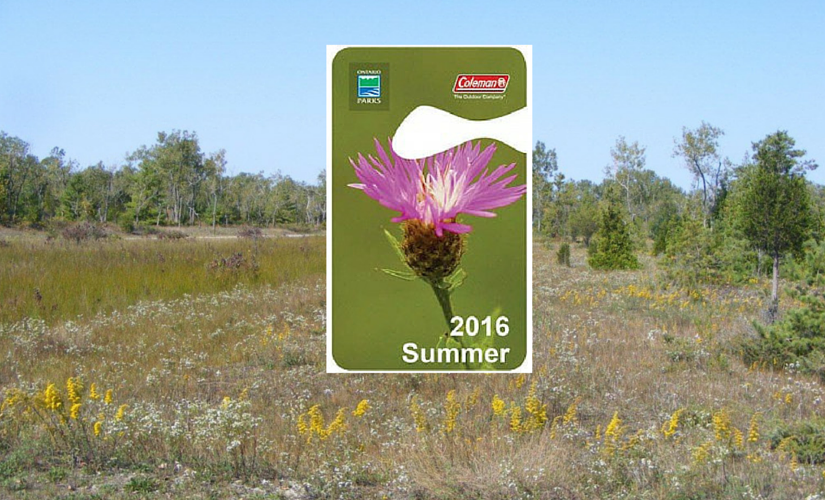 It may surprise you to learn that when Ontario Parks staff discovers that flower in a park, they often rip it out by the roots.

That’s because spotted knapweed is…

This noxious plant can be found along roadsides and meadows in southern Ontario, where it can spread into natural meadows and prairies. It produces thousands of seeds per year, and also releases chemicals into the soil that slow the growth of other plants. It is one of many unwelcome invasive species to Ontario’s provincial parks.

Why is Ontario Parks so worried about invasive species?

Invasive species are a major threat to ecological integrity. They often crowd out natural species and adversely affect the rich biodiversity parks are committed to protecting.

Managing high-risk invasive species is a crucial and regular part of Ontario Parks’ business, and can include:

And invasive species aren’t just a problem for parks; they’re a serious threat to the entire province

They cost our economy tens of millions of dollars each year. They also put resource-based jobs at risk – including those in recreational and commercial fisheries, tourism, the forest industry and agriculture.

In an effort to bolster the fight against invasive species, the Ontario Government recently passed a new law — The Invasive Species Act — which will support the prevention, early detection, rapid response and eradication of invasive species in the province. This new legislation includes measures to enhance actions by partners, and encourages shared accountability for managing invasive species in Ontario.

The new law comes into force this November. In the coming months, staff from the Ministry of Natural Resources and Forestry will be engaging stakeholders and the public in developing policies and guidelines to support the act.

You can help too!

Educate yourself and others about invasive species

Don’t forget to share what you learn with family, friends, co-workers, and neighbours.

If you see an invasive species, you can help by calling the Invading Species Hotline at 1-800-563-7711 or email info@invadingspecies.com to report sightings.

If you have a smartphone, you can download a free app to report invasive species.

And when you pick up your summer park pass, don’t forget to show your friends and family what spotted knapweed looks like and encourage them to help report its spread.