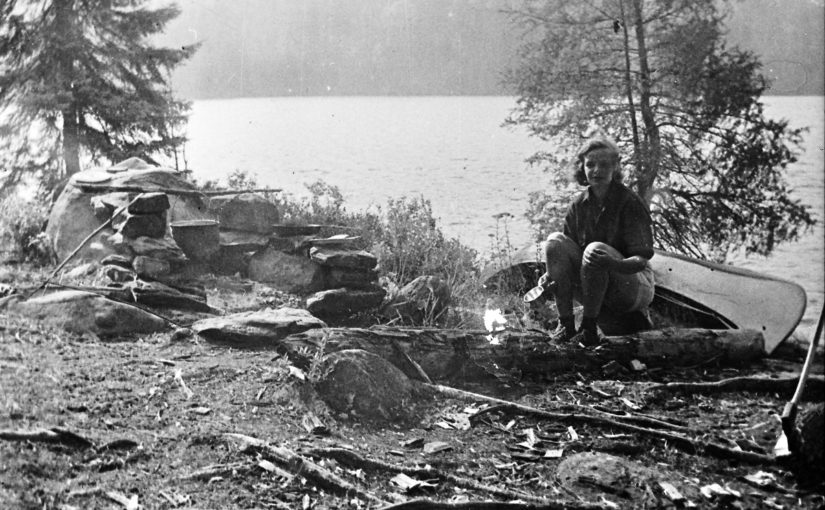 With Ontario Parks celebrating its 125th anniversary, it’s fun to look back at how backcountry camping in our multi-landscaped wilderness has changed over the decades.

In Algonquin Provincial Park, for example, original backcountry involved a birchbark canoe and a dunnage bag filled with enough provisions to last adventure seekers a week or two while paddling and portaging through the park’s many lakes and rivers.

A 1940s provision list from The Algonquin Hotel suggests the following — in addition to other pantry staples, candles, matches and soap — should be sufficient to supply two people for a week in the wild:

The cost was $9.00. The duo would make camp for the night, cook supper over the campfire, and head in for a good night sleep on a bed of balsam boughs. The birchbark canoe has been replaced by a two-person inflatable kayak with telescopic aluminium oars. Tree boughs have morphed into ultra-lightweight, all-weather tents.

While backcountry camping has changed over the years, one thing’s for sure: our love of hardy home cooking has not. So wherever you call home for the night, here are two camp-worthy recipes that have not only withstood the test of time, but are doable over a campfire or on a camp stove.

Fast-track this recipe by switching out the ingredients with cans of baked beans spiked with a little molasses and you’ll be sitting down to dinner in half an hour.

Set Dutch oven over slow-burning embers and bake until beans have absorbed most of the liquid, about two hours, stirring occasionally.

Stir together flour, baking powder and salt. Using a fork, work in butter until mixture is crumbly.

Add water and stir until a soft, slightly sticky dough forms. Turn out onto a floured work surface and knead until smooth and no longer sticky (about five minutes).

Pat dough out into a 1/2-inch-thick round, and transfer to a well-greased large cast-iron skillet. Prick surface of round with the tines of fork.

Cook on indirect heat over slow-burning embers or, alternatively, over a low flame until golden and crisp, and bannock is cooked in the middle, about 15 minutes per side.