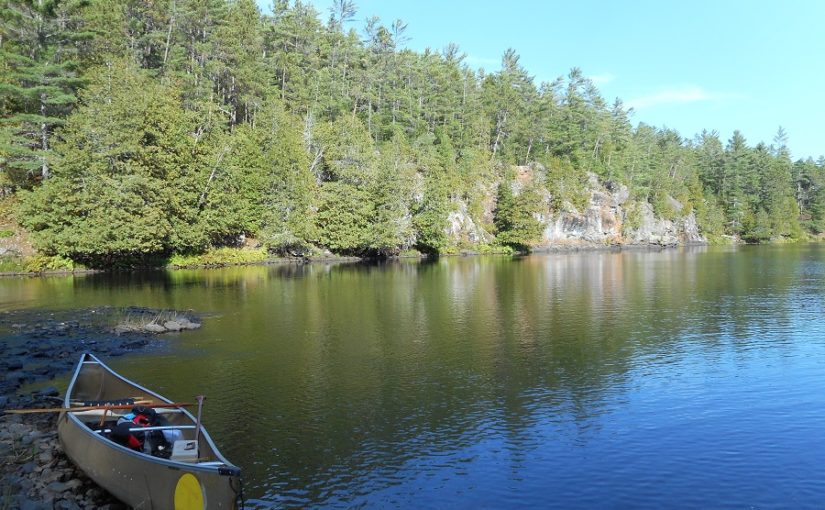 Back in 1970, Canada, like much of the world switched over to using the metric system.

Really, it makes so much more sense than the imperial system; 10 units per one larger unit, instead of divisions of 12?

It’s time we at Ontario Parks made the switch.

Currently, only three counties in the world use the imperial measurement (feet, miles, pounds) as their national standard of measurement: the United States of America, Liberia, and Burma.

How does the imperial system even work?

If you grew up with metric, imperial doesn’t really make sense, but ten millimetres per centimetre, 100 centimetres per metre, and a thousand metres per kilometre sure makes sense to us!

The first Ontario Park was established was back in 1893 with Algonquin, then Rondeau Provincial Park in 1894, and Quetico Provincial Park in 1909. At the time, everything was done in the imperial system, so we can hardly blame the people of the time when it came to naming things using this unit of measure.

Today, however, we have a chance to modernize some lake names by converting them to a metric naming standard!

This might seem awkward, but we have some great examples below that roll off the tongue. We’re certain they’ll be historically accepted in time, though you may need a new map, or be able to do quick conversions, to know where you are.

This lake was named with extraordinary precision by surveyor James Fitzgerald in 1881; the exact distance from the outlet of the lake at the northwest end to the portage is three miles. This spring, when the park rangers go to clear the portages and maintain the campsites, they will be renaming it “Almost Five Kilometre Lake.” While this is a bit of a mouthful and less accurate, we think everyone will get used to it quickly. Inevitably, it’ll pick up a good nickname, like “Fivekay Lake.”

Interestingly, there is another Three Mile Lake in our provincial park system, this one in Quetico Provincial Park. It’s especially important to change the name of this one, due to its proximity to the Canada-US border. This park is unique in Ontario in that another large protected area touches it: the Boundary Waters Canoe Area of Northern Minnesota. Combined, this area provides a huge region for backcountry recreation that people from both nations use.

It is important, however, for Canada (and Ontario Parks) to show our commitment to the metric system and sovereignty, especially in this region. It’s okay to have a respectful disagreement with your neighbor!

Obviously the name of the lake has nothing to do with volume. It’s actually named after the North Victoria MPP, Samuel Peck, as was Peck Township.

The intern that was finding the names of places to change highlighted this one for us, and even proposed the name 8.8 Litre Lake, but we caught it before the signs went to the fabricators.

The origin of the name of this lake is unknown, however it might refer to the unit of measure, so we’re changing it Thirty Centimetre Lake, just to be on the safe side.

Often referred to simply as Six Mile, this great park will be renamed Nine-point-six Kilometre Lake Provincial Park, now making it the park with the longest name in the system at 34 letters.

The superintendent is pleased with the name change, as it keeps some hint of the its former name. He hopes people may come to refer to it as “The Point Six.”

Let us know if we missed any lakes or parks

This might seem like a lot of fuss, but at Ontario Parks, we are committed to moving the yard sticks…I mean the metre sticks forward.

In fact, Ontario Parks’ efforts will be recognized by the International Committee for the Promotion of Metric in July at — you guessed it — Caliper Lake Provincial Park!