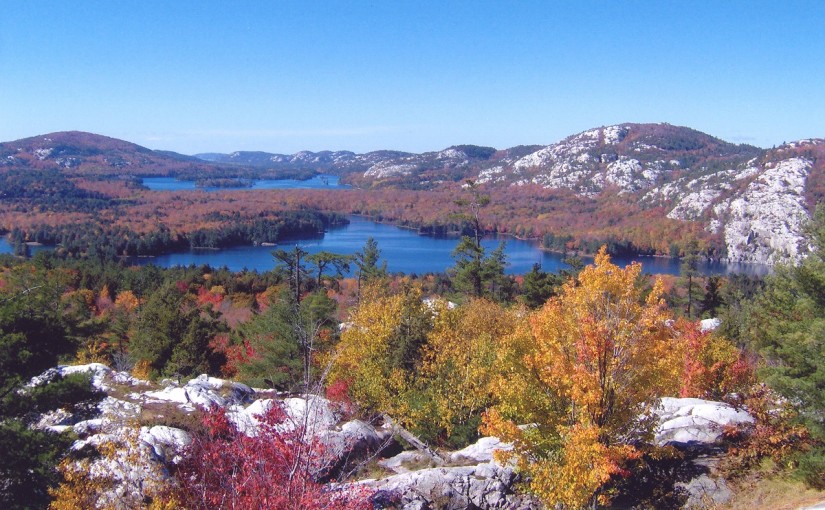 Today’s post was written by photographer Rob Stimpson, a long-time lover of Killarney Provincial Park’s wild spaces. All photographs below are copyright to robstimpson.com.

Killarney has been part of my life for years. It was one of the first canoe trips after moving from Montreal to Toronto in the late ’80s. The images I shot on those trips (long before becoming a professional photographer) may be amateurish in composition and lighting, but still hold strong memories of a place that I have returned to time and time again. If someone asked me “who or what is the biggest influence of your photography?” There are probably too many influences to mention here, but a word that comes to mind is “muse.” The word muse comes from Greek mythology and can be briefly defined as a goddess of artistic inspiration.

That being said, Killarney has to be a muse. The influence of this majestic landscape on not just myself but all who visit her cannot be measured in the power she holds.

Artists have been coming here for years. She casts a spell on all who visit her – you can’t help but to embrace this landscape. There’s something about heading down Hwy 637 in any season – can’t explain it – that takes us into a world that opens up many more worlds. The village, the park, George Island, the lighthouse, Philip Edward Island and Georgian Bay all add up to a landscape that can only inspire.

There is also something else that is unique here – the white quartzite hills called LaCloche. See them in the day and they dominate the landscape; see them in dawn’s early light or the fading day’s sunset, and they seem to glow.

Whether you are in a canoe, walking or just sitting, these hills invite you to come and explore. Hike up to many of the vistas and you are awed by the views that unfold. The quartzite rock gives way to the blue-green of the lakes below. And in the distance, depending on where  you are, Georgian Bay dominates the horizon.

This is not just a summer getaway. A fall canoe trip brings me an inspiration with nature’s colour palette that few places in our world can compete with. Oaks and maples let loose an explosion of colour coupled with the blue skies and the green of pine that unleash a plethora of compositions. Winter, the least-liked season, is a chance to put on snowshoes or cross-country skis, and head into a winter wonderland that few would even dare to venture out into.

Many a time, friends and I have headed into the backcountry for a few days in late February, when the lake ice is stable and the days are a little longer. This is a time that the park reveals her quiet side. We look to capture the magic of the winter landscape, stripped of its summer foliage. The landscape reveals stark graphical images that lend themselves more to a black and white photo essay. If I had to name a place that is my favourite part of the park, the spot that inspires me more than any other Killarney landscape, it would be Grace and Nellie. The portages on this canoe loop are long, but the rewards are worth it.

Franklin Carmichael and A.Y. Jackson knew about it – they revealed it in their paintings. To this day, it has that wilderness feel because of its remoteness. The lakes and hills are like no other place in Ontario – you could be in the Cariboo Mountains of central British Columbia or the Yukon – it is that distinct a place.

The park is one of Ontario’s gems and Canada’s, too. It has inspired me — and the thousands who visited her — in so many ways. From Silver Peak to Three Narrows and Nellie Lake, Killarney is a muse to the many who meet her.