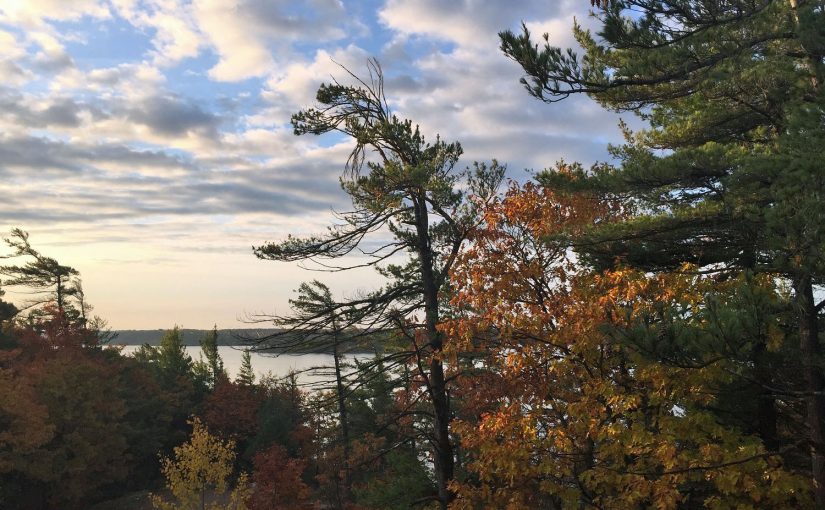 Nishinaabeg do not have a word for “goodbye.” We say, “baa-maa-pii, gi-gaa-waa-baa-min miin-waa,” which means “until later, see you again.”

Sometimes you could also hear “baamaa,” “baamaapii” and “gaawaabamin.” These are obviously shortened forms of the word and phrase, but if I were to ask my fluent Nishinaabemowin-(Ojibwe language)-speaking family and friends, they probably would not be able to translate the words because it is only part of the word and/or phrase. I remember our Elders say not to slang our language; they encourage us to say the whole word. This is understandable because Nishinaabemowin is a descriptive language and the meaning is – most times – lost in translation. I enjoy learning and hearing my original language because it connects me to who I am as a Nishinaabe-kwe (Ojibwe woman). It is also connects me to where I am from through the dialect in my community.

All over Turtle Island, North America, there are various dialects. Fluent language speakers would be able to pick up a conversation just by listening to the other speaker. Patricia Ningewance, author of several Nishinaabemowin resources, believes this to be true right across Canada. One example I can offer is the word “women.” Nishinaabeg say “kwe-wag,” whereas our Mushkekowag relatives say “is-kwewak.” They sound very similar with a slight variation at the beginning of the word.

Dialect is also a way you can tell where someone is from. A fluent speaker from my community shared with me that he enjoyed speaking with my maternal-papa because he said it was like he was singing. My papa was from Rama First Nation near Orillia, Ontario. I would often hear my papa speaking, but I never listened  to him because I could not understand. I think how beautiful that must have sounded and regret not listening to the conversation even though I did not understand. Today, we are revitalizing our languages within our communities. Younger generations are starting the hard work of learning their language. They are putting in the long hours and many visits with their fluent speakers. I am forever grateful to all of the language revitalizers and the preservation of our languages.

To reflect back on “it is never good-bye,” I am reminded of my own travels. It is always difficult to leave family and friends, and the dance of leaving begins at least an hour or so before I actually depart. I start collecting my articles, pack them neatly in my bag and then put the bag by the door or in my vehicle. When I am leaving my immediate family, I know I will see them again within a week or two. But our embraces are still tight and lingering. Especially with my little niece, who gives me at least three hugs before I actually walk out the door. And then it is usually followed up by a frantic waving of the hand and a giant smile, as I, in turn, beep my horn for one final salutation. But we never say good-bye, we say, “see ya later.”

It is a similar feeling as I prepare to leave Killbear Provincial Park for the season. On my last day as I was getting into a park vehicle, there were four deer munching out on the last bit of greenery behind the van. They are not frightened by my presence because they are used to humans in their territory, but I keep my distance anyway. I also thank them for the morning visit and wish them a safe winter.

Then, as I am driving down to the Visitor Centre, a hawk swoops down in front of me. I stop to observe the hawk, give thanks for the visit and wish him/her a safe winter also. I then realize how fortunate I am to have experienced a summer in Killbear as a naturalist. Every day, I walked amidst Creation. I visited all of my relations and shared in precious moments of discovery with other visitors to this territory.

As the park is getting ready to close, the fall campers are soaking up the last few hours. They too are preparing for their winter. Mother Earth will be blanketed in her white shawl getting much-needed rest and most of her children will be doing the same. I am going to miss the park, the campers and the original inhabitants. But it is never good-bye.

And finally, baamaapii (until later), gigaawaabamin miinwaa (see you again).