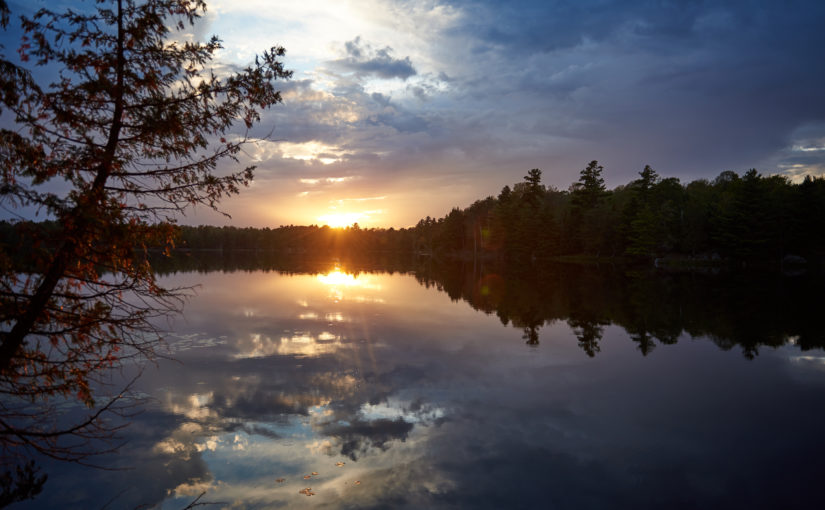 Anishinaabemowin has and always will play a major role in my life.

I have been fortunate to have the circumstances to pursue my traditional language to the extent that I have. Some people describe me as fluent, but I try to avoid such a label. I will always have more to learn, and frankly I can still have a hard time following along when listening to first language speakers.

In any case — at 28 — I am among a very small number of young Anishinaabe people who have the ability to converse in our traditional language.

But there are many thousands of people who are seeking to learn.

Would you be surprised to discover you recognize a number of Anishinaabemowin words?

As a language forged in this land, many geographic names find their origins in Anishinaabemowin or other related Algonkian languages, such as Cree or Pottawatomi.

Speakers of Algonkian languages were generally the first to meet English explorers and settlers along the eastern coast of North America. As such, many words in English come from these languages. A few Anishinaabemowin words that should be quite familiar include:

Unfortunately, most people are not aware of the history of these words or the people who originally spoke them.

For those wanting to learn a little Anishinaabemowin

There is no “please” in Anishinaabemowin. The term used similarly to “good-bye” — “Gwaabmin” is literally “see you” (as in, “see you later”) in English.

“Aaniin” (or “Aanii” in Odawa and some nearby communities) is often used as a greeting. In this instance, it essentially means “how” (e.g., short for “how are you” / “how is your life going”). “Aaniin” can also be used as a question, like “which” or “what.”

“Boozhoo” is used by some as a formal greeting for the first time someone is met. My understanding of this word contains a sort of challenge in reference to the trickster Nenboozhoo (Nanabush), who — being capable of transformation — may be meeting you in disguise as a typical human. In calling “Boozhoo” as a test, the idea is that the individual may give a tell or flinch if the person is Nanabush, thinking he has been caught. This flinch indicates to you that this person may be the trickster in disguise.

Even the word “miigwech” for “thank you” may have a more recent history than expected. “Mii” and “gwech” are separate words that put together effectively mean “that’s proper/exact/sufficient.” Today, “miigwech” is universally understood to mean “thank you,” as it has for at least 200 or more years.

My understanding of this lack of formalities is a difference of culture. As I understand it, traditional Anishinaabe culture was one of understood and assumed cooperation and gratitude. To have to barter a “please,” “thank you,” and “you’re welcome” was unnecessary. Gratitude was shown itself in the cooperation and sharing.

This makes a lot of sense when considering the typical social structures at work in traditional culture. To compare to today, it is easy to consider pleases and thank yous as potentially needless formalities when you’re only dealing with your family at home versus in some sort of business setting while dealing with strangers.

Some typical basic phrases taught to new learners of the language are listed below:

Protecting and sharing our culture

Anishinaabemowin can be a bit of a sensitive subject for some Anishinaabeg. Some feel shame for not knowing it, or frustration with the challenges of learning and using it. Others still may associate a serious concern with the dire situation of the language.

Truly, although this is where Anishinaabemowin came to be, it is not necessarily in a safe position.

The trouble from my perspective is that if, say, Greek — which has six times as many speakers in Canada — was no longer used in Canada, there is still the country of Greece where the Greek language thrives and the Greek culture continues its legacy as it has for millennia.

But if Anishinaabemowin continues its decline into disuse in its traditional area, there is no other place in the world where you will find it.

To add a disappointing thought, few Canadians would even recognize Anishinaabemowin or other Indigenous languages to hear them if they even know of the Indigenous peoples that live in their area. It is considerations like these that drive the passion behind Anishinaabe people who are determined to carry on their traditional language.

Tagging on to the sentiment of the language as part of cultural continuity, my work as a park warden takes place at Petroglyphs Provincial Park.

The Petroglyphs, for those that do not know, are a collection of rock carvings made by Indigenous people over 600 years ago. It is a unique site.

In addition to being an educational and historic opportunity for visitors, it remains a ceremonial and spiritual site for Indigenous peoples today.

Over the years I have been at Petroglyphs, a perspective I have gleaned from elders and traditionally-minded people is that the site itself should not be considered a disconnected remnant or showpiece from the past, but a living spiritual and ceremonial place, reflective of a people and culture that is still here today, and — beyond that — a reminder that we Indigenous peoples have not been vanquished from our homeland. The site — and Indigenous peoples in general — are not just some museum exhibit or historical figures in a history book; we are still here.

The challenge of balancing the site’s ceremonial use with its existence in the midst of western society echoes the challenges Anishinaabeg and other Indigenous peoples face in trying to balance their cultures, languages, and identities with the realities of modern life.

The future of Anishinaabemowin

Despite the present situation, there is much hope for Anishinaabemowin in the current generation. In addition to a number of remote communities where the language has some degree of refuge, numerous resources exist for language learners in the form of books, websites, and even some apps for mobile devices. There are many people out there striving to preserve, promote, and use the language every day.

Immersion camps are held in various places, where the use of English is restricted to stimulate meaningful learning for the duration of the event. Courses and classes are held in various communities and educational institutions, including elementary and secondary schools.

Although there may be challenges and some disheartening cultural losses, there is still much being done to preserve one of the Indigenous languages of this land, and many people are out there doing the work to continue the legacy.

So the next time you sit around a fire by a lake, imagine the voices of the people who have been existing in this land for untold centuries. Think about all of their history, all that they have seen and experienced, and know that those voices speak in Anishinaabemowin or other Indigenous languages that formed in this land, like the White Pines or trilliums we commonly associate with scenes of Ontario.