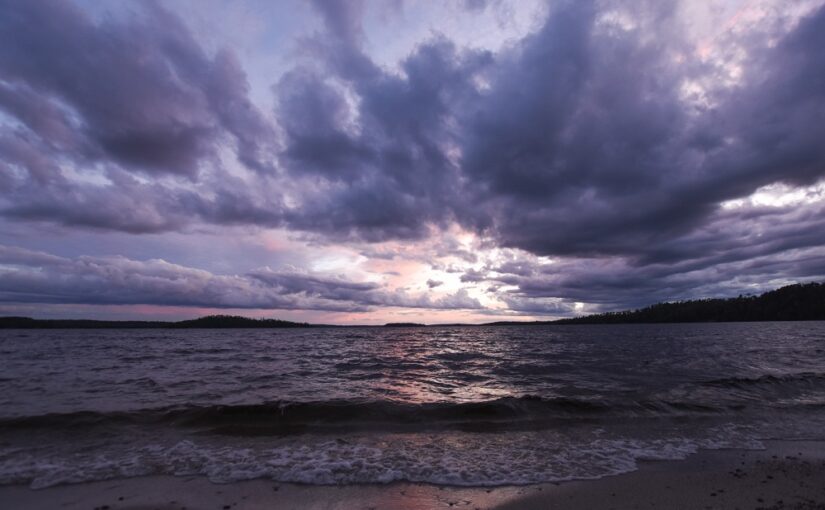 Anishinaabemowin is the traditional name for the language of the Anishinaabeg or Ojibway people who have lived for centuries on the land now known as Quetico Provincial Park.

In recent years, Quetico has taken steps to incorporate more Anishinaabemowin into educational material for the park.

Examples include the “Animals of Quetico in Anishinaabemowin” brochure available from entry stations, or the new Anishinaabemowin/Ojibway lake names display we are working on that will go into the Dawson Trail Pavilion.

But why should learning more about Anishinaabemowin be important to non-Indigenous people like myself who know very little of this beautiful language?

I think there are several reasons

The first is as a sign of respect to people who lived and cared for this land before our arrival and who continue this stewardship today and tomorrow. When most of us travel to a non-English speaking country, we try to learn at least a few phrases of the native language.

To be able to say “hello” and “thank-you” in the host’s language is a form of respect to the people that are from there.

Similarly, being able to speak even a couple words such as boozhoo (hello) and miigwech (thank you) is a sign of respect to Anishinaabeg and Ojibway people, and a recognition that they are the people who were part of this land before we arrived.

I have found that Anishinaabemowin is a beautifully rich and complex language that captures the history, cultural, and spiritual connection to the land in way that is not possible through other languages. Maintaining this culture is not only critical to Indigenous Peoples, but enriches the lives of non-Indigenous people as well.

As a non-Indigenous person, being aware of its importance and supporting the use of Anishinaabemowin helps to maintain its survival.

We are very fortunate to have local communities such as Zhingwaako Zaaga’Iganing (Lac La Croix First Nation) with members who are fluent in Anishinaabemowin.

From Elders who have spoken it as their first language all of their lives to younger members who are working hard to ensure it remains part of their future, Anishinaabemowin is alive here. To hear Anishinaabemowin spoken today is an honour that was tragically far too close to being lost during the residential school period of the last 150 years.

To hear the language spoken today is an important reminder of the loss that almost occurred because of the actions of our culture and a lesson to not let it happen in the future.

Connecting us to the land

Finally, the opportunity for me to hear a person speak Anishinaabemowin is beautiful, even if I don’t understand all of the words.

The flow of the language feels as much a part of the land as the waves on the rocks or the breeze through the pines; the call of the loon or the howl of the wolf. Names such as Gaa’andokonaadeg (“lake where we collect birch bark for canoes and containers”) and Baasiminaani Zaaga’igan (“the lake to go pick berries”) show an intimacy and connection with the landscape that English names rarely, if ever, achieve. I have learned that Anishinaabeg see caring for the earth as a sacred responsibility and, through signing Treaty #3 with non-Indigenous people, these duties and responsibilities were shared with all peoples with whom they share the land, including us.

Learning something about Anishinaabemowin, even if it is just a few words or understandings of names, is another way to increase our connectivity with the landscape of Quetico and help us understand what it means to care for the land.

I am indebted to the Indigenous People of this area and in particular, the people of Zhingwaako Zaaga’Iganing for opening me to a greater level of awareness of connection to the land around me.