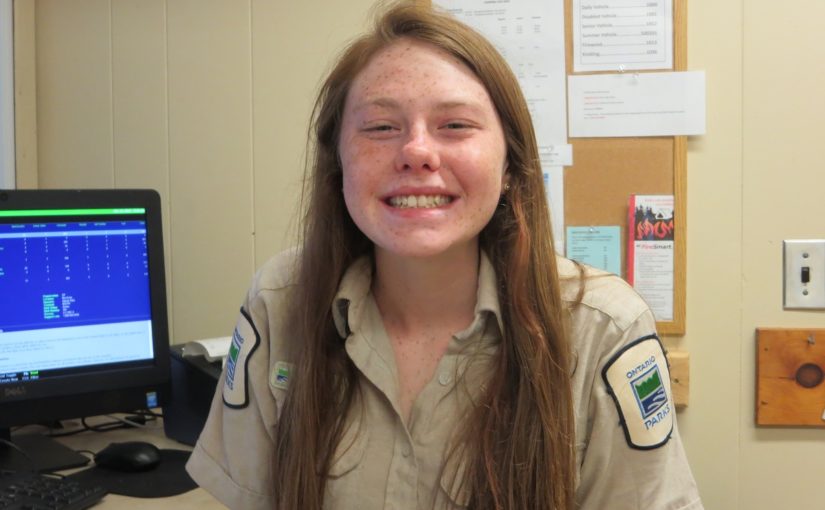 “Surround yourself with the five most successful people (in your life) and you too will become successful yourself,” is something a former boss once told me when we were discussing my five-year plan.

Bon Echo Provincial Park has had a significant impact on me and it is a pleasure to mention that this year is not only the 125th anniversary of Ontario Parks, but also my fourth season at Bon Echo.

I started working at Bon Echo in the summer of my grade 11 year and I have returned every season since. My first summer was spent on the maintenance team, and from there I transitioned to gate attendant for my next two seasons.

I found that as high school was coming to an end, there were a lot of decisions to be made and the pressure to decide on a career path began to build. I spent numerous nights getting barely any sleep, trying to decide what I was going to do. In that time, I recognized the passion I had for science, and this has led me to continue my education in Biotechnology at Loyalist College. I have been attending Loyalist for the past two years, and obtained my Biotechnology Technician Diploma in April of this year. And I will be returning this fall for my third year to obtain my Technologist Diploma.

It pays to be proactive

I was brainstorming career options one day as the 2018 school year was coming to an end and my curiosity grew for other positions the park may have to offer. I was interested in a couple of areas, and sent these thoughts to our Park Superintendent, Clark Richards. I received an email back from him with some good insights into a variety of those positions and eventually received a job offer for a Green Initiatives position! The green initiative positions were created through a collaboration of the Canadian Parks Council and Project Learning Tree Canada (PLT Canada). In the effort to expand summer 2018 and 2019 seasonal employment opportunities for young Canadians, they created this program with the intent of filling 600 “Green Jobs in Green Spaces.”

The hope is that youth will gain both work experience and knowledge of what nature has to offer. These positions were offered in provincial and territorial parks, in addition to protected areas.

It’s all going as planned Through this position, I have been able to assist our water technician in carrying out daily/routine water procedures; tasks that would not have been possible without the education I have acquired.

I was also responsible for creating a park sign plan and ensuring the registration gates were covered when necessary. All responsibilities which were included in my five-year plan!

A big thanks to the amazing staff at Bon Echo! Summer of 2018 has been yet another great season.

Are you interested in joining the Ontario Parks team?