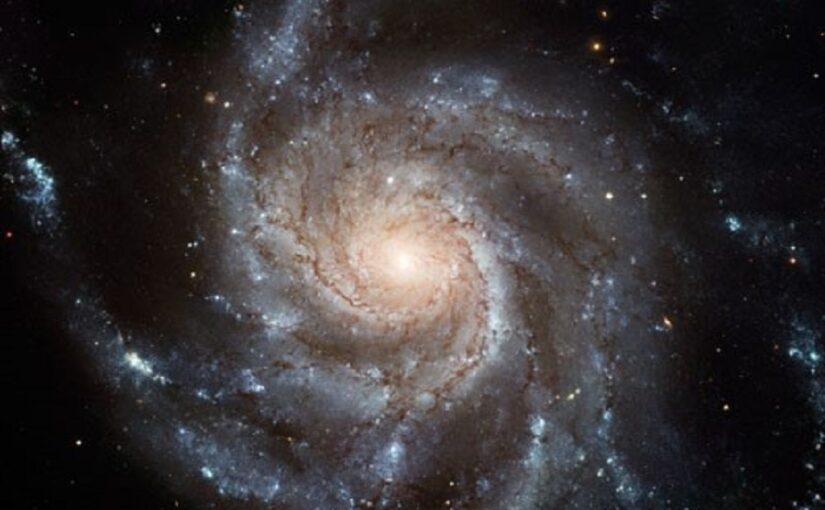 In our previous discussion on galaxies, we briefly described how we came to understand galaxies as unique oases of stars amidst the vast cosmic desert.

Now, we will embark on a journey to discover the origin and composition of galaxies and their diversity as well as a further understanding of our own galaxy — the “Milky Way.”

The Big Bang and the origins of the galaxies

Astronomers believe that over 13.7 billion years ago, all of the mass and energy of our universe was condensed into an infinitesimally small point that spontaneously erupted and expanded.

The explanation for this eruption, which we commonly refer to as “the Big Bang,” is beyond the scope of our discussion. Suffice to say, however, that it has taken us quite some time to gain even this much insight into our cosmic origins.

About 380,000 years after the Big Bang, the temperature of the universe cooled down enough to allow photons of light to flow, creating a “light echo,” a snapshot of the universe at that time.

The picture below, obtained by the Plank satellite of the European Space Agency, shows a picture of this light echo that we call the Cosmic Microwave Background Radiation.

As the universe continued to expand, so too did it continue to cool, producing the first atoms that then became the very first stars.

Those regions with the higher concentrations of mass produced the most stars that eventually formed the galaxies.

But if the universe has areas of greater concentrations and areas of significantly less material, then we should see the evidence of that today in observing clusters of galaxies and voids where few to no galaxies exist.

In the illustration below, we see precisely that.

As we observe the universe today, we see areas of high concentration of galaxies that we call “clusters” or “super clusters,” and areas that are sparce in material that we call “voids.”

Galaxies come in all shapes and sizes

While they are all visibly made up of stars, gas, and dust, the way that material is structured can be quite different (note: galaxies also contain massive amounts of dark matter which is not visible in nature).

In the spiral galaxy image below, notice the strong spiral arms that are composed of concentrations of stars, punctuated with dark, jagged dust lanes running throughout. But in the elliptical galaxy image, all evidence of those features are gone.

Evolution of galaxies, as well as collisions with neighboring galaxies, can change the morphology of a spiral galaxy into an elliptical galaxy over millions or billions of years.

Galaxies are oriented in every possible direction in space

This means that we can view galaxies from different perspectives and learn from these differing observations.

The view below is of an often observed spiral galaxy, known as the Needle Galaxy or NGC 4565. What makes this spiral galaxy so interesting is that we observe it nearly edge-on. So, rather than seeing it from above and observing the beautiful spiral structure (such as in the picture of M101 above), we see it from the side.

A close-up view of the same galaxy taken by the Hubble Space Telescope reveals the incredible amount of dust that obscures much of the background stars, as well as the halo that surrounds the galaxy’s nucleus.

In this image, we are seeing the structure of the galaxy as seen from the outside looking in.

Interestingly, the view above may look familiar to some readers as its relative similar to another image which is of the Milky Way, as seen from the Earth looking outwards. Learn more about our Milky Way galaxy.

So what does our Milky Way Galaxy look like from the outside?

Just as the average person is interested in seeing their neighborhood from above, astronomers have long yearned for the ability to see what our galaxy looks like from the outside in.

The challenges of surveying one’s neighborhood involve careful measurement of distances and heights, and often uses noted landmarks. Similarly, mapping the structure of our own Milky Way Galaxy from within utilizes distance measurements in different electromagnetic wavelengths and noted landmarks: bright stars, globular clusters, and other unique features.

To the best of our knowledge, we believe that our Milky Way Galaxy is a barred spiral galaxy that looks something like the image below left.

On the right, we see an image of a distinct galaxy known as UGC 12158, which appears to be a very close mimic of our own galaxy. So perhaps we have a cosmic twin born in a different region of the universe, which is no less fascinating to study!

Where do we go from here?

We have learned that galaxies tend to congregate together in clusters.

We are a part of one such congregation of galaxies, known as the “Local Group” that consists of the Milky Way, the Andromeda Galaxy (M31), the Triangulum Galaxy (M33), and about 20 or so other smaller galaxies.

We now believe that the Milky Way Galaxy and the Andromeda Galaxy are fairly similar in size and mass and, in about 3.75 billion years, these two galaxies may collide.

In the video below, you can see the Milky Way, joined by the Andromeda Galaxy as well as the — much smaller — Triangulum galaxy.

It is unlikely that the collision would directly impact our solar system as the distance between stars — even during a collision — is so vast, that they would probably pass right by each other.

However, in time, the two galaxies will most likely merge into a single galaxy that most closely resembles an elliptical galaxy.

Our understanding of galaxies has, in turn, led to a dramatic revolution and evolution in our thinking of our place in the universe.

Thousands of years ago, the best minds of the time determined — based on their extremely limited observations — that humanity was at the centre of the solar system. That notion was pushed aside with the ideas of Kepler and Galileo.

Hundreds of years ago, scientists believed that we were in the centre of our galaxy. But that belief was also cast aside in favour of ideas based on even better observations and theories to support those observations.

Today, in 2021, we feel that we have advanced so much and, indeed, our understanding of the universe has made tremendous leaps forwards, even in the past 40 years!

But to believe that the age of discovery is nearing an end is shrouded in as much ignorance as the ancients believing with certainty that the planets and sun revolved around the Earth and, similarly, believing there was nothing left to discover.

Venturing out into the night in our glorious provincial parks provides us with an opportunity to reconnect to the stars at night and, with our greater understanding, ponder the nature of the universe ever more so.

We owe it to our children and our children’s children to protect these natural environments that afford us truly dark views of the stars so that they too may ponder the universe and, perhaps, grow up to make new discoveries that change humanity’s perceptions forever.

We’re counting on everyone to do their part to stop the spread of COVID-19 by following the advice of public health officials. Please only visit provincial parks or conservation reserves close to home for day-use, and do not travel outside of your area.