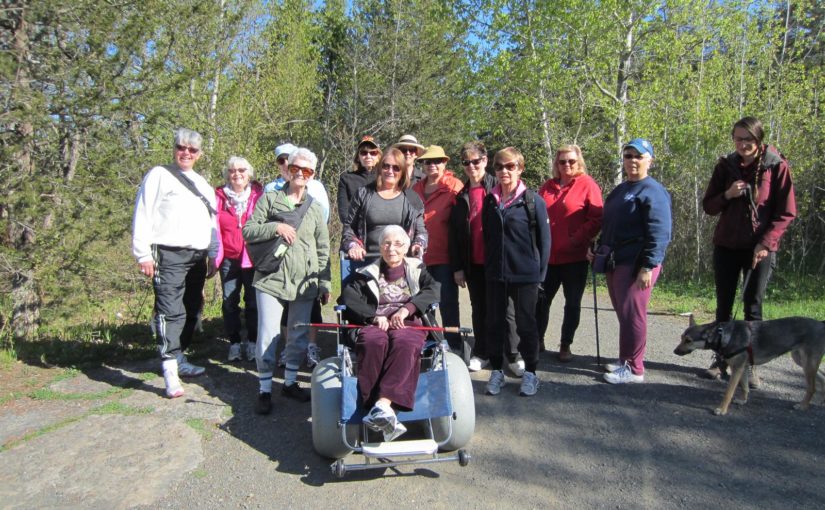 In light of Ontario Parks’ 125th anniversary celebrations and the International Day of Friendship (July 30), this post highlights the history of hard work and support Friends organizations have provided provincial parks over the years.

What exactly are “Friends?”

All friends are awesome, however ours go above and beyond typical friendships. They help make our parks better!

Friends of Ontario Parks are independent, not-for-profit charitable organizations. Friends groups are dedicated to supplementing and enhancing the unique educational, recreational, research and resource protection mandates of the parks they are affiliated with. Each Friends group is unique, and contributes to park management and visitor experiences in different ways.

It’s only fitting that our oldest provincial park, Algonquin Provincial Park, also has the oldest Friends organization. The Friends of Algonquin Park were established in 1983, 90 years after the creation of the park. The establishment of the Friends of Algonquin Park set the stage for the formation of more Friends organizations around Ontario and 35 years later, we are grateful to be supported by 27 groups of Friends.

It’s what Friends do

Many campers will be familiar with the valuable work Friends do to make their camping experiences more enjoyable, and how they contribute to the successful operation of Ontario Parks. Below, we’ve highlighted a few examples of how Friends have enhanced our park system over the years.

In the summer of 2017, the Visitor Centre at Rondeau Provincial Park received some fantastic upgrades from the Friends of Rondeau. With the help of Return the Landscape and Maajiigin Gumig native plant nursery, the bird garden has never looked better!

The unique design of the garden draws rain water away from the building and creates a temporary holding pond where more plants can benefit from it. Within the garden, you can see examples of the different habitats that make Rondeau so unique. Also, anti-slip decking has been extended along the garden’s edge, creating an accessible viewing area.

The Friends of Killarney Park are a big part of what makes Killarney Provincial Park so great. They have helped support the park in many areas such as: leading astronomy programs, operating the Park Store, campground clean-up, and building/repairing many facilities for camper enjoyment.

The Friends also run the Artist in Residence and Art in the Park programs at Killarney. Artists in residence hold free workshops for campers and visitors to paint the beautiful landscapes they see in the park, following in the footsteps of the Group of Seven.

The Friends of Frontenac continue to identify other potential properties of interest to be acquired that will further the protection mandate of the park.

The Friends of Sandbanks Park support Sandbanks Provincial Park in the maintenance, enhancement, and protection of the natural wonders of the park.

A recent noteworthy project was the development of a barrier-free crossing through the dunes at the main beach, creating an accessible pathway for visitors with movement restrictions.

This project began in 2014. Since then, refinements and extensions have been made in subsequent years. The pathway not only improves accessibility, it has also minimized foot traffic within the dune ecosystem, allowing for the dunes to stabilize and re-vegetate.

Niijkiwenhwag (nij-ki-wen-i-wog) is the Ojibwe word for “friends.” The Friends of Lake Superior Park have provided funding for numerous special projects throughout the years.

One example of a project they funded is this impressive backcountry composting toilet that was built in 2009 at Warp Bay along the Coastal Hiking Trail in Lake Superior Provincial Park.

Since 2010, the Friends have been running a series of Silver Queen Mine Tours in the park, previously included in the park’s Heritage Mica Days. This series was featured as one of Ontario’s Top 100 Festivals for two years by Festivals and Events Ontario.

The Friends of Killbear have significantly supported species at risk research at Killbear Provincial Park, with a recent focus on the Massasauga Rattlesnake and the Eastern Foxsnake. They have also supported research into the effectiveness of ecopassages and snake fencing in preventing rattlesnake mortality.

Want to get involved?

If you would like to become involved with a Friends group as a volunteer, donor, or board member, please contact Ontario Parks Friends organizations directly to learn about opportunities.

If you are interested in starting a new Friends group at a park you love — contact the local park superintendent to learn more about how to initiate a Friends organization.