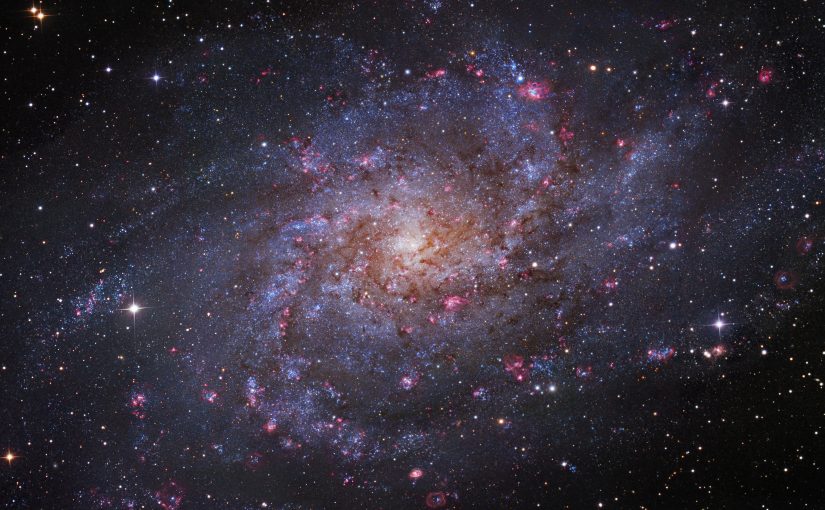 This time, we will discuss the more popular northern fish (Pisces), Aries the Ram, and Triangulum the Triangle. Pisces the Fish is one of the ancient constellations.

In the Greek story, a massive sea monster, Typhon, was sent to destroy the gods. After being alerted to the monster’s presence, Aphrodite and Eros swam into the Euphrates River. Depending on the version of the story, they were either rescued by two fish, or changed themselves into two fish. Either way, Pisces represents the two fish in question.

This constellation is a good test of one’s vision in the dark skies of our provincial parks!

Any pattern of stars forms an asterism. Constellations are the asterisms that have become accepted by the International Astronomical Union.

Triangulum is perhaps the simplest of all the constellations because of its composition of a three-star asterism. It is often depicted as a triangle ruler, but there is some question as to whether it should represent a triangle or the Greek letter “Delta.”

Within the constellation of Triangulum is one of the most beautiful galaxies easily visible in the night sky. Known as the Pinwheel Galaxy, the Triangulum Galaxy, or M33, it’s a classic example of a spiral galaxy.

The galaxy is quite large and as a result has a low surface brightness. This means its brightness is spread out over a large area making it difficult to see.

Ironically, while it may be visible through binoculars or by the unaided eye in dark skies, it is very difficult to see in most small telescopes. In this NASA Hubble Space Telescope photo (above), the spiral arms are easy to make out as well as the H2 areas (red blobs along the arms).

These regions host massive star formations amidst interstellar clouds, and indicate that M33 is a younger galaxy.

M33 is a slightly closer neighbor than its more famous big brother, M31, the Andromeda Galaxy (to be discussed in next month’s edition). Our galaxy, along with M33, M31, and about 20 other galaxies, all form what we call the Local Group, a loose galactic cluster.

In many ancient cultures, the ram played special importance as an animal which was sacrificed.

In this particular case, Aries the Ram is the animal from which the Golden Fleece of Greek mythology originates. The Golden Fleece was sought by Jason in his voyage with the Argonauts.

After being sent down by the gods on a mercy mission, Aries shed its fleece, depicted by the faint constellation. The Golden Fleece itself would make Jason king if only he could obtain it, and so began his quest. Ancient astronomer Hipparchus noted that the path of the sun in the sky crosses Aries on the first day of the spring equinox. It was therefore named the “First Point of Aries.”

However Earth, like a child’s toy top, slowly wobbles. This wobble is known as precision, and it takes approximately 26,000 years to complete one wobble.

Since the time of the ancient Greeks, the First Point of Aries has shifted one twelfth of a complete circle. Therefore today, it is nowhere near Aries during the spring equinox.