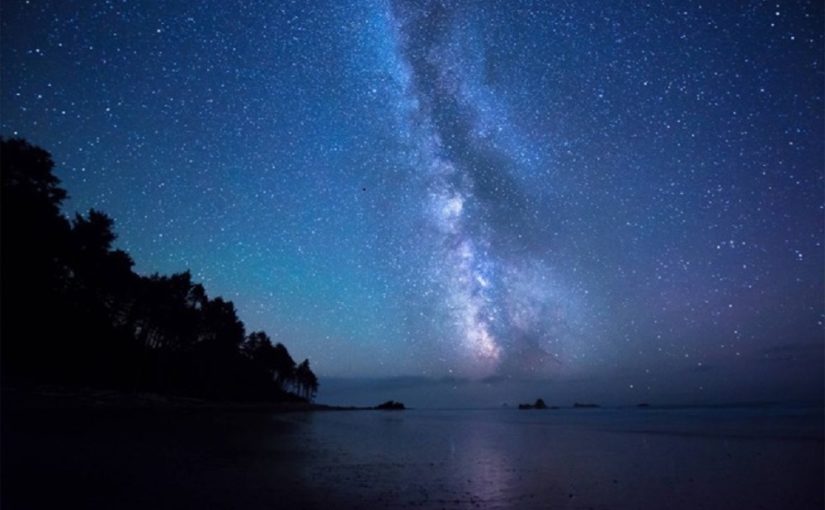 In this month’s featured constellations, we will discuss two Anishinaabek constellations that are prominent at this time of the year: Madoodiswan (the Sweat Lodge) and Noondeshin Bemaadizid (the Exhausted Bather). Madoodiswan appears amongst the same stars as the Greek constellation of Corona Borealis, and is of high significance for many of Indigenous peoples.

To see the Sweat Lodge properly, you need to turn in the opposite direction and face north. According to Professor Will Morin, The Sweat Lodge – “Madoodswan” or “Mdoodoowgamig” (doodoosh–breast) has been an integral part of an important purification ceremony since ancient times.

As a reminder of our origins, like a child in the womb, this cleansing/purification ritual allows for a rebirth and healing of the mind/body/spirit and one’s emotions.

While they may vary from location to location, with tribal differences and regional traditions, there is consistency in the basic shape of a sweat lodge with a frame of wooden poles over which a canopy of animal skins or other materials are placed to enclose the structure.

Rocks are heated in a fire that is placed to the east of the lodge in their own ceremony. These rocks, understood as Grandfathers, are called into the lodge in a series of “rounds” by the conductor of the lodge.

When the Grandfathers are welcomed in, they are placed in a hole at the centre of the sweat lodge and water may be added to produce hot steam. Prayers to the ancestors in four directions, identified by stars and songs, are shared by the conductor and those bathing/cleansing. Like the night sky, the inside of the lodge is completely dark, with the Grandfathers/heated stones being the only light source during the ritual.

You may have seen these Grandfathers represented in the sky.

Seven stars close together (much closer than the Little Dipper) form Madoodoowasiniig (the Stones of the Sweat Lodge).

In the late fall (Dagwaagin) and early winter (Biboon), Madoodoowasiniig is seen high in the sky. They are often referred to as the Pleiades star cluster.

The “Rounds” during the ceremony may last more than an hour, each growing with intensity as more Grandfathers are welcomed in.

Inside, the intensity of heat experienced can be challenging, where participants may be quite exhausted by the time the Sweat Lodge ritual is completed. And, not surprisingly, right next to the Sweat Lodge, we find the constellation of someone who has exited the Sweat Lodge: the Exhausted Bather (Noondeshin Bemaadizid, literally referring to a person (bemaadizid) that is exhausted (noondeshin).

This constellation appears amongst the stars of the Greek constellation of Hercules. Interestingly, like Hercules, this constellation is best seen facing north. The globular star cluster M13 denotes the head and the body streams northwards from there.

In this depiction (based on the teachings of the Ojibwe Elder Carl Gawboy in his book “Talking Sky”1), the shape of a person can be clearly seen amongst the stars next to the Sweat Lodge and helps to complete the Sweat Lodge story.

Both are currently available from either the Friends of Killarney Park or the Royal Astronomical Society of Canada.

We are grateful to Professors Will Morin, University of Sudbury, and Annette S. Lee, Cloud State University, for their guidance on these important constellations.