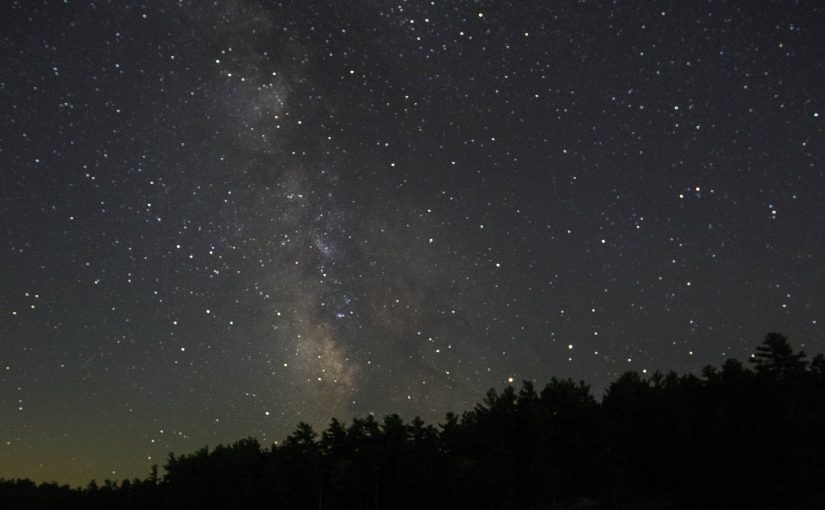 The month of February brings the promise of both warmer weather and clearer skies. So grab a cup of tea or hot chocolate, bundle up, and spend the day outdoors.

And when the sun goes down and the stars start to shine, don’t forget to head back out to enjoy the season’s beautiful night skies!

Here are our astronomical highlights for February: February’s lunar phases of the moon occur as follows: Did you know that many First Nations teachings, including those of the Anishinaabe and the Haudenosaunee people, use the back of a turtle’s shell as a lunar calendar?

This is a relatively quiet month for planet-viewing. Venus, which could be spotted low in the western sky for most of January, has now become a morning object near Mars and Mercury.

By mid-month, Venus is very bright but, unfortunately, unless you have a completely unobstructed view of the southeast, you will not be able to see the planet. However, this is a great time to look for Venus during the daytime.

Venus is the brightest planet visible to us. It appears bright for two reasons: it’s one of the closest planets to us, and its cloud cover is an excellent reflector of sunlight. Venus is so bright that, if you have a clear sky and good eyesight, you can spot it during the daytime.

During World War II, sailors aboard a U.S. Navy ship in the Pacific actually fired on Venus for a brief period of time. One of the sailors thought it was an enemy aircraft! [1]

The easiest time to see Venues will be on February 26 and 27. Find it before sunrise and when the moon is nearby, and then just follow the planet after the sun has appeared.

February is a quiet month from a meteor shower perspective. Nevertheless, observers are always able to see sporadic (random or unidentified shower) meteors as they may occur.

On any given night, in the dark skies of provincial parks, one might see as many as five to 10 meteors per hour, especially after midnight. Humans have looked up at the stars for thousands of years. The stars helped them try to understand their purpose, and the role they play in our lives.

Orion continues to be the dominant constellation high in the southern skies. As pictured in this photo, it’s three belt stars in a row are unmistakable. Much star formation is happening within the various gaseous nebulae that exist in this part of the sky.

There are many popular constellations that are associated with this time of the year. Learn more about Gemini, one of our top picks for February. This completes our review of February skies

Check back each month as we highlight celestial events through the seasons, or read more about astronomy in provincial parks.