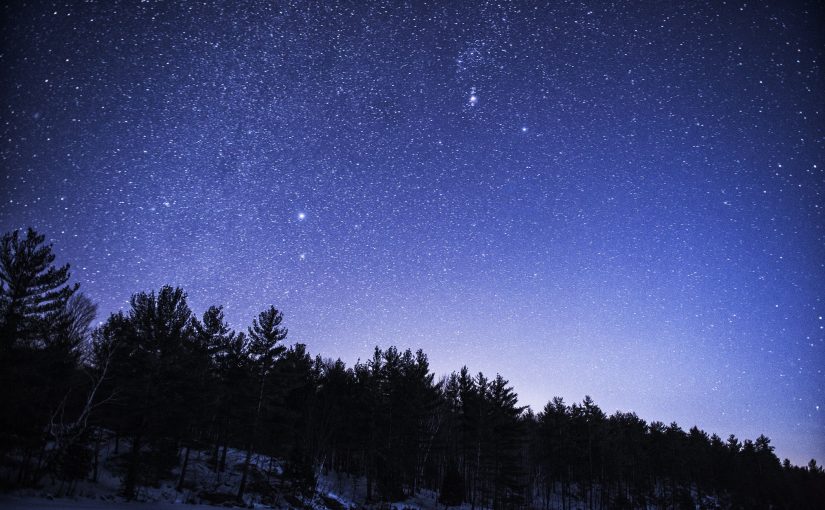 For those of us in Ontario, April is that transition month between winter and spring weather. The snows start to melt away, the lakes start to open up and, by month’s end, the first buds may appear on the trees.

Here are our astronomical highlights for April, 2022: The moon has long captivated observers of all ages. April’s lunar phases of the moon occur as follows: You may have noticed that there are two new moons this month.

While not uncommon to have the same phase twice in one month (a month is longer than the number of days between the same phase), it is still somewhat rare to have two new moons or full moons.

On the second full moon (April 30) there will be a partial eclipse of the Sun NOT visible from Canada.

We mention this in great anticipation of the total solar eclipse that will occur in April of 2024. On April 8, 2024, the “Great American Eclipse” will be visible from areas just south of Toronto. This will be the first total solar eclipse to come this close to Toronto and southern Ontario since January 24, 1925!

However, if you’re willing to get up early to get a good view, you’ll be treated to a lovely grouping of Saturn, Mars, the moon, Venus, and Jupiter all appearing relatively close together in the southeastern sky, 45 minutes before sunrise around April 25. Meteor showers are generally best observed after 1:00 a.m., however in this case, a last quarter moon rises in the morning and will make it considerably more difficult to view the shower itself.

On any given night in the dark skies of provincial parks, you might see as many as five to 10 meteors per hour, especially after midnight.

Featured constellations: the Bears and a Dragon This completes our review of April skies.