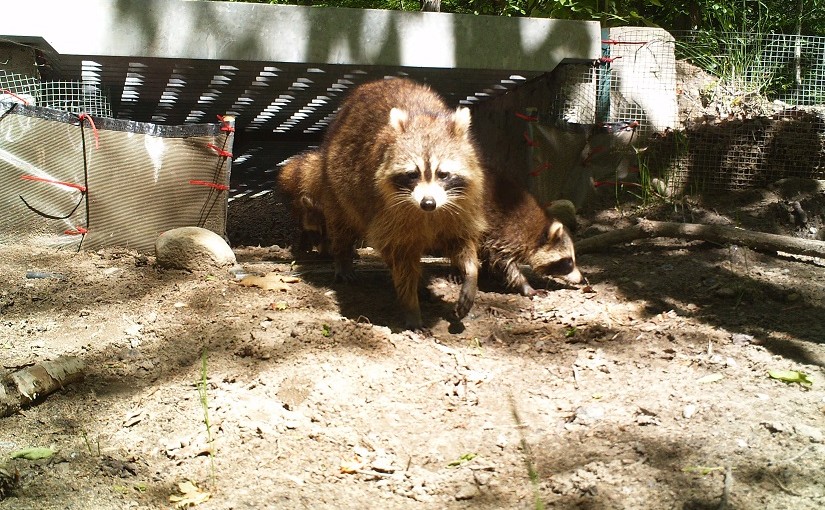 With Earth Day fast approaching, now’s the perfect time to talk about how our ecopassages are helping protect Ontario’s wildlife!

You may have heard of wilderness corridors built for wildlife to cross over or under the TransCanada Highway. Ecopassages are mini versions of these, like a critter-sized subway tunnel passing under the road.

“Ecopassage” refers to specially designed fencing and culverts that aim to reduce roadkill by providing small animals with a safe way to cross the road.

This is good for Ontario’s species at risk and province-wide biodiversity. It’s also one of the ways we’re building ecological resilience in a changing climate.

“Roads can fragment habitat by isolating ‘patches’ and making it risky, dangerous or impossible for some types of animals to move, migrate or re-populate areas. “Fragmentation is made even worse by climate change, which may create conditions where species need to shift their range farther north because of changing temperatures, but can’t.”

How are we addressing habitat fragmentation?

We’re tackling the fragmentation caused by park roads in a number of ways. Rondeau Provincial Park, for example, converted one of its roads into a bike trail, saving hundreds of snakes from being run over every year.

We also support academic research on road ecology, and have teamed up with several researchers at Laurentian University to help improve the knowledge and management of roads in Ontario Parks and elsewhere.

And several provincial parks — including The Pinery, Killbear, Algonquin, Presqu’ile and Long Point — have installed ecopassages.

The Pinery and The Friends of the Pinery recently joined forces to complete the park’s first ecopassage! The ecopassage was installed for two reasons: This spring, park staff hope to record reptiles and amphibians using the ecopassage too.

Alistair MacKenzie — responsible for The Pinery’s NHE program and resource management — hopes the park will eventually have three ecopassages, one for each of the causeways that cross the park’s Old Ausable Channel.

These passages were designed specifically for the Massasauga rattlesnake, a threatened species living within the park. A spike in snake mortality on Killbear roads was first noted in 2005. By 2007, staff started adding special fencing to stop the snakes from crossing the roads.

Killbear’s first ecopassage was built in 2010. Three more have been added since. The specially designed culverts built under park roads allow for air and light to pass through which is thought to make them more attractive to snakes than regular culverts.

A Masters student at Laurentian University, Mike Colley, spent 2013-14 collecting field research on ecopassage use, and his research has shown that rattlesnakes — along with other park creatures — are using them. How can you help? Remember to slow down on park roads, and keep a careful eye out for snakes, turtles and other creatures.