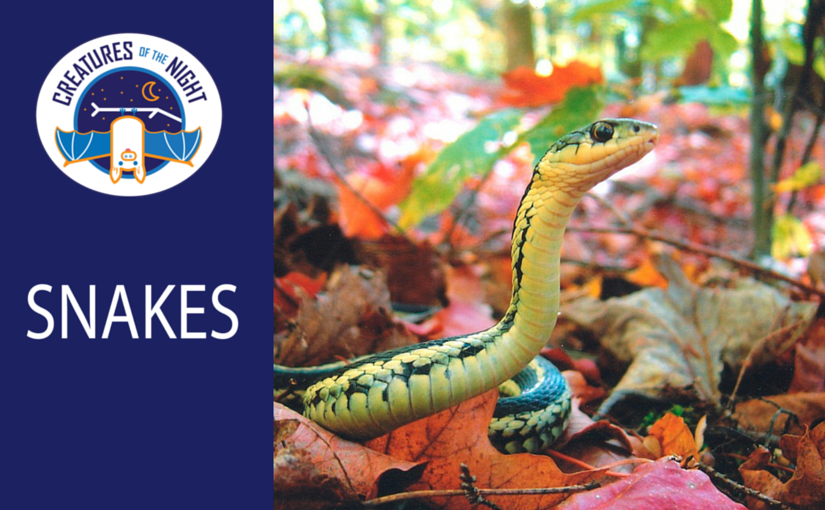 You might think that snakes are creatures of the night, slithering around in the dark, looking for prey and striking when they find it.

But you’d be wrong. Most of our snakes are active during the day, though the Eastern Massasauga Rattlesnake, Milksnake and Ring-necked Snake do come out at night.

Snakes are intriguing creatures, but they’re among the least understood in nature.

Here are some cool facts about snakes, courtesy of Kenton Otterbein, the head naturalist at Killbear Provincial Park.

You can find snakes near forest edges, streams and rivers, in woodlands, on rocky hillsides, and in farmlands – but how many snakes have you seen in your travels? Because snakes are so shy and well-camouflaged, they’re hard to spot.

2. That’s right: Ontario’s snakes — even the venomous ones — are timid creatures

The vast majority of snakes are completely harmless to humans – the rattlesnake is one exception – but they frighten most of us more than pretty well any other animal, which is interesting because snakes, including rattlesnakes, are timid and will go to great lengths to avoid contact with humans.

When they feel threatened, milksnakes will vibrate their tails, trying to look and sound like a venomous rattlesnake.

Snake skin looks shiny, so people often assume snakes feel slimy, but, in fact, their skin is smooth and dry to the touch.

Most snakes (Ring-neck Snakes are an exception) only come together to mate in the spring and early summer. Then the male and female immediately go their separate ways.

Whether snakes give live birth (like rattlesnakes, who produce up to 19 babies) or lay eggs (like milksnakes and ring-neck snakes), they are not at all maternal. The young are left to fend for themselves.

They’ll snack on voles, mice, lizards, frogs, tadpoles and bird eggs — sometimes even other snakes. Some (like rattlesnakes) kill their prey using venom. Others (like milksnakes) are constrictors that wrap their bodies around their prey and squeeze until it suffocates. Still others (like the Eastern Hog-nosed Snake) eat their prey live.

Snakes don’t have the right kind of teeth to chew, so they swallow their prey whole. A snake can consume prey that is three times the diameter of its head! One mouse can keep a snake fed for a week or more.

The Milksnake got its name because farmers blamed it for causing their cows to go dry, but Milksnakes don’t drink milk! They’re attracted to barns because they find mice there.

Rattlesnakes have an extra sense they use at night: heat sensors between their eyes and nostrils. This allows them to see thermal images of passing mice and voles.

Both Eastern Massasauga Rattlesnakes and Milksnakes are threatened species. In addition to natural predators like fishers and red shouldered hawks, these snakes are often killed on our roads, and their natural habitats are disappearing.

Snakes are an important part of our ecosystem and should never be killed.