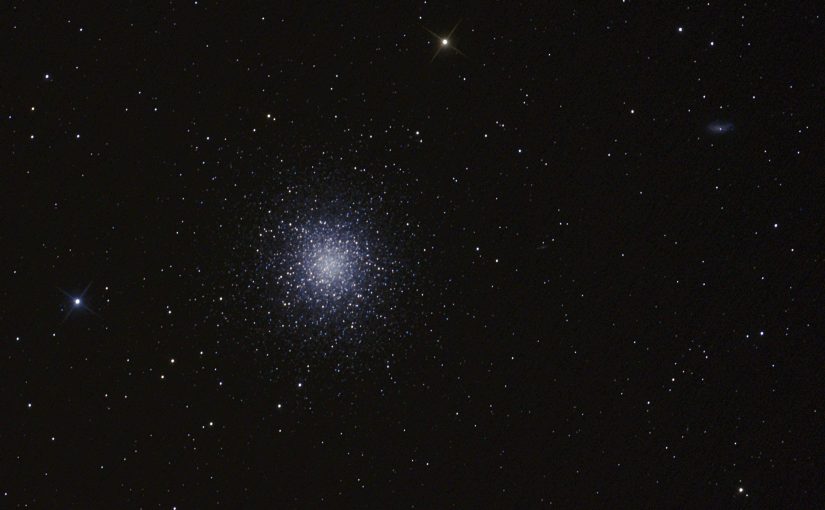 The story will start high in the sky, near Polaris the North Star, and plummet far to the south. However, the Greeks updated many constellations to stories of the heroes and villains outlined in their mythology.

Constellation stories often represent two types of purposes: to relate a moral truth or to relate a practical function. For example, the Haudenosaunee story of the bear chase tells us why the leaves change colour, when they change colour, and that the stars of the Big Dipper seem to move.

In this month’s featured story, we will learn about the destructive powers of boasting through the Greek mythological story of Queen Cassiopeia and her husband King Cepheus, and how their daughter Princess Andromeda is rescued from the clutches of a monster by Perseus. Queen Cassiopeia was married to King Cepheus of Ethiopia. They had an only child by the name of Andromeda.

Cassiopeia was very vain and often boasted that she and her daughter were the most beautiful of any that had ever lived. Andromeda was the opposite, polite and shy.

While the odd boast could be tolerated, the incessant way Cassiopeia went on about it infuriated the sea nymphs. In their anger, they turned to Poseidon, god of the oceans and seas, and asked for his help in destroying the kingdom of Cassiopeia and Cepheus.

Despite all attempts, any kind of battle against the creature failed. In their despair, King Cepheus went to the wise Oracle of Ammon (some say Delphi) in an attempt to figure out what could be done to stop Cetus. The Oracle suggested they sacrifice their only daughter to the mighty Cetus at the ancient shore of Jaffa. King Cepheus and Queen Cassiopeia accepted this fate, and sadly put Andromeda in shackles and left her for Cetus.

All would have been lost if it had not been for the timely return of Perseus.

Perseus, the demigod son of Zeus and Danae, was one of the greatest of all Greek heroes. Perseus was on Pegasus the flying horse when he saw poor Andromeda facing the mighty Cetus.

As he neared the shore of Jaffa, he asked Andromeda what was going on. Upon learning of her terrible predicament, he made a deal with King Cepheus and Queen Cassiopeia. He offered to free them of Cetus if he could have Andromeda’s hand in marriage. With King Cepheus’ and Queen Cassiopeia’s agreement to let him marry Andromeda, Perseus proceeded to the shoreline to confront the monster.

In the common story, Perseus slew Cetus with his diamond sword.

In another story, Perseus removed the protective cloth covering the head of the Medusa he had previously slain. Upon seeing the head, Cetus immediately turned to stone. According to this story, these remnants can still be seen today. Cassiopeia’s constellation faces repercussions from this story. Cassiopeia is close to the North Star, and never sinks below the horizon as it rotates in plain sight around the North Star.

This has been interpreted in two ways. The first is that she spends half her time hanging from her throne. The second interpretation relates to the representation of the horizon as water. It states that she was never able to bath because she could never reach the horizon.

Both of these insults are punishment for her bad behaviour and boastfulness.

Like the story? Read about another featured constellation here.